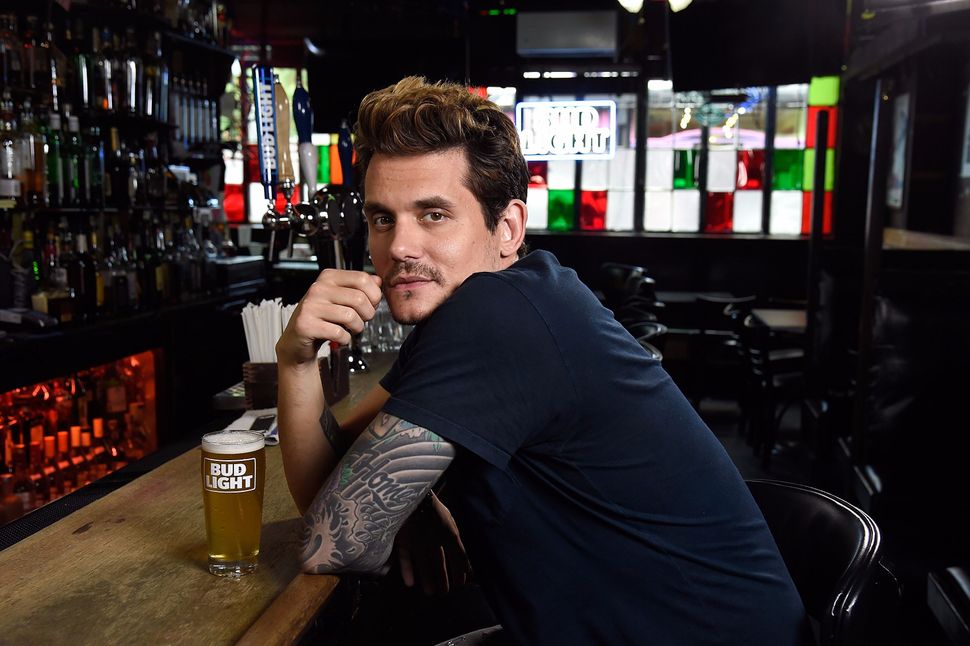 John Mayer, the half-Jewish favorite lover of future VMA host Katy Perry, has been known to tweet a lot of things, most recently this:

Where are we on body wash?

When someone pulls remaining dates of a tour, it means they would have done real damage to themselves if they kept going. 1/2

We’ve lost so many great artists lately. I give Justin ???? for realizing it was time to call it. You should too. 2/2

In an interview with Variety, Mayer said, “There are a hundred different reasons you can give for canceling a tour. I think the one that goes, ‘I think I’m done’ is the bravest and healthiest one. You can’t send someone else to do the gig; you’ve got to do it. And at that age — I’m 39 and only now beginning to feel like I can weather the storm. You have to apply a certain amount of grace to younger people, who are developing into that.”

Bieber announced the tour’s cancellation on Monday and, although the rumor that he was taking time off to worship Jesus spread like wildfire, the singer has yet to confirm exactly why the tour was cancelled.

Mayer’s support of Bieber is a refreshing example of men supporting men in the music industry. I just wonder what the pet monkey Justin Bieber abandoned at Germany’s border in 2013 would have to say about all of this.