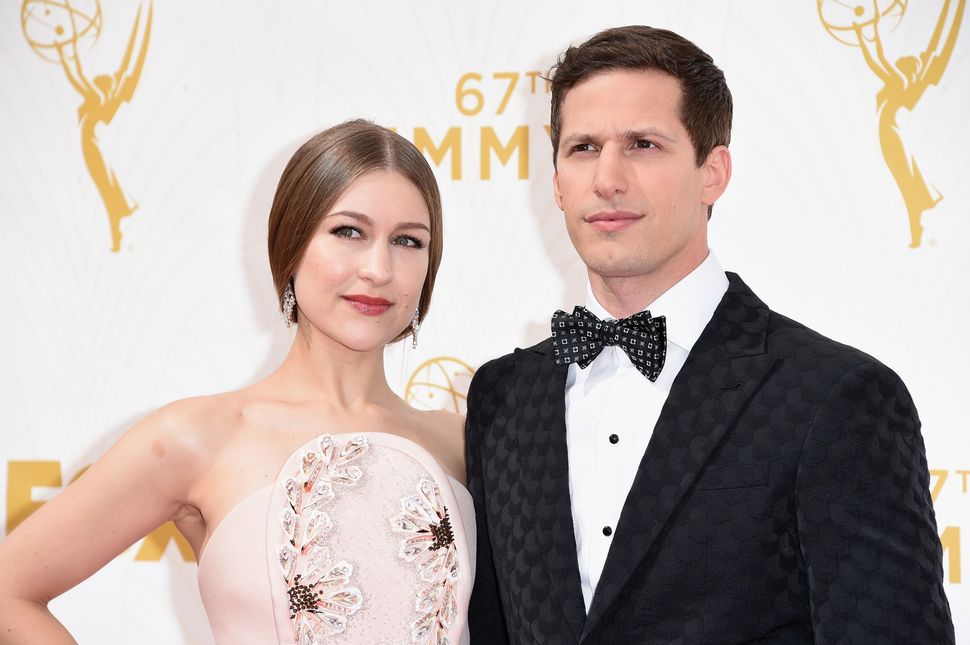 Comedian Andy Samberg and harpist Joanna Newsom have welcomed a new baby girl, in what media reports are calling a “surprise” following a “secret” pregnancy. The news was released exclusively from Samberg’s representatives to Us Weekly.

This news brings forth both unbridled joy and a lot of questions. Was the birth a “surprise” to Newsom, or Samberg? Why is Andy Samberg keeping so many secrets from me? If you’re going to release the news of the birth of your first child to just one news outlet, why would you choose Us Weekly?

Samberg, 38, and Newsom, 35, have been married for four years. This is the couple’s first child, but it was once not clear if they would have children at all. In January 2016, Samberg said he wanted to have babies “someday,” but added,“I don’t think a baby is something that you should do because other people are doing it.” Now, I agree, but why would you say that? Is it possible that this was Samberg laying the trap early for the surprise?

Samberg is well known in the Jewish world and every other world for his irreverent comedy on “Saturday Night Live” and his hit TV vehicle, “Brooklyn 99.” Newsom is an impossibly lovely and accomplished musician who comes out with well-received harp albums with titles like “The Milk-Eyed Mender.” I resent that now, in order to land a nice Jewish boy who has made a few videos, you need to be a renaissance-era harp-playing milkmaid.

Newsom is not Jewish, and in 2014 Samberg told Chelsea Handler that he and Newsom “haven’t figured it out yet,” “it” being the religion of their future children. Intermarriage is a piping-hot issue of our time, but where are the op-eds decrying marriages between comedians and harp players? The continuity of Jewish humor is on the line. If I am not “surprised” by news of a “secret” Newsom-Sandberg bat mitzvah in about 13 years I will be writing one of those articles myself.

Despite all this, Samberg and Newsom’s relationship seems rock solid. Talking about her husband, Newsom confessed to Larry King: “He’s the person I would most want to hang out with at any given moment. He’s probably the biggest superfan of my music.”

Andy Samberg is a harp “superfan.” Great, now I am surprise-pregnant with his baby. I’ll have to wait till Us Weekly gets the exclusive report to know when I’m due.