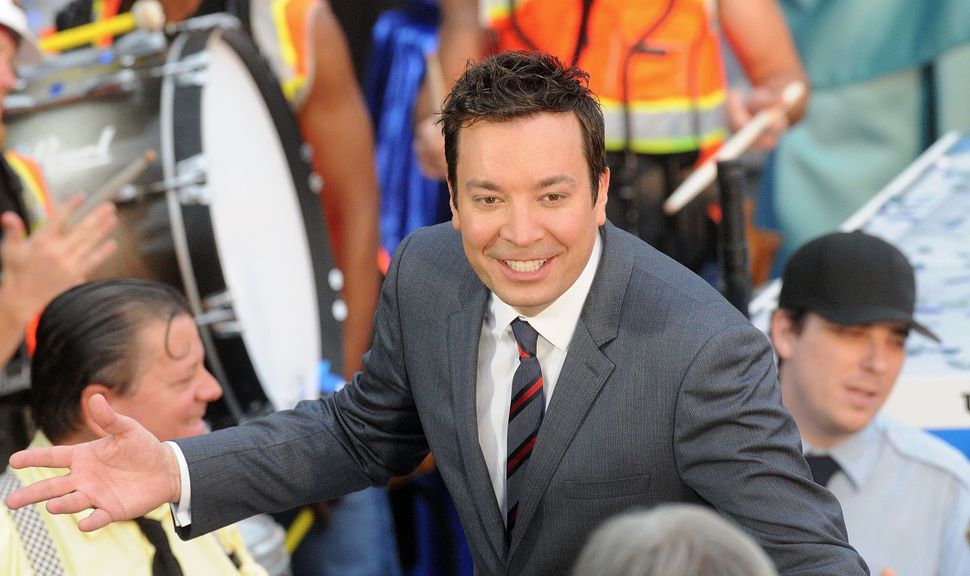 I could never really explain my distaste for Jimmy Fallon until I visited Munich during Oktoberfest a few years back. I entered a beer tent to thousands of glassy-eyed revelers partaking in that most hedonistic of human activities — drinking until you lose consciousness.

“Jimmy Fallon would love this,” I thought, and just like that, I understood where my feelings for him came from. It’s not to say I have anything against Oktoberfest (on the contrary!) but I realized in that instant that hedonism is exactly what Jimmy Fallon represents. His comedy is the product not of suffering but of having grown up white, male, and economically secure. It has no substance because it’s not saying anything.

There’s nothing wrong with enjoying this kind of humor and I’m also not saying that Fallon himself doesn’t know pain, although “a knowledge of pain” is certainly not Fallon’s brand. That I don’t personally appreciate comedy rooted in happiness is neither here nor there. But when a commitment to keeping it light means failing to stand up for the people who don’t have that option — those whose rights are in very real and present danger in this country — it becomes a problem.

Jimmy Fallon is being lauded for his condemnation of Donald Trump Tuesday night. But what people are missing is this: after months of ignoring the terror the Trump administration has wrought upon this country — particularly upon women, immigrants, Jews, people of color, the LGBTQ community — it took actual Nazis marching in the streets for Fallon to finally speak up.

“Even though ‘The Tonight Show’ isn’t a political show, it’s my responsibility to stand up for intolerance and extremism as a human being,” Fallon said before launching into an admonishment of Trump’s refusal to denounce the Charlottesville white supremacists. “I was watching the news like everybody else and you’re seeing Nazi flags and torches and white supremacists and I was sick to my stomach. My daughters were playing in the next room playing and I was thinking, how can I explain to them that there is so much hatred in this world. They are two and four. They don’t know what hate is.”

There is a reason we do not watch movies about 1930s Germany that do not in some significant way feature the Holocaust. It would be a bizarre, indefensible, and irresponsible artistic choice to make such a movie, as if the Holocaust didn’t intimately affect the lives of every German, Jewish and otherwise, during that period. Though we cannot compare modern America to the horrors of Nazi Germany, we cannot pretend the ascendence of Donald Trump isn’t a starkly present backdrop in the lives of all Americans right now. Progress is being undone, civil rights are being challenged, and the threat of white supremacy is more explicitly vocal than it has been in years.

In this world, silence is complicity. This goes for all people, especially those who have benefited and continue to benefit from the very white supremacy those marching in Charlottesville this past weekend are fighting to preserve. But it especially goes for someone like Jimmy Fallon, who has a platform and an audience whose apoliticism — the reason, perhaps, many of them choose to tune in to Fallon’s show — must be challenged for the sake of this country’s well-being.

Jimmy Fallon’s long-awaited condemnation of Donald Trump is appreciated but I’m saddened by how long this man took to acknowledge the reality of what’s going on in America. It doesn’t matter if your show is political or not. It hasn’t mattered for a long time.