Here’s To Jerry Lewis And Dean Martin, The Original Taylor And Katy 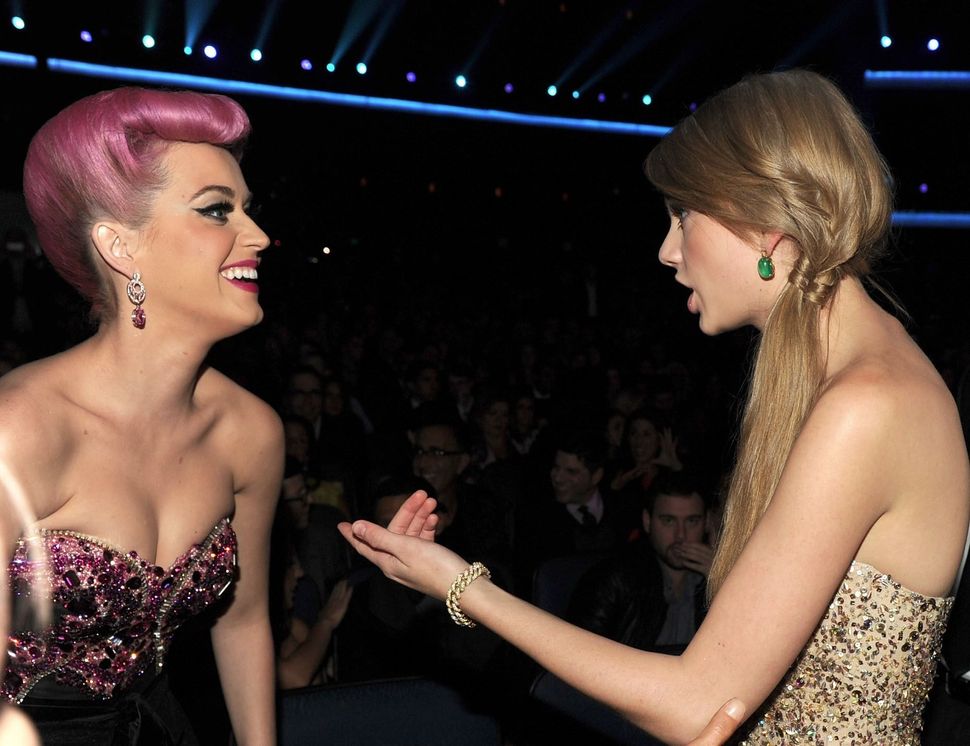 Sometimes, it can seem like Taylor Swift and Katy Perry invented the celebrity feud. But decades before Swift accused Perry of stealing her backup dancers in cold blood, Jerry Lewis and Dean Martin hated each other.

In the wake of Lewis’s death, a video is making the rounds of Frank Sinatra, in true “Real Housewives of New York City” fashion, hosting a surprise reunion on national television for the two former partners.

Martin and Lewis each made up one half of a remarkably successful vaudeville act, popular in the late 1940s, and went on to make over 15 films together before splitting in the mid-1950s. How did this act work so well? According to Jerry Lewis, the two men had a monopoly on pretty much every demographic, with Martin attracting the “men, women, and Italians” and Lewis bringing in the “kids, women, and Jews.”

Their eventual split was not amicable. Martin, allegedly, was filled with bitterness over a perception — probably accurate — that Lewis was getting the good parts and all of the attention while Martin was stuck playing the straight man with the pretty face.

The men parted ways and both went on to have robust careers separate from one another before fabulous singer/famous misogynist, Sinatra, surprised them with each other on national television. Lucky for Sinatra, by the time he forced a reunion on the performers, they were about ready to reconcile on their own. After that fated day, Lewis says the two stars spoke regularly until Martin’s death.

Of course, Oprah wasn’t around yet when Sinatra pulled the stunt but she is now and there’s no reason Perry and Swift should have to wait 20 years before making amends. We know it’s possible, we’ve seen it done, and I think it’s about time for Oprah, like Sinatra before her, to take a stand and tell Swift and Perry it’s time to call stolen backup dancers bygones and burn a picture of John Mayer together.

Here’s To Jerry Lewis And Dean Martin, The Original Taylor And Katy