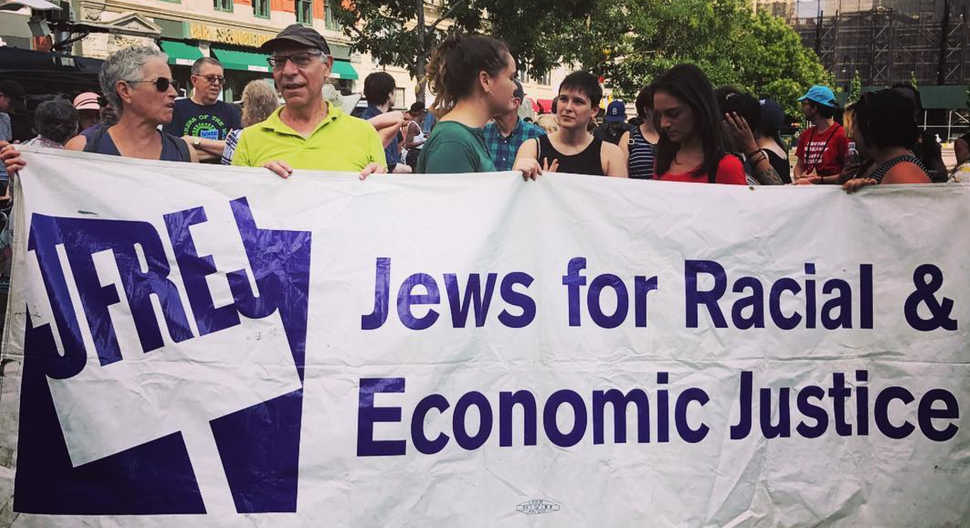 I don’t know of many, or any, instances of Asian groups supporting Jewish people in instances of anti-Semitism.

Even if I searched the Internet from Amazon to Zappos without finding an example of Asian/Jewish activism (unlikely), I would not conclude that Asian people are self-serving racists, and therefore not worthy of my activism. That would be preposterous.

So I was surprised when a normally inclusive and anti-oppressive social media page did just that.

I guess this is the creeping leftist anti-Semitism my annoying, elderly Facebook friends warned me about! Fearful older Jews: 1, Hopeful millennials: 0

This week, a popular social media page, “The Love Life Of An Asian Guy”, posted an explanation for why its founder, Ranier Maningding, does not choose to “[speak] up for Jewish people and anti-Semitism.”

Maningding’s site (which I have enjoyed countless times) offers funny, accessible takes on issues of racial injustice, specifically injustice towards Asian people. He clarified in the post that while he doesn’t “condone anti-Semitism,” he does not need to respond to incidents of it because he “never see[s] statements from Jewish orgs” condemning instances of racism perpetrated by Jewish celebrities like Lena Dunham and Adam Sandler.

So what’s up? Why do Jewish activists only show up when they want our help, yet they never come and check their problematic peers? They want to be included in the umbrella of POC yet sooooo many Jewish activists won’t even acknowledge how whiteness and Jewish identities intersect.

“The Love Life Of An Asian Guy” does powerful, necessary work to reveal and explore racism in our culture. It has contributed to my personal education many times. I would like to return the favor.

Here is an incomplete list of explicitly Jewish groups that are devoted to pursuing social and racial justice:

Jewish Social Justice Roundtable: To begin, there are actually so many Jewish social justice groups that a whole group exists just to unify them. JSJR exists to train Jewish activists and make individual justice organizations stronger. But wait! Jews represent a whole TWO whole percent of Americans! Maybe they should have a second mobilizing umbrella network for their many justice organizations? Don’t worry, they do — it’s called Join For Justice and it works to make Jews join for justice.

Jews For Racial And Economic Justice (JFREJ): One group Ranier Mandingding might enjoy partnering with is Jews For Racial and Economic Justice, which, according to its own mission statement, “is laying the groundwork for Jewish communities to play an impactful role in a powerful movement for justice.” One of the group’s leaders, Sophie Ellman-Golan, who also helped organize the Women’s March, recently published an article in this publication titled, “Worried About Anti-Semitism? Practice The Tolerance You Preach,” which highlights Mandingding’s point without calling an entire ethnic and religious group, “RACIST AS F**K.”

The Anti-Defamation League (ADL): Perhaps because the ADL exists, famously, to “stop the defamation of the Jewish people,” many forget that the second half of the group’s mission statement is, “to secure justice and fair treatment for all.” But don’t believe it just because it’s in the mission statement! Believe it because the ADL drafted the first hate crime legislation in America, because 45 states have hate crime laws based on the ADL model, and because initiatives like the ADL’s #50StatesAgainstHate, which began in response to the tragic 2015 shooting in Charleston, work for all minority groups, not just Jews.

The Religious Action Center (RAC): If I had a Facebook following of 200,000 people, I would go on and on about the RAC’s remarkable 50 year history of making legislative equality work the business of the Jewish people. But as time is short, I’ll just leave you with this cool fact: The 1964 Civil Rights Act and 1965 Voting Rights Act were drafted at the RAC.

Avodah: Avodah, which means “work” in Hebrew, exists to recruit young Jewish adults and train them to be activists and leaders before all else. Cool stuff.

Bend The Arc: No person could continue to think “Jewish activists only show up when they want our help” after spending one minute with the justice loving activists at Bend The Arc. The group works by “bringing together Jews from across the country to advocate and organize for a more just and equal society.” Current campaigns include criminal justice reform in California, Jews for $15 minimum wage, new legislation to ensure voting rights, fair immigration reform, rights for domestic workers, and more.

T’ruah: “T’ruah” evokes the sound of the shofar, the ram’s horn whose blaring call asks us to “wake up.” The group is an international network of rabbis and cantors who do work like educating Jewish communities about the evils of mass incarceration and demanding fair labor conditions in Florida tomato fields.

Resetting The Table: A unique and effective Jewish Justice group, Resetting The Table engages solely in dialogue across political and social divides within Judaism, essentially helping Jews address hate and discord within our own community so we can do better elsewhere. It’s not as eye-catching as a meme of Scarlett Johannson, but it’s something!

Every Synagogue I Have Ever Attended: I have never been in a community of Jews that didn’t have multiple task forces of eager volunteers committed to combatting injustice. If Mr. Mandingding is ever in San Francisco he is welcome to my home synagogue’s Black and Jewish unity group, where the snacks are excellent.

I could go on and on. Jews are disproportionately represented in the leadership of the radically intersectional women’s march. One of the founders of Black Lives Matter was born and raised a Jew. Jews are taking it upon themselves to speak out against racism against Asian students who are profiled in the college admissions process because we remember when we, as a community, were profiled in the college admissions process.

But none of this should have to be said. If no Jews ever lifted a finger for another community, it wouldn’t make anti-Semitism, or standing idly by anti-Semitism, morally permissible. One commenter put it perfectly. “We shouldn’t have to participate in other movements in order to get basic respect. It feels like we are the only group whose intersectionality is conditional on how much we do for others,” she wrote.

To claim that Jews don’t deserve protection against discrimination because of our failure to perfectly address the intersection between our current and former racial identities is hateful.

I believe that most Jews can and should be doing more to combat personal and communal racism. But to say, “Jewish activists communities NEVER seem to show up on behalf of their people to stand in solidarity with POC” is just wretchedly and unfairly false.

Under its veneer of righteousness, Mandingding’s post is fairly typical latent anti-Semitism. And like all anti-Semitism, it can be combatted with better awareness and knowledge. “The Love Life Of An Asian Guy” has helped me check my latent racism and bias for a while now. It’s time to return the favor.