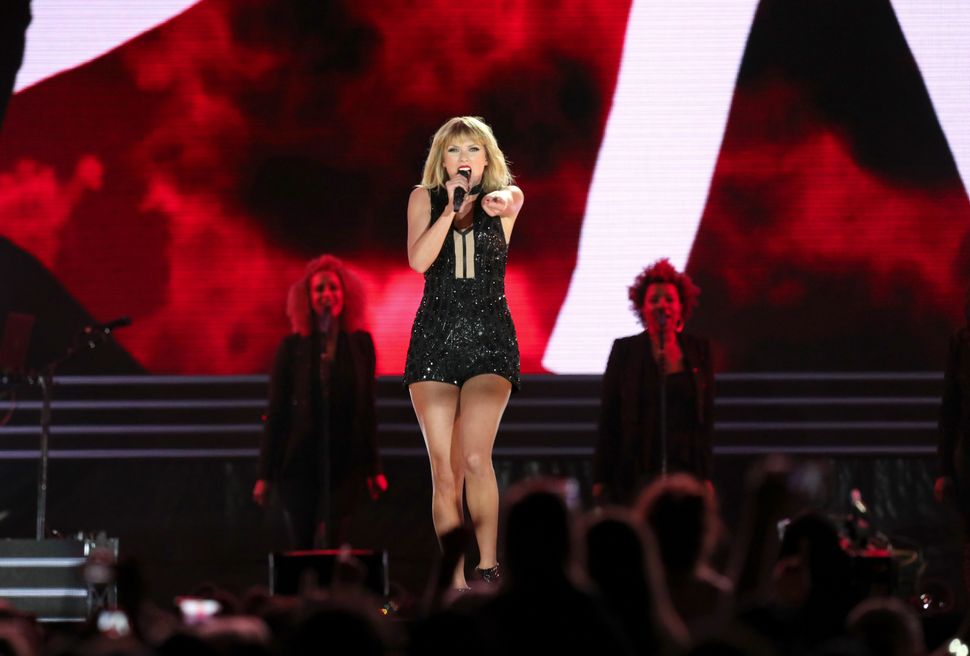 The music world is abuzz with rumors about Taylor Swift’s new single “Look What You Made Me Do.” Is it about Kanye West and Kim Kardashian? Or is it an ode to Arya Stark from “Game of Thrones”?

Meanwhile, over at Breitbart, someone is using Swift’s lyrics to send their own, equally chilling message. 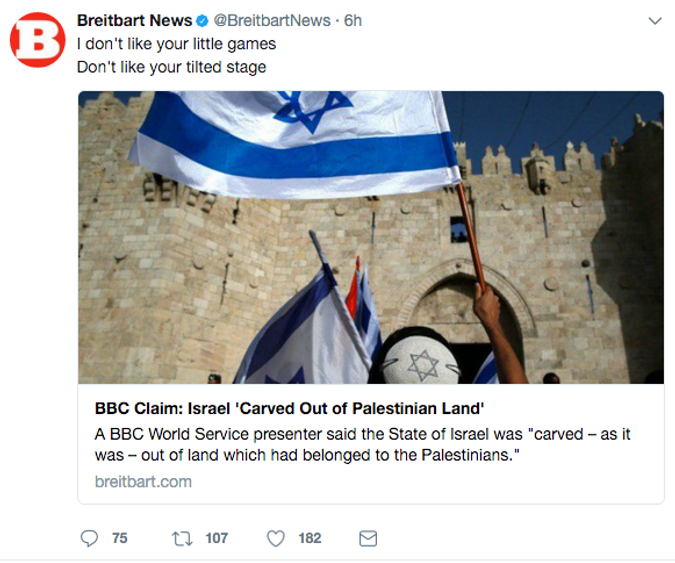 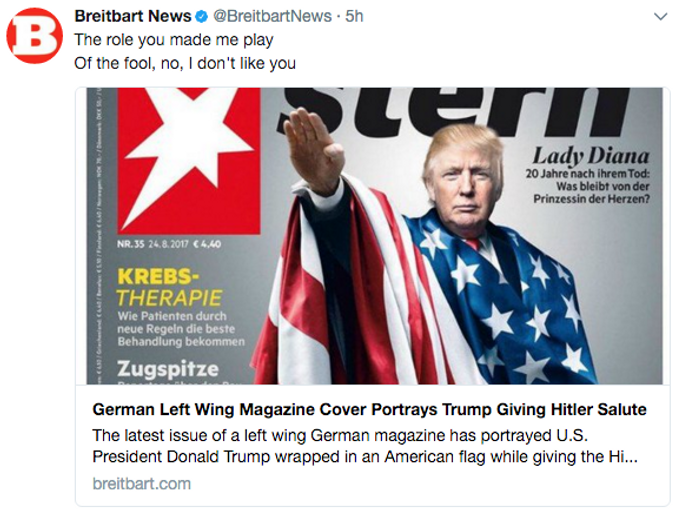 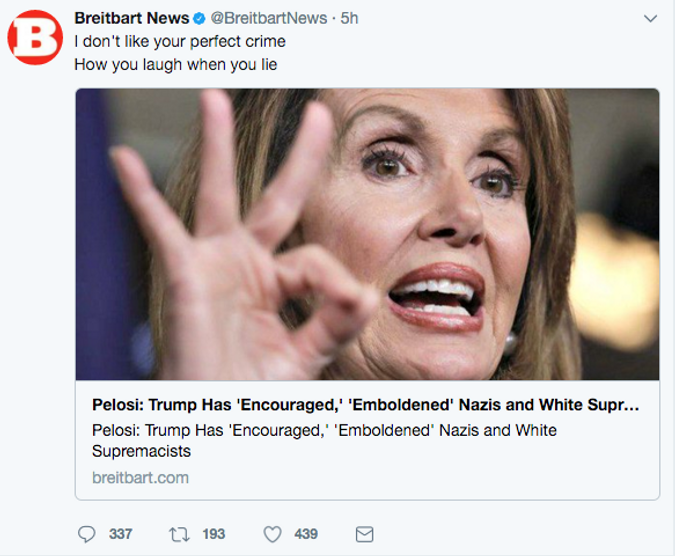 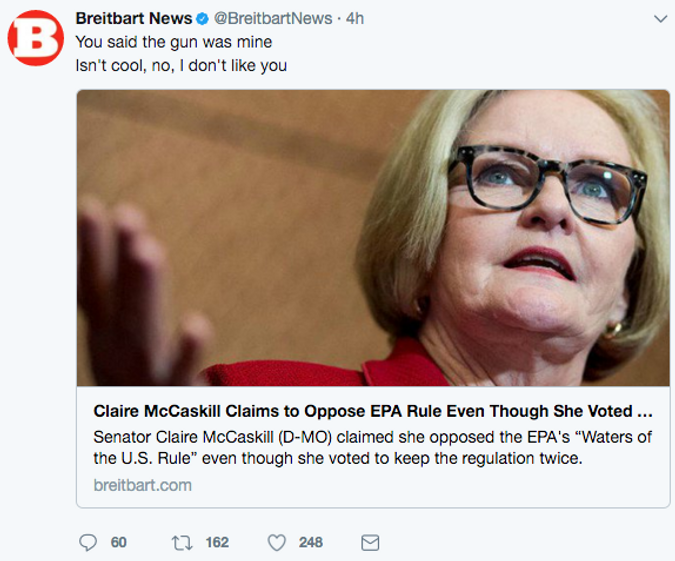 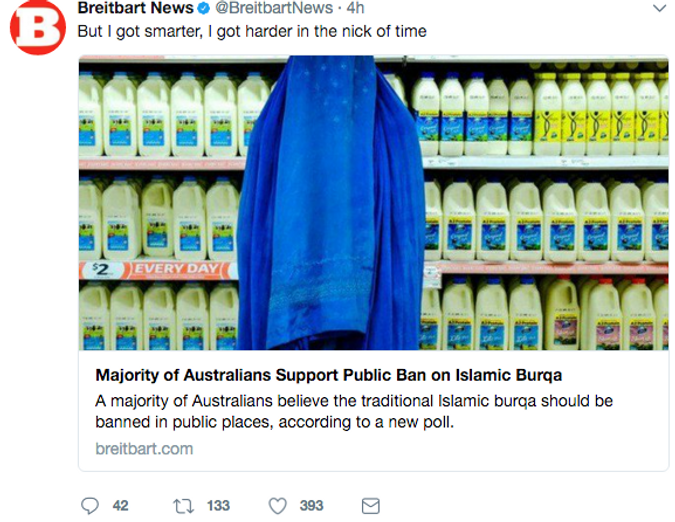 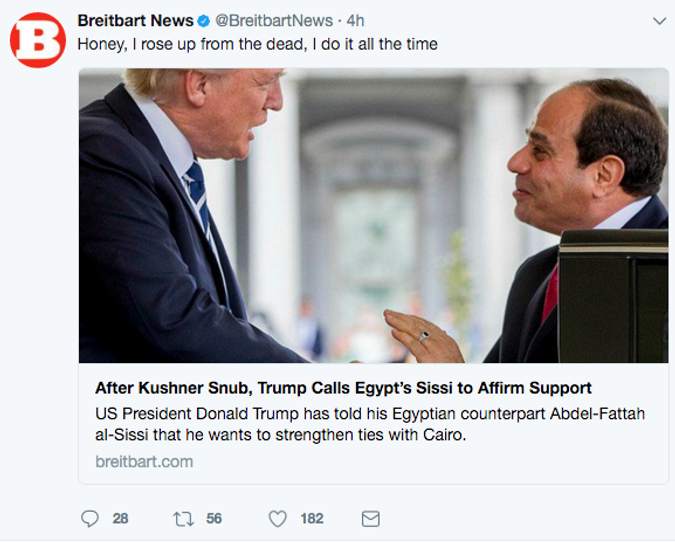 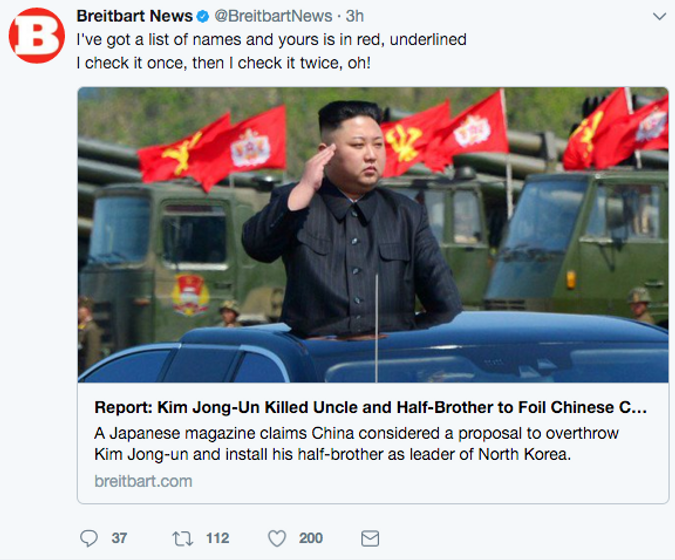 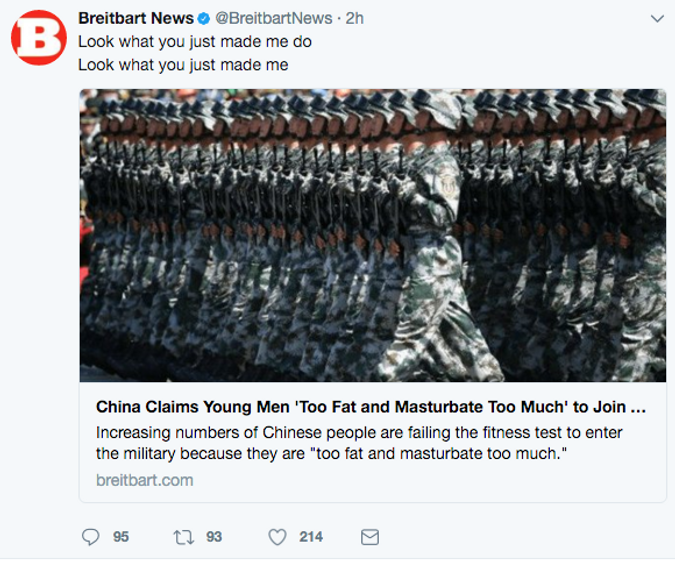 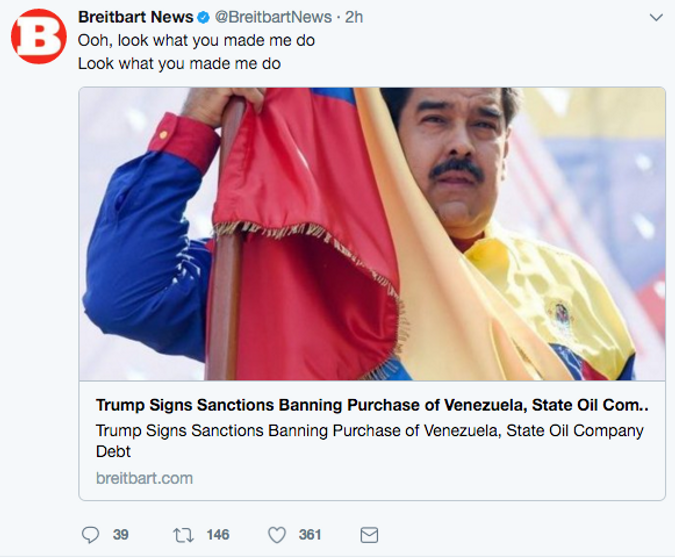 What exactly is Breitbart trying to get across? Is the social media editor finally admitting that Breitbart is a performance art piece that has gone too far? Is Steve Bannon also threatening Kanye West and Kim Kardashian? Who are these messages meant for? The Democrats? The New York Times? Katy Perry?

OR what if it’s something more sinister? What if someone — perhaps someone who has been recently wronged and also has access to Breitbart’s Twitter page — is sending someone else — someone who, perhaps, relied on that person to become President of the United States, only to later turn around and fire them — a threatening message?

Well, by jove. I believe it may be so.