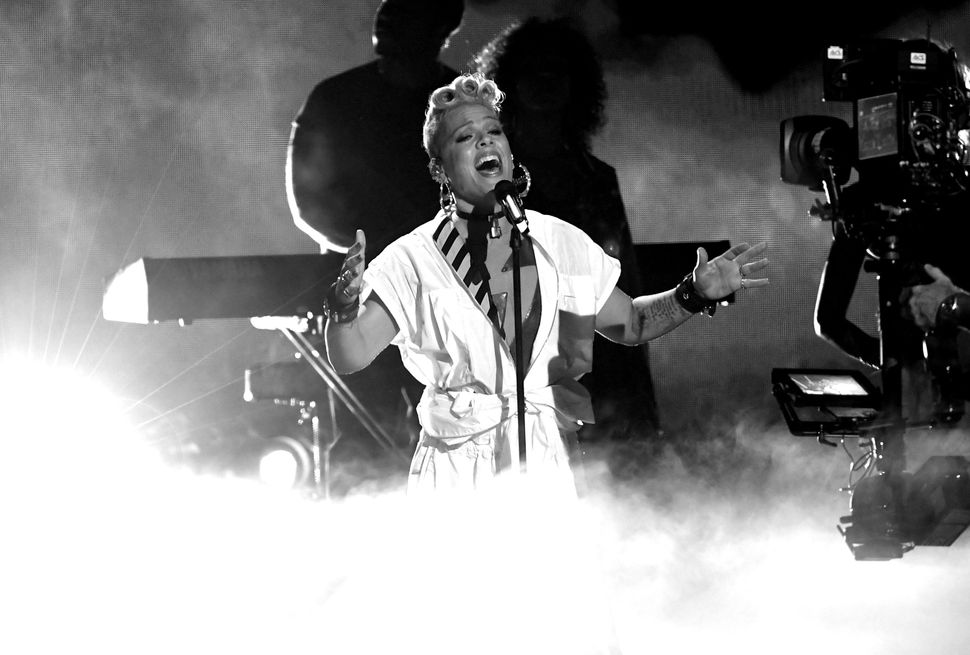 Nevertheless, the Jews managed to make the VMAs their own in the oddest of ways: symbolic banana consumption, Jewish stars of both the filigreed and yellow variety, and an unlikely but welcome nod from Michael Jackson’s daughter. Let’s take a look.

Musician Jack Antonoff, infamous for being the inspiration behind Lena Dunham’s article that compares Jewish men to badly behaved pets as well as for recent collaborations with Taylor Swift, indulged in irreverent banana consumption during host Katy Perry’s opening monologue at the VMAs. Critics are split on whether this move was a diss to Swift’s rival Perry, or if Antonoff was merely hungry. Regardless, phallic symbols as a distraction from female leadership are always in bad taste, and Antonoff looked like the most badly-behaved boy at Jewish summer camp as he did it. 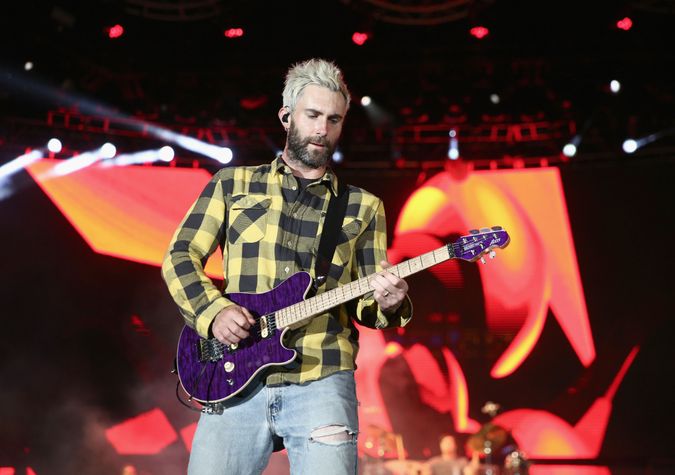 Yet another grumpy Jewish man found time to complain about choosing to attend an evening devoted to music videos, this time in the form of “Maroon 5” frontman Adam Levine. He tweeted expletives about the “utterly horrible” award show. But before you can think of a burn that targets Levine’s harsh tweets and his unwise hairdo, consider the context: Levine was geshrying over the award show’s disregard of talented young female singers, like the Jew-y, overly-bleached feminist ally he is. Throw in the show’s disregard of Kesha’s fabulous new music, Adam, and we’re with you! 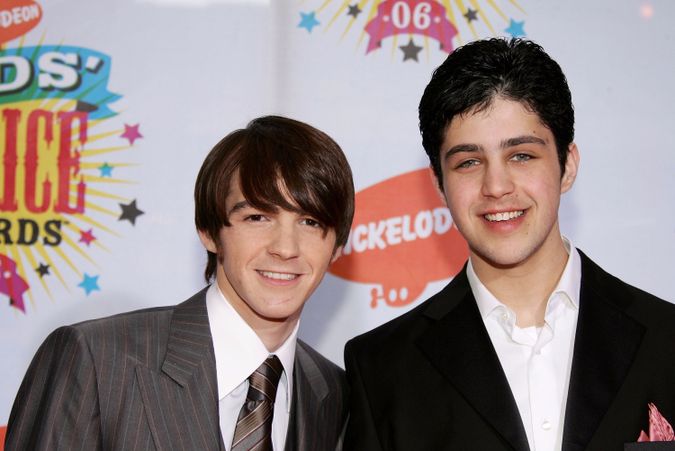 Bell and Peck in happier times Image by Getty Images

Drake and Josh Made Up

The beef between these two out-to-pasture Nickelodeon stars is less Taylor VS. Katy and more two middle school boys fighting over who is better at foosball. Drake Bell and Josh Peck (who is Jewish) played step-brothers for four glorious seasons of “Drake and Josh,” but over ten years later Peck excited Bell’s well-publicized Twitter wrath by not inviting the 31 year-old actor to his wedding in June. Bell issued a series of now-deleted Good Charlotte lyric-style tweets, including, “True colors have come out today…Message is loud and clear. Ties officially cut. I’ll miss you brotha.” This all ended not with a bang but with a whimper (we imagine) issued during a very publicized hug the two shared at the VMAs.

P!NK Gave A Miraculous Speech About Gender Expression and Change

Count on P!NK to be a rock in an evening focused on diamonds. The singer rode a tractor around the stage, accepted the MTV Video Vanguard Award, and gave a stirring personal plea for not teaching children to hate themselves that is more than worth your two minutes and fifty-one seconds. 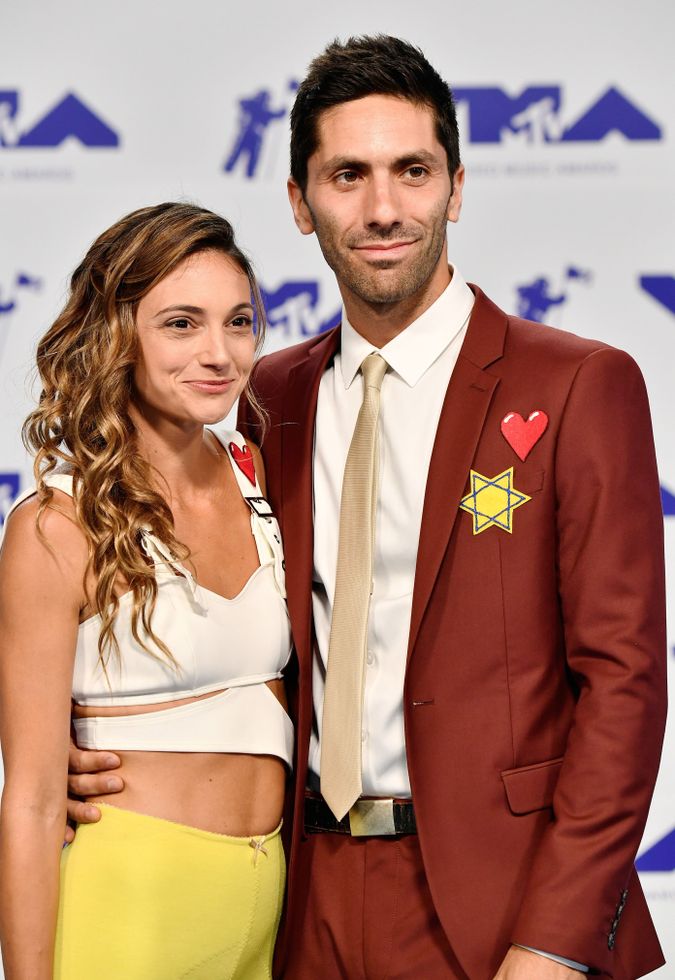 Nev Schulman Wore a Yellow Star of David Badge In a show of resistance that picked up where Billy Joel left off at his Madison Square Garden concert last week, “Catfish” star Nev Schulman pinned a yellow star to his VMAs outfit. In a defiant statement to Page Six, he said:

Since the unbelievable display of anti-Semitism and also with the white supremacy in Charlottesville, there’s been an alarming rise of anti-Semitism across the country in the last few weeks. People who somehow now think it’s OK to vandalize synagogues or in Boston, someone smashed the Holocaust memorial. It’s scary because we can’t live in a country that allows for this hatred to be displayed on a regular basis without some kind of show on the other side. It’s one thing to condemn the actions, but I think it’s important that we all visibly show like, ‘Hey, you might think it’s OK to speak negatively or to have hate towards one group, but you know people in that group, and even though you don’t realize it, we feel that.’ 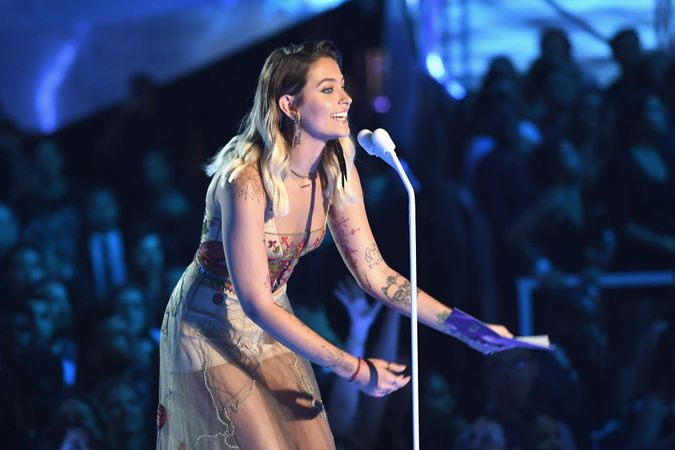 We must show these Nazi, white-supremacist jerks in Charlottesville and all over the country that as a nation with liberty as our slogan we have zero tolerance for their violence, their hatred and their discrimination. 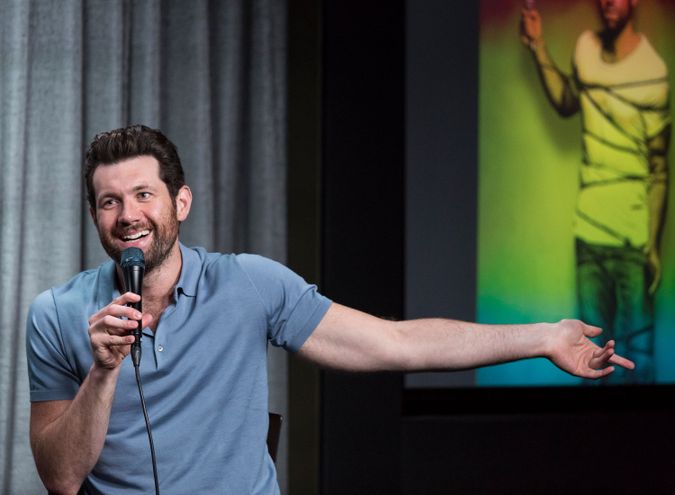 With impeccable facial hair landscaping and an ardent commitment to journalism, Billy Eichner’s skit with Katy Perry provided one of the rare funny moments of the evening. “Was ‘I Kissed A Girl’ about Rachel Maddow?” Eichner demanded.

Jenny Singer is a writer for the Forward. You can reach her at [email protected] or on Twitter [@jeanvaljenny)(https://twitter.com/JeanValjenny)