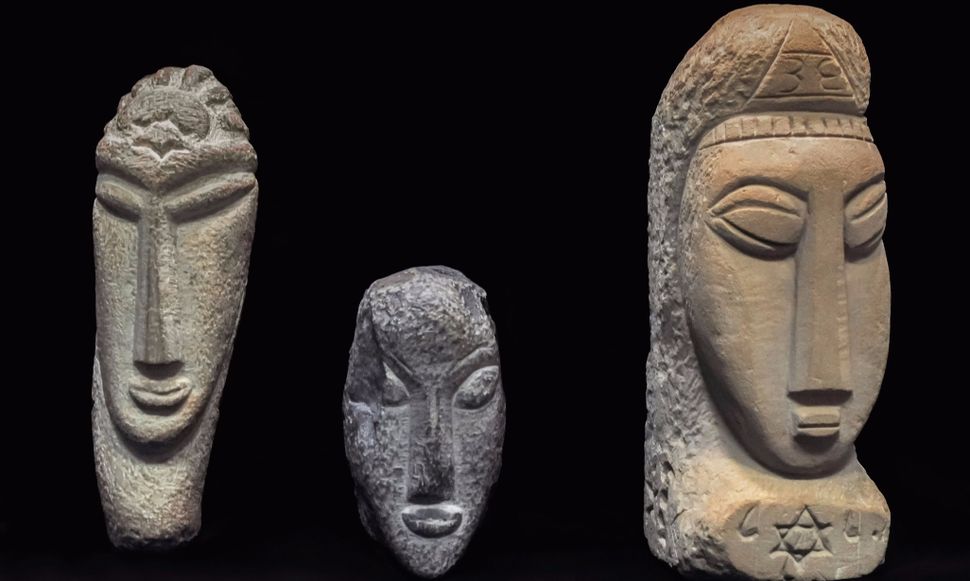 September, for many of us, will be focused on the High Holidays. Still, Rosh Hashanah and Yom Kippur needn’t take up all of your time. Spend what’s left on some of the month’s most exciting cultural events – and, of course, eating plenty of apples and honey.

1) See the United States debut of a thrilling new ballet

To see the 1948 film “The Red Shoes” is to love it, but the movie has proven notably difficult to adapt into new mediums. Yet reviews for choreographer Matthew Bourne’s wordless version, a ballet that premiered at London’s Sadlers Wells last year, have been positive. The ballet, set to a score by composer Bernard Herrmann, kicks off a U.S. tour with a run at Los Angeles’s Ahmanson Theatre beginning September 15.

Rakowitz’s work has often touched on the troubled history of Iraqi Jews, of whom he is one. Beginning September 16, catch the first United States museum survey of his work at the Museum of Contemporary Art Chicago. Titled “Backstroke of the West,” the exhibit will include his monumental ongoing project “The invisible enemy should not exist.” Begun in 2007, the work consists of an effort to, as the Museum puts it, “fabricate at full scale every single item looted from the Iraqi National Museum.”

Bernstein, one of the United States’ greatest composers and conductors, was born in August 1918, but celebrations of his centenary will kick off nearly a year in advance. On September 22, mark the festivities’ official start at Washington D.C.’s Kennedy Center with the concert “Bernstein on Broadway,” featuring selections from the Bernstein-penned musicals “West Side Story,” “Candide” and “Wonderful Town.” If you can’t make the concert, stop by the Center for the Grammy Museum’s traveling exhibit “Leonard Bernstein at 100.”

4) Take in some rarely-displayed drawings by Amedeo Modigliani

Modigliani, an Italian Sephardic Jew who died of tuberculosis at the age of 35, is considered one of the greatest artists of the early 20th century. In mid-September, Manhattan’s Jewish Museum will mount an exhibit of some of the artist’s early drawings, a portion of which have never before been shown in the United States. “Modigliani Unmasked” will focus on Modigliani’s work following his 1906 arrival in Paris, a time of social upheaval reflected in his art; his drawings from the period will be displayed alongside a number of his paintings and sculptures.

5) Explore Mexico through the eyes of writer Anita Brenner

Brenner was born to a Jewish family in Mexico but raised in the United States, not returning to her native country until the Mexican Revolution ended in 1920. A writer and scholar, she was fascinated by her homeland, becoming one of the foremost chroniclers of its cultural history. Los Angeles’s Skirball Center will explore that history in the exhibit “Another Promised Land: Anita Brenner’s Mexico,” opening September 14.

September will bring the release of two much-anticipated movies: Aronofsky’s “Mother!,” which the director has kept carefully shrouded in secrecy, and the happily over-the-top “Kingsman: The Golden Circle,” written by Jane Goldman. See “Mother!” if you love a thrill, and expect excellent performances from Jennifer Lawrence, Javier Bardem, Ed Harris and Michelle Pfeiffer. See “Kingsman: The Golden Circle” if you like car chases, Channing Tatum, and English spies in very good suits.

7) Get literary at Brooklyn Book Festival

Where can you see André Aciman, Jonathan Safran Foer, Maira Kalman and Rivka Galchen in the space of one week? Why, Brooklyn Book Festival, which takes over New York’s bookstores between September 11 and 17. Go to bask in the presence of your favorite authors, hear some hopefully scintillating literary conversations, and check out publishers’ best new releases.

When the Belgian theater director Ivo Van Hove brought his production of Arthur Miller’s “A View From the Bridge” to New York, New York Times critic Ben Brantley deemed it “magnificent,” then went on to warn readers they would leave the show “wrung out, scooped out and so exhausted that you’re wide awake.” If that’s your cup of tea, catch the same show – with different stars – at Chicago’s Goodman Theatre, starting September 9.

9) Become immersed in the history of Jewish art

There aren’t many artists who’ve gained popular acclaim for taking on Jewish subjects: Marc Chagall, certainly, and…who else? Learn who you should know about, and don’t, through Georgetown University art historian Ori Soltes’s Edlavitch DCJCC lecture “Three Millenia of Jewish Art,” presented on September 14. Distilled from his book “Tradition and Transformation: Three Millennia of Jewish Art & Architecture,” the lecture will cover the rich, too-often overlooked aesthetic culture of Jews from Ancient Rome to the present day.

10) See Shakespeare get the “Wicked” treatment

Starting September 13, “As You Like It,” Shakespeare’s winding, melancholy comedy of cross-dressing, exile and pastoral romance, gets a makeover from “Wicked” composer Stephen Schwartz at Manhattan’s Classic Stage Company. Transposed into the Jazz Age, the show promises a heady escape.

11) Read some of the fall’s best new books

Reference our summer book guide for September recommendations, among them new novels by Nicole Krauss and Naomi Alderman, Daniel Mendelsohn’s memoir “An Odyssey,” and Richard Elliott Friedman’s investigation of the historical truth behind the story of the Exodus. Also out this month, and worth a look, are the late Shimon Peres’s “No Room for Small Dreams: Courage, Imagination, and the Making of Modern Israel,” Franklin Foer’s “World Without Mind: The Existential Threat of Big Tech,” and Ellen Ullman’s “Life In Code: A Personal History of Technology.”