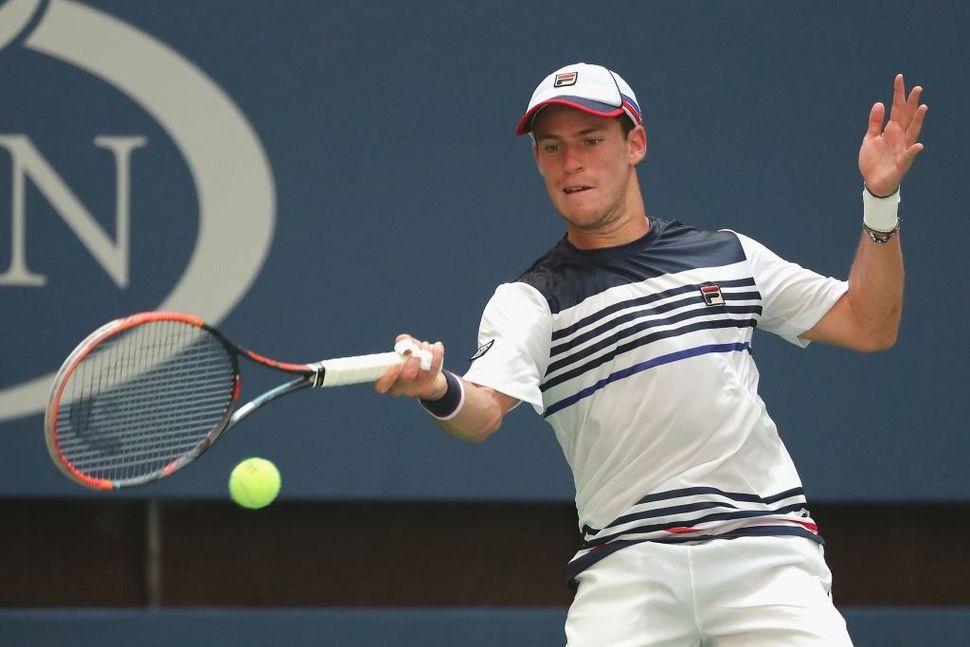 Diego Schwartzman — no, that’s not just some 13 year-old Jewish kid’s adopted name for his 8th grade Spanish class. It’s the name of the greatest Jewish tennis player in the world right now.

Though carrying a reputation as a clay court specialist, Argentinian tennis player Diego Schwartzman made his deepest run yet in a major tournament on hard court this month, reaching the quarterfinals of the U.S. Open before losing on Tuesday to the 12th-seeded Pablo Carreno Busta in straight sets. During his run, Schwartzman upset fifth-seeded Marin Cilic, who stands nearly a foot taller than Schwartzman and won the tournament in 2014, and Lucas Pouille, the 16 seed.

At only five feet, seven inches tall and 141 pounds, every match is a Diego vs. Goliath challenge for the Argentinian Jew. But what he lacks in power, he compensates in quickness and his return game. “I always try to improve my return. “It’s not easy for me. I need to return every game, try to play every point.” Over the past year, Schwartzman’s return game is statistically the second-best on tour, only behind the all-time great Andy Murray. The 25 year-old’s breakout year has elevated him to the number 33 ranking on the ATP, the highest ranking of his career so far.

Schwartzmann was born and raised in Argentina after his family fled Germany. Already faced with an uphill climb as “El Peque” (“The Small One”), his family would sell rubber bracelets at his tournaments growing up to support his trips and the high costs which tennis demands.

The Argentinian Jewish community has been extremely supportive in his endeavors. “I am Jewish and in Argentina, we have many Jewish people last year. “They say he tries to observe Jewish holidays on tour.

While his cinderella run in Queens may have ended, Schwartzman’s career is clearly on the upswing. There’s little doubt that legions of Jewish dads (my own, included) will be there to cheer him on every step of the way, relishing their long-awaited opportunity to (vicariously) experience life as a Jewish tennis star.