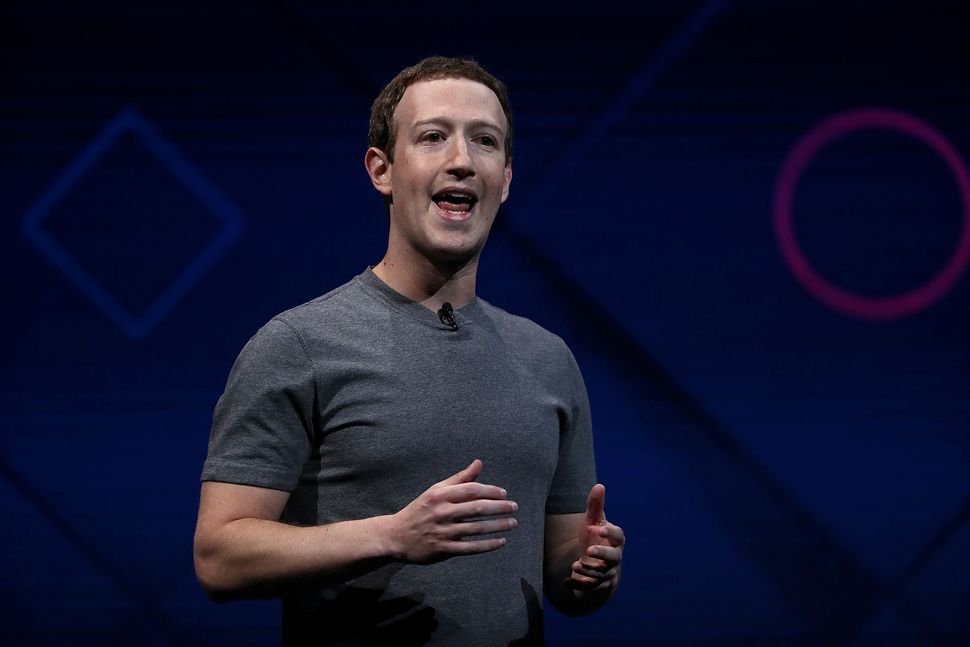 Facebook CEO Mark Zuckerberg has long made a practice of responding to choice comments on his Facebook posts, be they well-wishes or just gripes. But this week Zuckerberg broke with tradition, posting carefully articulated, personal responses to negative comments on his September 5th Facebook post condemning Donald Trump’s decision to end DACA (Deferred Action for Childhood Arrivals.)

In his post, Zuckerberg lamented the end of the act, urging American readers to contact their members of congress in support of Dreamers. He called for a new piece of legislation to protect the 800,000 people covered by DACA and added,

The young people covered by DACA are our friends and neighbors. They contribute to our communities and to the economy. I’ve gotten to know some Dreamers over the past few years, and I’ve always been impressed by their strength and sense of purpose. They don’t deserve to live in fear.

The post received 345,000 reactions and nearly 20,000 comments, ranging from praise to ridicule with plenty of room in between for confusion. And in a move that runs contrary to the culture of the site he created, the Facebook founder responded thoughtfully to the comments.

Zuckerberg explained the path to legislation: 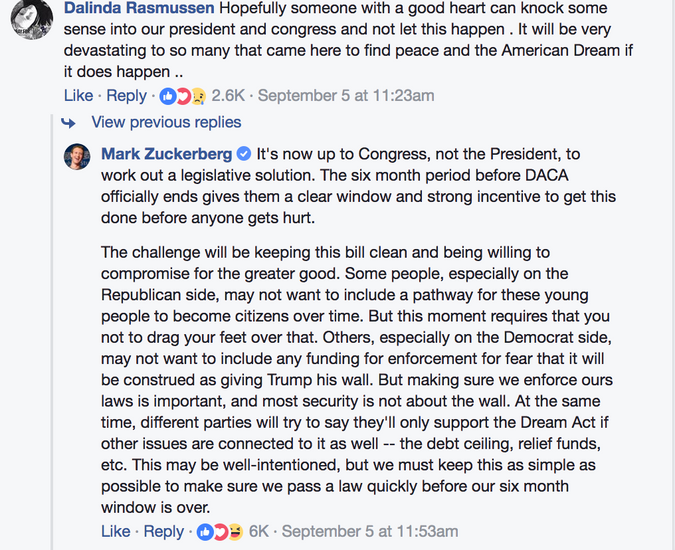 In an earlier post, Zuckerberg, who is currently on paternity leave after the birth of his second child, wrote that dreamers “represent the future of our country and economy.”

He fielded 14,000 comments, responding to many posters by their first names. 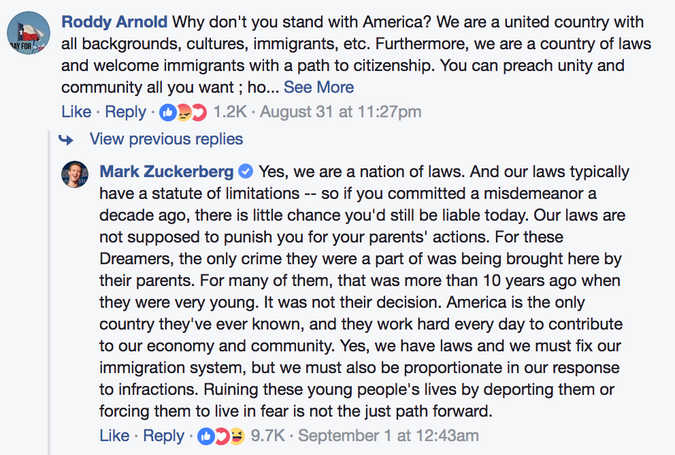 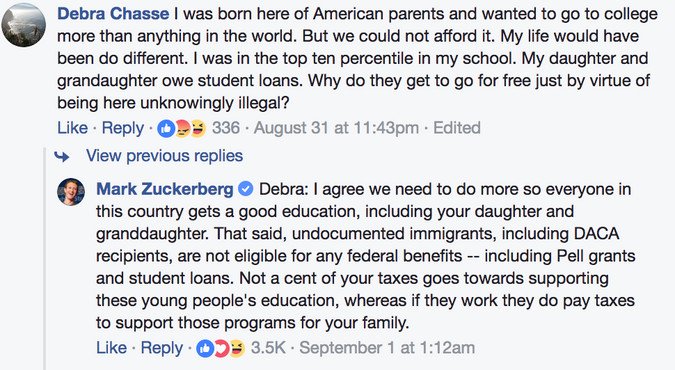 Several times, he explained the specifics of DACA.

Zuckerberg also spent time with three people covered by DACA in his home, in an interview he live-streamed on his Facebook page.

Leezia, one of the Dreamers, said that DACA was announced on the day of her graduation from Northwestern University, when she was unsure of how to pay back her massive student loans. Once she was covered by the act, she was able to get a work permit, start a small business, and buy a car and a house. “It was so transformative not only economically but also mentally,” she said, “knowing that there is certainty that I can have, and being able to give back to this country that I call home.”

“It’s hard being 20 years old and learning you’re not supposed to be here,” she said. “I grew up as an American.”