Gloria Steinem Racks Up A New First At Fashion Week 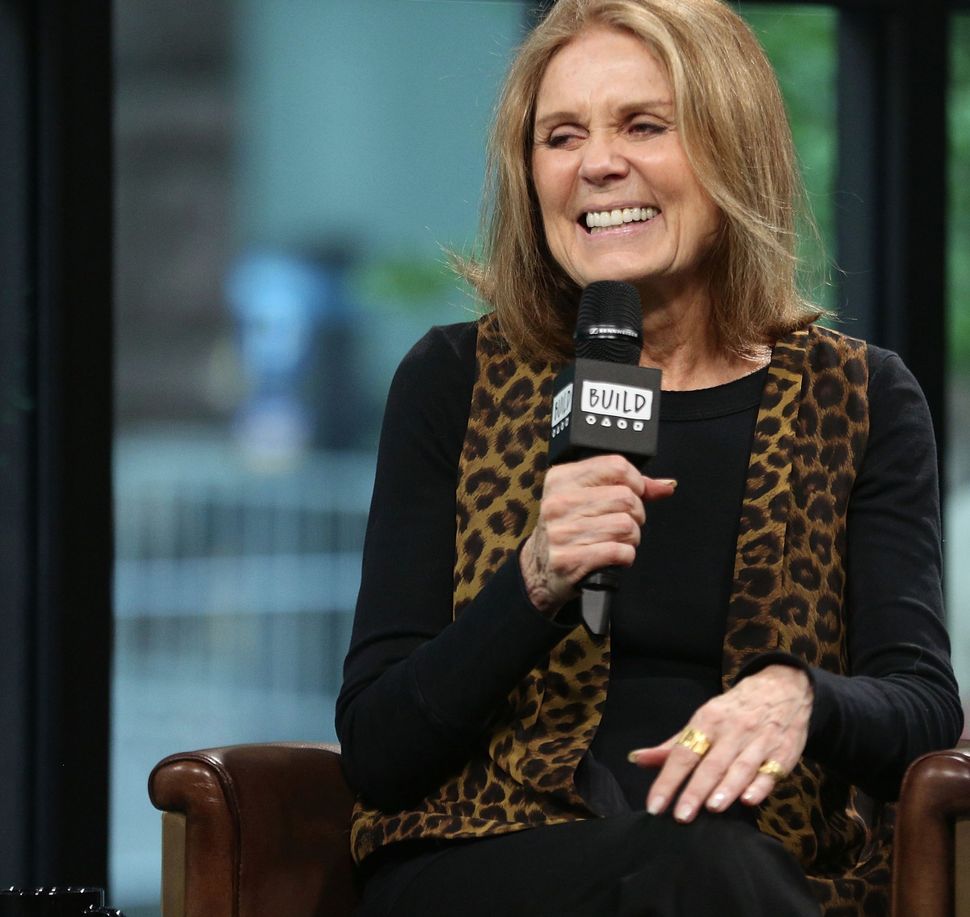 Gloria Steinem, feminist icon, was, in 1972, the first woman to speak at the National Press Club. In 1976 she attended the first of what would be a series of formational women-only Seders. That same year, Ms. Magazine, of which she was a co-founder, became the first national magazine to dedicate coverage to the subject of domestic violence.

Now, at 83 years old, Steinem has racked up yet another first, albeit a less consequential one: Her first trip to New York Fashion Week.

Steinem sat front row at Prabal Gurung’s Sunday show, alongside Huma Abedin and activist DeRay Mckesson, among others. Gurung, who two seasons ago created a Steinem-inspired show, began his show with the words, “Grant me the strength to change the things I cannot accept.”

Steinem shared a shot of herself at the show on Instagram, with the caption “There is a first time for everything, even at 83! First #nyfw show @prabalgurung, a kind man doing great work in fashion and beyond.”

There is a first time for everything, even at 83! First #nyfw show @prabalgurung, a kind man doing great work in fashion and beyond.

Gurung, who attended his show in a shirt reading “Resist With Love,” gave the same shirt — as well as one that read “I am a Michelle” — to guests as they left. Whether the latter slogan was a comment on last week’s controversy over Michelle Obama being named to Vanity Fair’s 2017 Best Dressed List, on which current first lady Melania Trump notably did not appear, remains a matter of speculation.

Gloria Steinem Racks Up A New First At Fashion Week