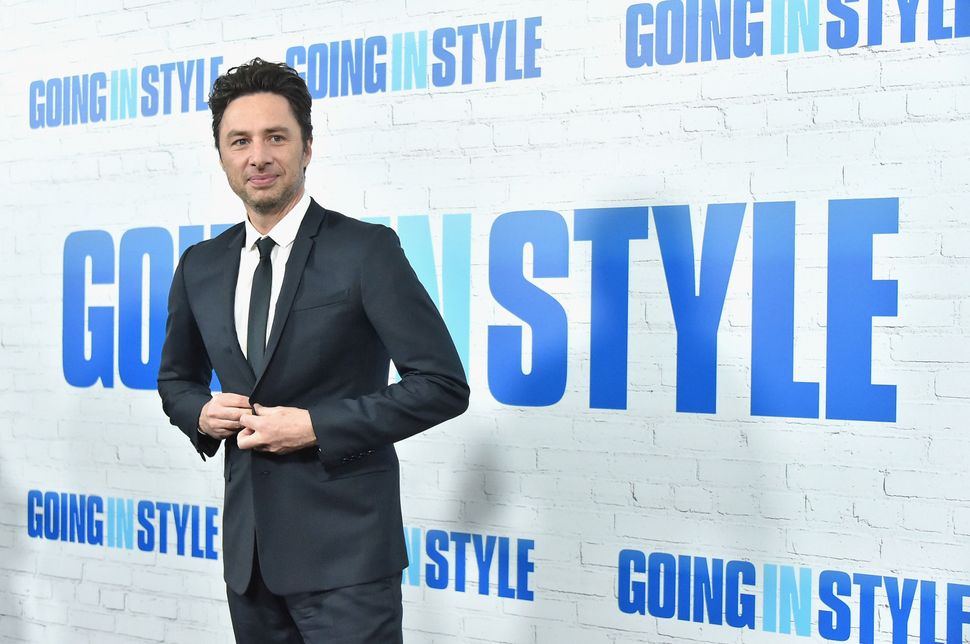 Rabbi Levitas of Yavneh would say, “Be very, very humble in spirit, for the hope of man is worms.” Zach Braff has clearly been reading his Talmud and his Forward, because he has humbled himself since voicing his hope, last week, that he resembles the new Bachelor contestant. That hope, as we know, is not but worms.

Braff posted a grainy Russian advertisement of himself, clearly ripped without permission from his days as a doctor on the TV show scrubs.

Russian-speaking fans quickly clarified the meaning of the ad copy.

You know that the commercial promises to restore your “man power”? ?

Braff responded, “I am the face of Russian boner problems. #blessed.” #blessed — exactly what Rabbi Levitas would say.