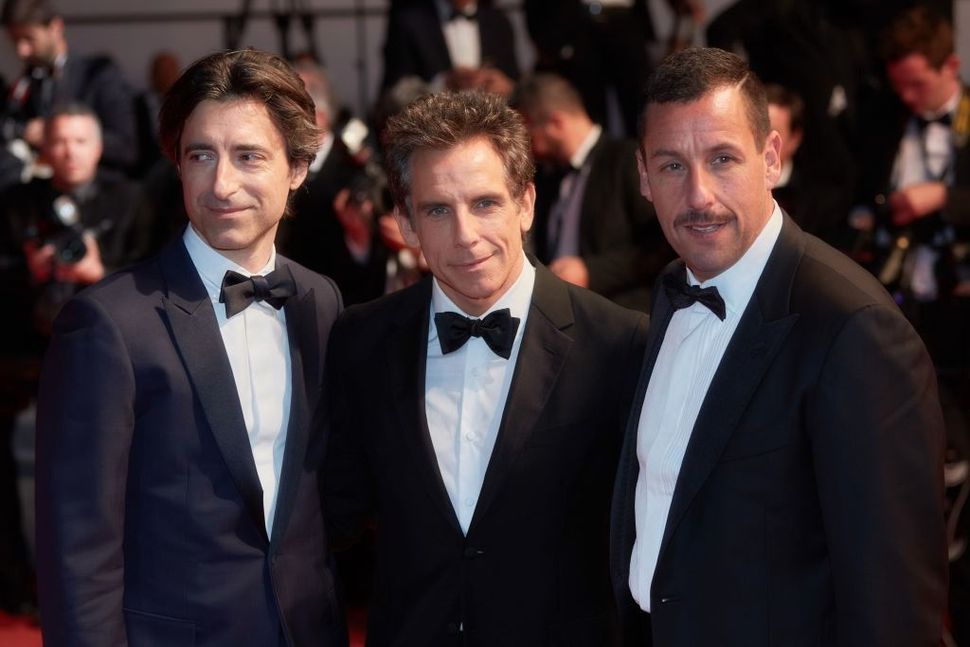 The trailer for what shapes up to be one of Netflix’s most Jewish original productions just dropped. A family-oriented dramedy, Noah Baumbach’s “The Meyerowitz Stories” chronicles the struggles of Harold Meyerowitz seeking to reconnect with his family. The film stars Dustin Hoffman as the Meyerowitz patriarch, Ben Stiller as his well-to-do son, Adam Sandler as his less successful son (art clearly imitating real life here), Emma Thompson as Hoffman’s wife, and Elizabeth Marvel and Grace Van Patten as the two daughters. That one sentence contains six (!) consecutive Jewish names and even a double Jewish suffix for good measure.

“The Meyerowitz Stories” will be released on Netflix and in select theaters October 13. Check out the trailer below.