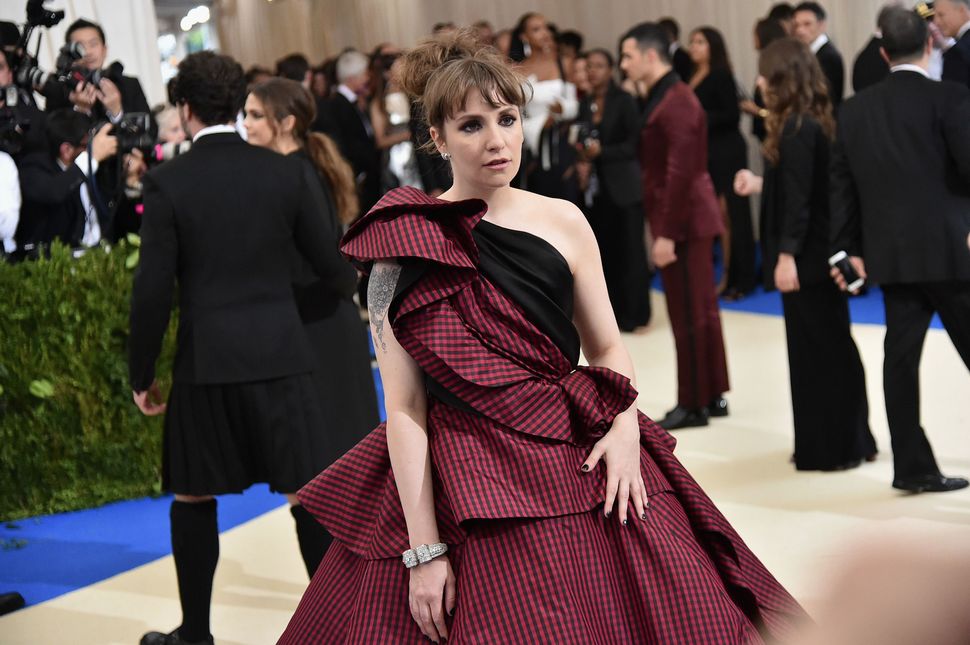 Actress and self-described “random white girl on cable reruns,” Lena Dunham, has weighed in on whether or not the leader of the free world, Donald Trump, has a mental illness.

Her verdict? Yes. Yes, he absolutely does have a mental illness according to Ms. Dunham, who has both played a mentally ill character on television and spoken publicly about her own struggles with mental illness as a real, unscripted human being.

Not only is he a racist but he’s a racist with untreated mental illness. So under diff circumstances he’s Dylann Roof.

Dunham even went so far as to compare Donald Trump to Dylann Roof, the domestic terrorist who shot and killed nine black members of an Episcopalian church in Charleston, South Carolina.

Reactions to Dunham’s assessment of Trump range from supportive (“He’s even scarier than Roof”) to skeptical (“I dislike DT but you’re reaching far with this one”) to accusing Lena Dunham of ruining the reputation of the $60,000 a year liberal arts school she attended (“I think Oberlin should send you a bill for about seven billion dollars for beginning their road to ruin”).

President Trump’s mental wellness has been questioned by both healthcare professionals and nearly all of my friends and family since his presidential campaign started. Despite the accusations that he suffers from “narcissistic personality disorder,” “sociopathic tendencies,” and “stunted emotional development,” Trump has declined to affirmatively identify as having been diagnosed with any of these illnesses. His good friend and mentor, Howard Stern, however, did once suggest to him on his radio show that he seek help for his compulsive handwashing habit but Donald Trump shrugged off the well-meaning words.

Ultimately, we will only be sure of Trump’s mental status if and when he is arrested for a crime and forced to undergo an evaluation that will determine whether or not he is fit to stand trial. And if, as Lena Dunham surmises, that verdict is negative, she will be able to say I told you so to all of her haters.