Should We Forgive Meghan Markle For Not Being Jewish? 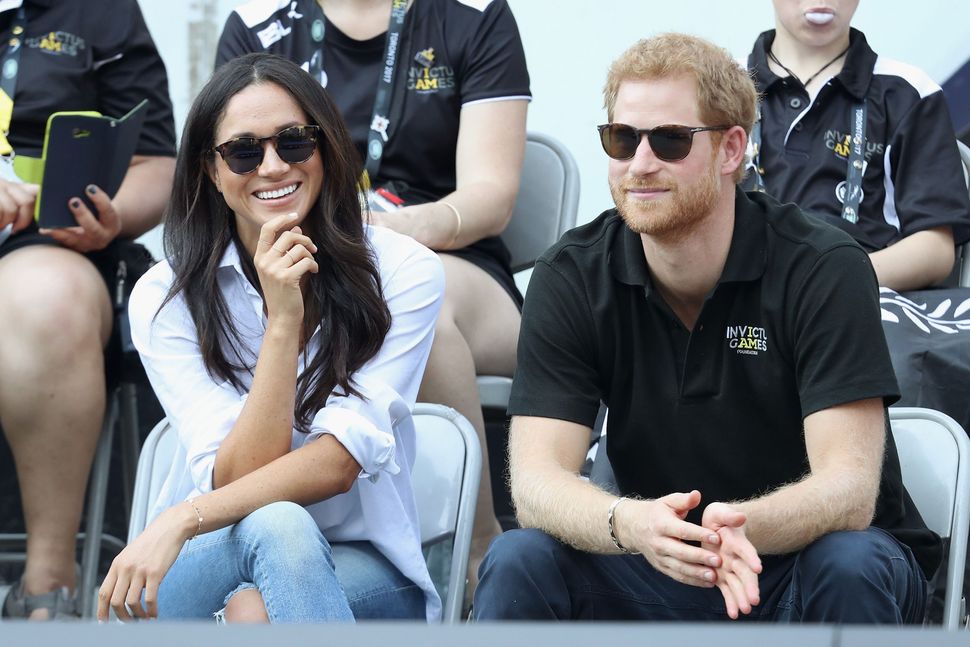 It was May 2017 and Jews were poised for official takeover. Sure, we’d been having a bit of a problem with people defacing our cemeteries. Anti-semitism was on the rise in Europe, but when is it not, honestly? And some of us were beginning to suspect that our nation’s president was hiring people who did not think gassing Jews to death counted as a crime.

But the point is this: A B-list Jewish celebrity was dating the person who is sixth in line to the English throne.

At least, we thought she was Jewish.

Meghan Markle is an outrageously beautiful TV star known for the television show “Suits,” which many, many men have told me to watch over the years and therefore is probably fine. She has been dating Prince Harry since July 2016. She has been married and divorced, she is three years older than her boyfriend, she is African American, she is multiracial and she is a noted feminist. If she had been Jewish, she would have simply made so much history that children would grow tired of trying to pass tests in their AP Meghan Markle classes.

But Markle — despite having the real name “Rachel,” having had a well-documented wedding that involved a “Jewish chair dance,” reporting that she is sometimes labeled “Sephardic” (Sephardic!!), and just seeming like the kind of gal we’d like to have around — is not Jewish. Her publicist has said it, and thus we must believe it.

Meghan Markle, for the sins you have committed before me knowingly or unknowingly (I’m going to guess unknowingly), I truly forgive you. I pardon you, forgive you, and grant you atonement. I bow to the fact that you are a role model to little girls of color everywhere. I do not blame you for never having been Jewish, rather I commend you for participating in a chair dance at your wedding.

Like us, you are an outsider trying to work your way into an exclusive club. Yes, you are a movie star and model who is also a professional calligrapher, and we are a religious and ethnic group who make up .2% of the world population.

But we’ve come to see you as one of our own, and we wish you the best in all things. Shanah tovah, Meghan Markle.

Should We Forgive Meghan Markle For Not Being Jewish?