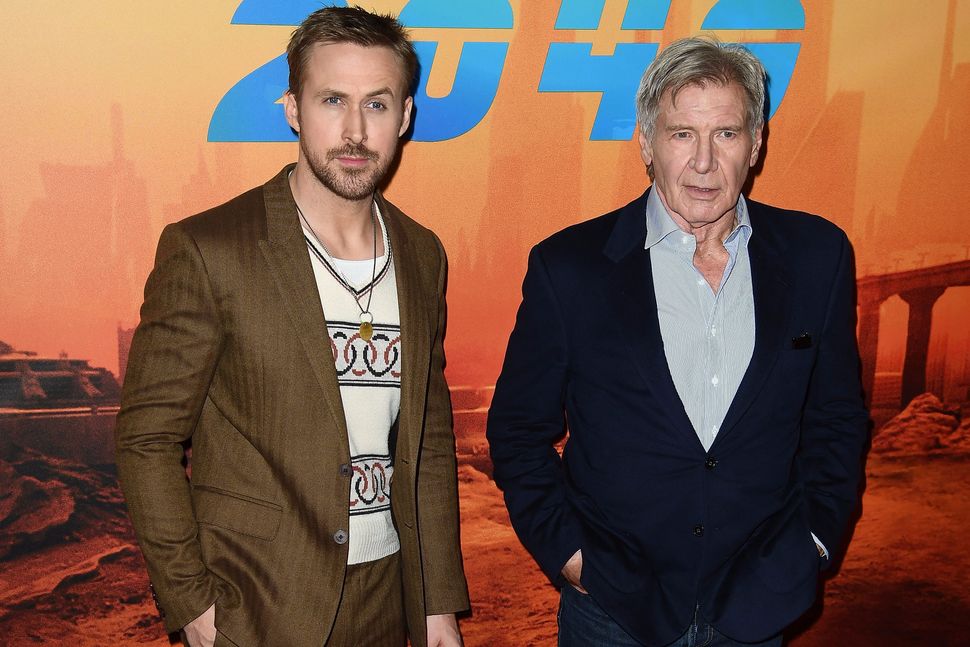 Even the aesthetically punitive backdrop of the “Graham Norton Show” could not ruin the sight of two of the world’s hotter men sitting side by side: Harrison Ford and Ryan Gosling promoted their new movie, “Blade Runner 2049” on the talkshow’s most recent episode to great comic effect.

The two men, interviewed by Norton and seated in front of psychedelic decorations next to the mute-but-giggling Reese Witherspoon and Margot Robbie, looked like they were just getting started with a 1970s, whites-only swingers party. Here is their exchange:

The panic that passed across Ford’s face as he briefly forgot his co-star’s name on international television is recognizable to so many, though perhaps not to Gosling. Between this incident and the great “La La Land” Oscars scandal, he seems to have made an enemy in the great beyond. If my theory that God thinks Ryan Gosling got too much attention for “The Notebook” and now needs to have his ego checked sounds far-fetched to you, consider that prior to forgetting his name on television, Harrison Ford also punched Gosling in the face.

Ford discussed this episode with Jimmy Fallon last week. Fallon asked if the rumors were true that Ford accidentally or otherwise punched Gosling in the face while filming a scene for the upcoming “Blade Runner” sequel.

Even at Gosling’s level of fame, it’s hard to believe that getting punched by Harrison Ford wouldn’t feel historically significant or at least sexually pleasurable.

Who doesn’t want the sweet, sweet relief of being punched in the face by Harrison Ford?

“What do you do after you hit your co-star in the face?” Fallon asked.

Ford explained that you offer your co-star a bottle of liquor and apologize.

“And then you turn around and take the bottle back to your trailer,” he concluded.

We imagine that Ryan Gosling’s response was something like this: