‘Hocus-Pocus’ Is Absolutely Not A Children’s Movie 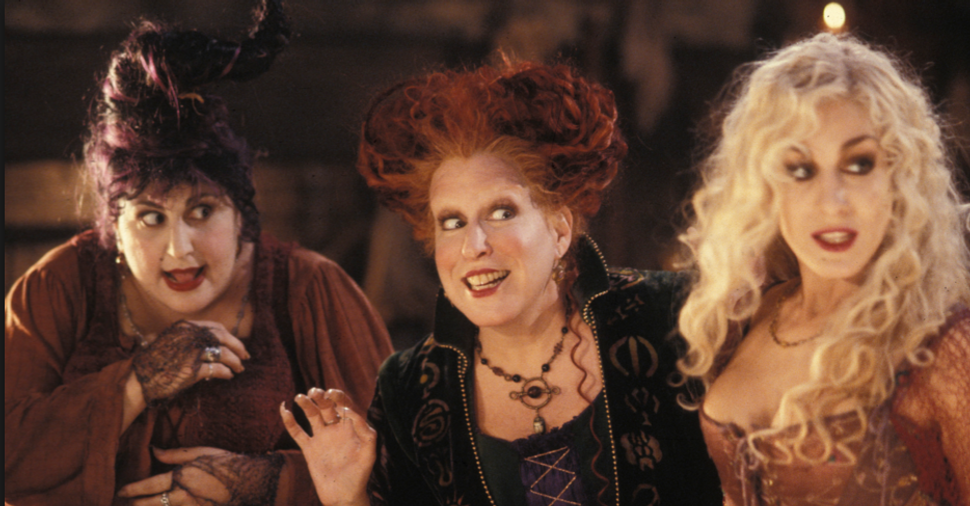 Every year, I celebrate the Halloween season with a viewing party (consisting only of me) of the classic film “Hocus Pocus.” And every year, without fail, I am criticized and judged for being a 27-year-old single, childless female who decides to watch a children’s movie by herself.

The abuse has gone on for too long and it is out of a sense of both vindictiveness and responsibility that I deliver the following reality check: “Hocus-Pocus” is not a children’s movie. In fact, with every year that passes, I feel not increasingly too old for the film but rather increasingly too young for it — I question my ability to deal with the explicitly adult themes that the film treats and wonder whether I’m inflicting lasting damage on my psyche by subjecting myself to this kind of onscreen violence.

For those who believe “Hocus-Pocus” is a film that is appropriate for children or even for adults with a weak composition, I have outlined my counterargument below. Let’s dive in:

1.The Film Has An Obsession with Sex and Virginity

Early on in “Hocus Pocus,” we learn that the black flame candle, the mechanism by which the dreaded Sanderson sisters may be summoned from the dead, must be lit by a virgin in order to work its magic. The virginal status of Max, our scrappy teenage hero and also the idiot who lights the candle in the first place, is repeatedly mentioned both before and after the Sanderson sisters are brought back to life. Few, if any, children understand what a virgin is because, in order to understand what a virgin is, you must know what sex is.

So why are the characters of “Hocus Pocus” so singularly focused on the fact that Max has never engaged in intercourse?

Because this is an adult film for people who know what sex is.

Witches’ obsession with children is a common trope in fairytales. The witch from “Hansel and Gretel” enjoyed fattening children up for her later consumption. The witches from Roald Dahl’s “Witches” enjoyed killing children in fun and unique ways or turning them into mice.

But Sarah Jessica Parker’s “Hocus Pocus” character, Sarah Sanderson, takes a witch’s obsession with children to the next level. She talks to and about children in a tone one usually reserves for their lover inside of the bedroom. It is she who is bidden to lure the children of Salem from their own bedrooms to the Sanderson sisters’ cottage in the woods. In more than one scene, we see her near-salivating over the prospect of “playing” with children before sucking the souls from their bodies.

Sarah Sanderson is a beautiful, young woman who does not fit the stereotypical profile of an adult sexual predator but make no mistake – she absolutely is, and this is not a film that is appropriate for children.

Consider the below scene in which Max’s little sister Dani, played by the greatest child actor of all time, Thora Birch, tells his crush, Alison, that he really likes her breasts:

Dani: “Thanks, I like yours too. I couldn’t wear that because I don’t have any — what do you call them, Max? Yabos? Max really likes your yabos.”

Just two minors, one under the age of 10, talking about how another minor likes one of the minors’ budding breasts. This scene is not safe for children and neither is this movie.

You know who knows a thing or two about boobs? Adults. This is a movie for adults.

4.The Film’s Implicit Torture of Minors

But only in “Hocus Pocus” do the bullies get purposely left in a tiny cage in an abandoned building where they will certainly die of thirst and starvation before the week is up. And that is because “Hocus Pocus” is not a children’s movie.

In conclusion, “Hocus Pocus” is not a children’s movie and thus adults should be allowed to enjoy it without shame.

Have a very, very happy Halloween.

‘Hocus-Pocus’ Is Absolutely Not A Children’s Movie