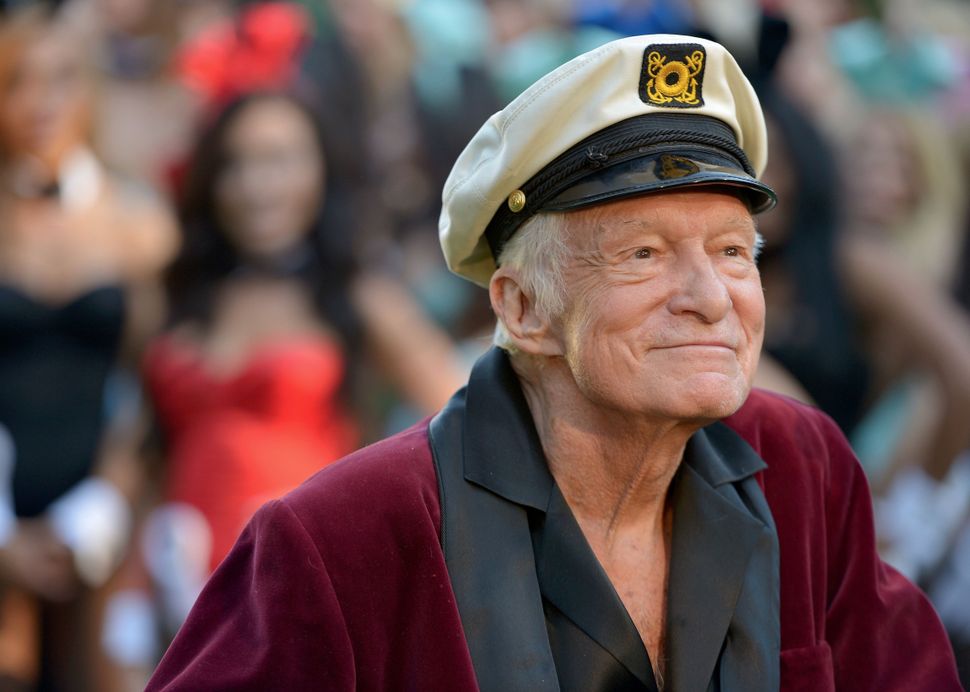 Since Weinstein was officially outed as the prolific sexual predator that he is, powerful abusers have been dropping like dominoes. Having witnessed the swift justice dealt to Weinstein in the wake of the allegations, many women have felt personally empowered to come forward with their own accounts of sexual harassment and abuse — which means there are a hell of a lot of men reckoning with consequences they never imagined would arrive.

It’s only sad that Hugh Hefner is no longer here to witness the carnage. It would seem that Hefner departed this world just in time.

The allegations come just days after the Jewish National Fund presented Ratner with its annual Tree of Life Award.

Although Ratner denies every accusation, Playboy has decided to put the biopic deal on hold for now. In a statement issued to TheWrap, a spokesperson said, “We are deeply troubled to learn about the accusations against Brett Ratner. We find this kind of behavior completely unacceptable. We are putting all further development of our projects with RatPac Entertainment on hold until we are able to review the situation further.”

There is little question that Ratner, a self-described “play boy” himself, would have glorified Hugh Hefner’s life and career in the making of the movie. Instead, it appears he will have to reckon with the consequences that Hefner evaded by dying.