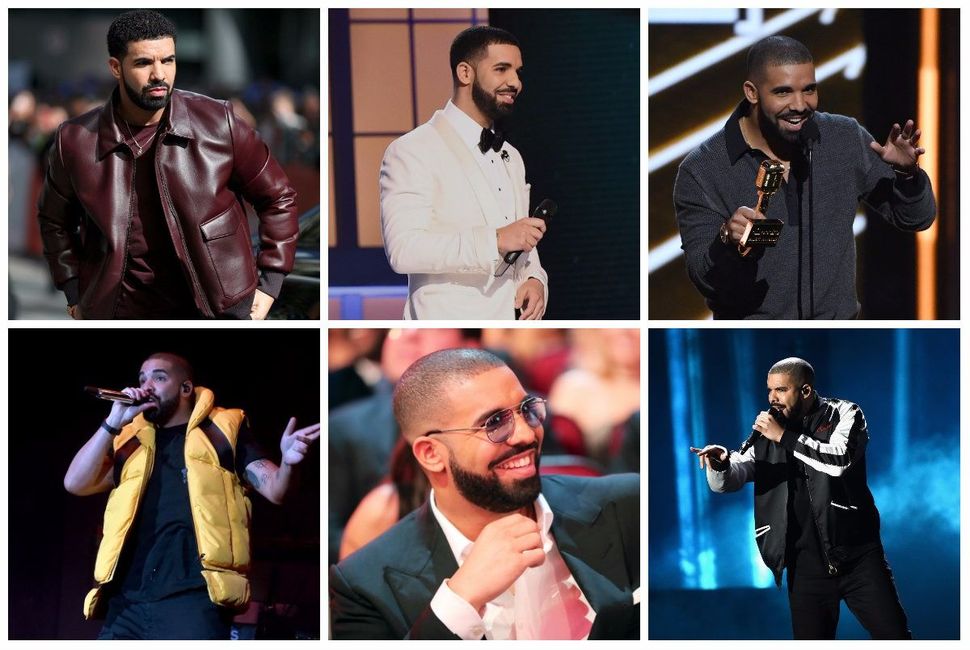 Drakes says the darnedest things. The 31 year-old Jewish rap king and all around guy-who-seems-like-the-grownup-version-of-that-kid-at-summer-camp-who-wouldn’t-stop-beatboxing is on the November cover of the Hollywood Reporter. In the interview with Tatiana Siegel, Drake said so many insane things that it became extremely difficult to pick a headline for this piece.

Here are the Drake-st things we learned about Drake:

-Drake’s next plan is to take “six moths or a year” to “do some great films.” One idea is to revive and star in a British crime series called “Top Boy”. That way, (and we’re guessing at motives here,) Drake could officially be described as, “America’s ‘Top Boy’”.

-Drake is still reeling from the “legal headache” of popularizing the acronym “YOLO” (You Only Live Once) in 2011.

-Drake has spent four years tracking down a first edition of “Harry Potter and the Sorcerer’s Stone”, and has finally found a copy for $160,000. (For reference, seven is the number of years adolescent Harry Potter spent defeating Voldemort, so Drake is at least shopping faster than that.) “Yeah, I read them all,” said Drake, which is more or less what you would expect of someone spending six figures on a copy of one book in a series.

-Drake’s walls are bare except for a $6,000 art piece by Patrick Martinez. The piece reads, “Less Drake, More Tupac.”

-“I identify as Jewish,” says Drake. “I talk to God. I just try to live a very good life, to be a good person. I’m not necessarily extremely religious, but my mom and I always do the high holidays together.” (This one is sweet!)

-Many years ago, Drake had a generic computer background that was a picture of a luxurious backyard swimming pool complete with waterfalls. In 2012 he found the exact house in Calabasas where the picture was shot and bought it for $7.7 million. He is the human refutation of the song “Don’t Go Chasing Waterfalls.”

Footage of Drake discovering that the $160,000 first edition “Harry Potter” has been sold