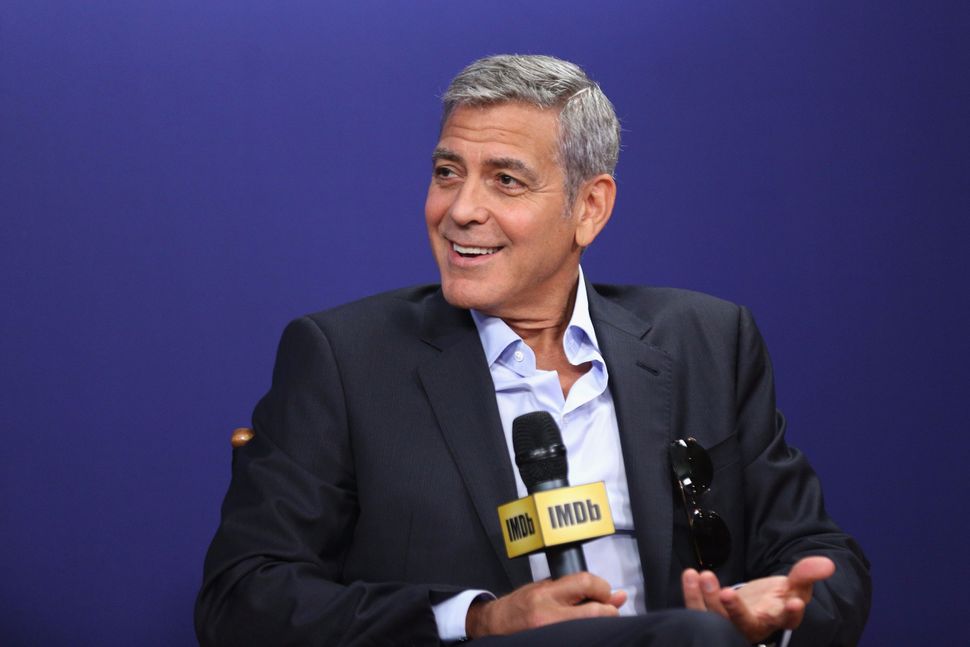 Great news for anyone who loves George Clooney or hasn’t gotten around to reading the 453-page Joseph Heller masterpiece “Catch-22” – the former will star in and direct a television adaptation of the latter, ending Clooney’s 18 year absence from the small screen.

56 year-old Clooney will play Colonel Cathcart in an adaptation of the 1961 satire, which follows an American soldier trapped in a bureaucratic nightmare while serving in World War Two. Luke Davies and David Michôd co-wrote the six-episode series and will serve as executive producers for the show, which has yet to be attached to a network.

Heller, whose book has sold over 10 million copies, managed to turn World War Two into a black comedy less than two decades after the war ended. The Jewish author avoided direct references to Judaism in the book and never mentioned the Holocaust, though scholars see a distinctly Jewish undertone in the novel.