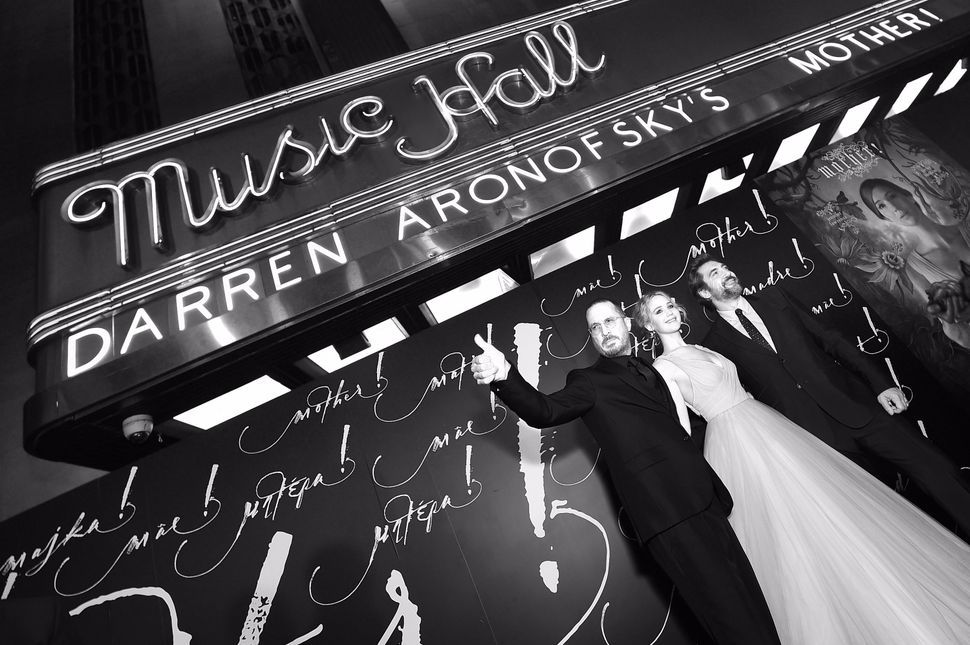 Jennifer Lawrence will not be meeting Darren Aronofsky’s “Mother!”

That is because they have broken up. The beautiful and talented 27 year-old actress and the weird-looking and talented 48 year-old director*** are no longer. Their relationship is as dead as Mila Kunis in Aronofsky’s “Black Swan” when Natalie Portman drags her corpse into a closet and takes the stage.

Should we, the public, mourn Lawrence and Aronofsky’s one year relationship? Its length was one twenty-second the length of the age gap between the two (think about it) and seemed to mostly comprise going to restaurants. She is a brilliantly talented actress whose greatest role has been convincing the public that she is effortlessly perfect and charmingly flatulent. He is a filmmaker who writes at a desk that is also a puzzle and also a piano.

never forget that Darren Aronofsky writes his scripts on the stupidest goddamn desk in the world https://t.co/o78OOzuXkM pic.twitter.com/iRty9lBvXn

Before her relationship with Aronofsky, the Oscar winner dated ‘X-Men’ star Nicholas Hoult and Coldplay frontman Chris Martin. Aronofsky, who is somewhat enthusiastically Jewish, has a child with the luminous Rachel Weisz, a Forward favorite to whom he was once engaged.

Frankly, Lawrence and Aronofsky could both do better than each other. We wish them both the best on the search for love and more flattering eye-wear.