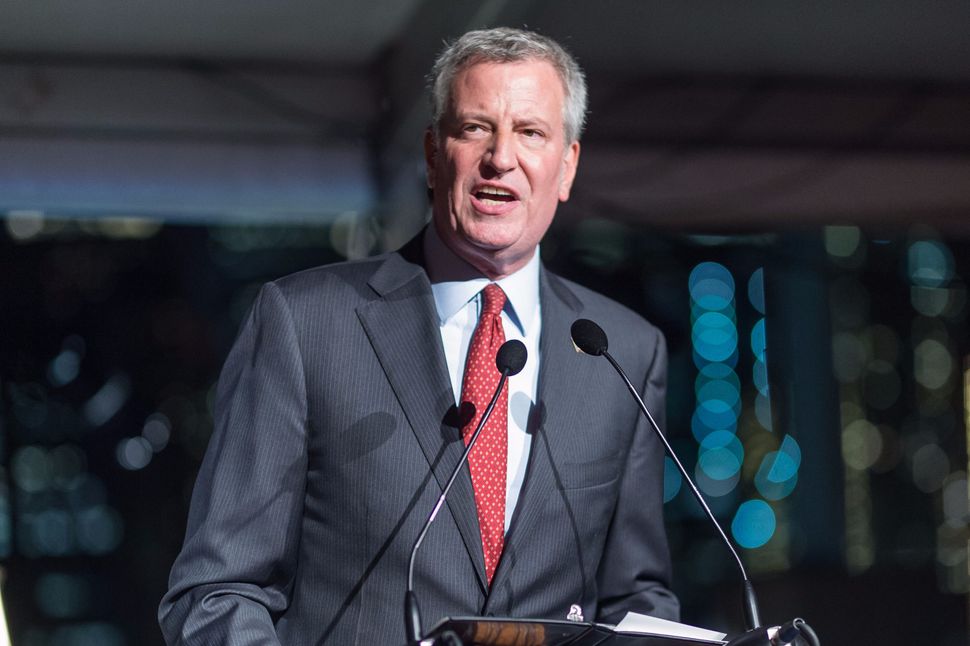 Match-mayor, match-mayor, make me a match… the people of New York City have spoken, and Bill de Blasio is mayor once again, clinching his second term with a decisive 66.5% of the vote. But many other people of New York have also spoken, and they’ve spoken for something else entirely. Yahoo News tallied up the celebrity write-ins for New York City mayor in 2017, and the list is about as Jewish as the table reservation list at a Chinese restaurant on Christmas Day.

The most popular write-in candidate was former NYC mayor Michael Bloomberg, who received nearly 1,000 votes. Nothing so shocking there. But what about a Broadway presided over by Barbra Streisand? Some New Yorkers wanted the city’s enthusiasm to be curbed by Larry David, while others nodded to “Real Housewives” star Bethenny Frankel’s recent philanthropy with their votes. A select few New Yorkers voted for Howard Stern to add, verbally, to the city’s refuse, while at the other end of the scale some hoped “Broad City” actress Ilana Glazer would push to legalize marijuana. A few voters wanted to say, “Hello, Mayor!” to current Broadway star Bette Middler, while fans of high-brow musical theater hoped Stephen Sondheim could bring “order to the whole… balance, light, and harmony” to the MTA. Readers honored the 10th anniversary of literary legend Norman Mailer’s death with their votes, while others agreed that Trevor Noah would be the best person to show up daily as hizzoner. The ballot would have been incomplete without Bernie Sanders write-ins, and as usual Jill Stein sailed in behind him. Charles Schumer was a shoe-in and Anthony Weiner (as always) an unpleasant surprise. Rachel Maddow, Andrea Mitchell and the (non-Jewish but always worth a mention) Taylor Swift rounded it out.

And last but not least, the most famous Jew of all got a few write ins: Jesus Christ.

We’re not quite what that Roman rabbi would make of 21st century Gotham but it’s true that many visitors get to New York, look around and call for him in despair. So why not call for him as mayor?