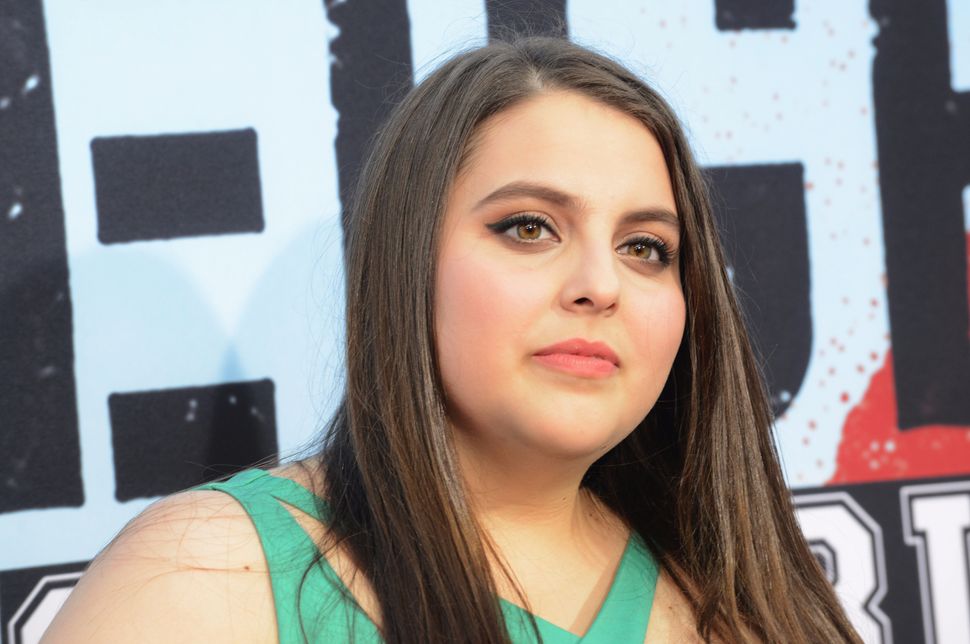 You are going to have to work very, very hard to not fall in love with Beanie Feldstein by the end of her body image-themed personal essay.

Oh, you don’t know who Beanie Feldstein is?

Well, she is a comedian capable of broad physical comedy, as she demonstrated in “Neighbors II: Sorority Rising.”

She is also a talented dramatic actress, whose guileless sincerity stole scenes even from the immensely talented cast of the current Oscar-bait, “Lady Bird.”

Look at how pure she is!

She is the sister of Jonah Hill and the best friend of Ben Platt, making her cultural Jewish royalty.

at 12, we met at a bat mitzvah at 14, we became best friends at 16, I gave him cufflinks to wear when he wins his first tony at 23, we are on Broadway at the same time… and he wore the cufflinks.

And she has a thing or two to say about body talk, weight-loss culture and our obsession with thinness.

In a personal essay for Refinery 29, Feldstein talks frankly about how she has been told by doctors, her family, and friends her entire life that she is too big and needs to lose weight. “It affected me deeply,” she writes. “I despised trying to lose weight and I resented everyone that made me feel like I had to. Finally after years of turmoil (just thinking about shopping for my bat mitzvah dress still gives me hives), something started to change. As I approached the end of high school, I felt the expectations fall away. I stopped trying to eat and look the way everyone else wanted me to. It took time and it happened gradually, but by the time I started college I felt truly comfortable with my body.” (It’s worth noting that Beanie Feldstein is probably not the only person whose bat mitzvah experience was marred by social expectations of what a 13 year-old girl’s body should look like.)

Feldstein tells a story of totally divorcing her self-perception from her physical appearance, which might sound insignificant — unless you are a human woman. “My friends, all of whom are thin, would really feel plagued that their bodies didn’t fit the unattainable ideal our society has crafted,” she reports, “and I would sit back, genuinely comfortable with my unwavering chubbiness.”

Feldstein says things changed recently as she unintentionally lost weight, probably due, she says, to the joyful dancing she does as a cast member in “Hello, Dolly!” currently on Broadway. Those well-intentioned people complimenting her for being “tiny” actually “really messed with my head,” she says. “After years of finally not feeling judged by myself or others, all of a sudden I felt so seen.”

To hell with that

“I imagine those that have been telling me that I look thin think they are being kind. This is because our society has determined that being smaller is better,” Feldstein continues, calmly pulling apart one of the patriarchy’s tightest knots on female freedom. “When everyone started telling me I looked smaller, I lost my beautiful mindset that took decades to find,” she says.

The 24-year-old actress’s revelation about weight is not a case of being overly sensitive, politically correct or ungracious. It is an example of a person actively choosing to divest from a madness surrounding bodies that has little to do with health and nothing at all to do with happiness.

So let Beanie Feldstein live. Without your commentary. And maybe, just maybe, let yourself live too.