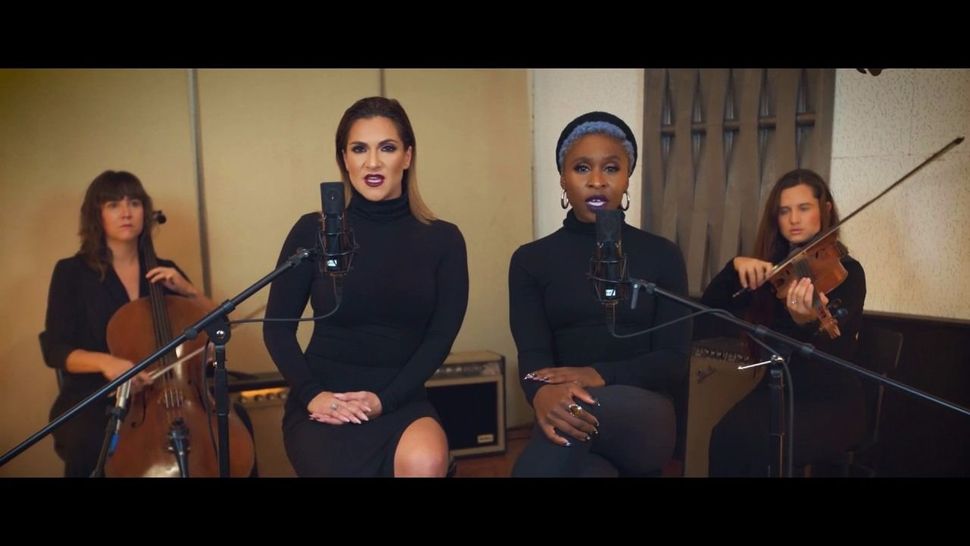 Oh, Taylor. What are we going to do with you? While “Reputation” wasn’t exactly hailed as a masterpiece by the American public, the treacly, cliché-ridden lyrics and sticky, conventional EDM inspired hooks coalesced into an album that facilitated one of the finest bits of musical theater to ever haunt the aimless void of YouTube.

Meet Broadway actresses Shoshana Bean and Cynthia Erivo. You’ll know them from “Wicked” and “The Color Purple” and that pleased gurgle you inadvertently make when exposed to their powers. Shoshana Bean is publicly Jewish and, by virtue of her Broadway status, Cynthia Erivo spends a lot of time with Jews in public!

I might be up for this, I miss this. https://t.co/zdSRZQVGaO

The two friends covered Taylor Swift’s “I Did Something Bad” and the world liked what it heard.

This minimalist cover sounds like Taylor Swift got eaten by Lorde. With a violin and a cello in the background, Erivo and Bean glare down through the camera through the remains of the fourth wall that their stares have presumably just destroyed. From the hilariously petty lyrics (“I never trust a playboy/ But they love me/So I fly him all around the world/And I let them think they saved me”), to the elaborately overacted stoicism, to the Broadway trained voices, if you’re going to listen to a Taylor Swift cover anytime soon, let it be this one.

“It’s not often that I [am] moved to do a cover,” Bean wrote on the YouTube video’s description. “I have to be pretty crazy about the song. This one was love at first listen and has STAYED on repeat.”

Even Taylor Swift had to agree.

This marks the first time the two friends have done anything musical together, radiating with a shared, sympatico malevolent fury. Please, pull a Ryan Adams and cover the entire damn album.