Hanukkah Book Recommendations And More To Read, Watch And Do This Weekend 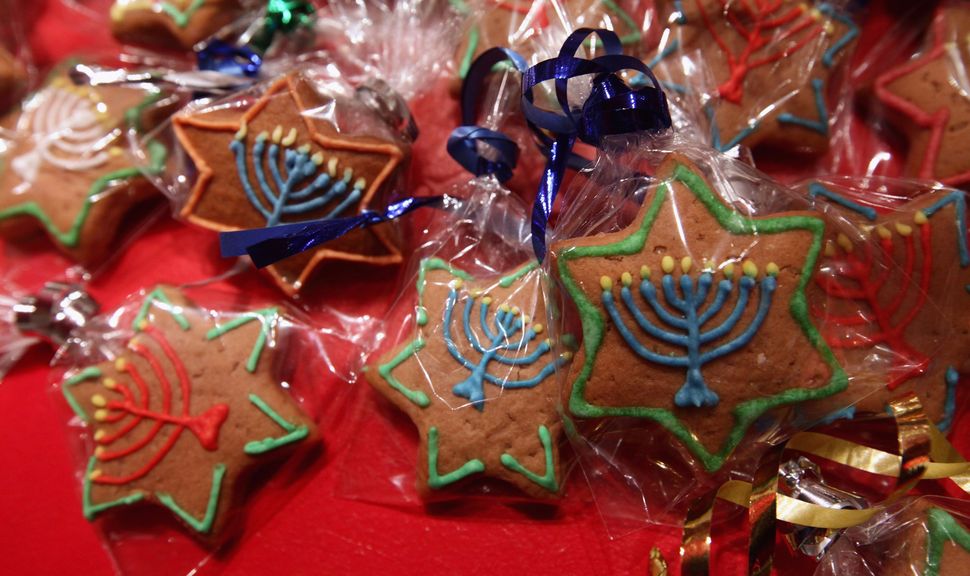 It’s nearly Hanukkah, so dust off your hanukkiah, wrap your presents and dig up bubbe’s recipe for sufganiyot. Still, take some time before the madness of the holidays commences to relax with some of the weekend’s best cultural events, movies and books. To our readers in Los Angeles: Due to the fires, we won’t be sharing an events guide for your city this weekend. Please focus on staying safe; you’re in our thoughts.

Not sure what to read over the holidays, or what to give your bookish friends and relatives? Check out the Forward’s Hanukkah book guide for recommendations. It’s the time of year when books and TV tend to focus on romantic visions of Christmas; if you, like me, think it’s only fair that Hanukkah receive its share of overdramatic holiday-themed love stories, check out this list of recommended romance novels for the Festival of Light. (Full disclosure: I’ve read the first item on this list, “Sweet Light,” and found it deeply hilarious. Apologies to author Judith Arnold — I’m sure she meant well.) Make time as well for a fascinating debate in the Forward over whether or not we should still sing Shlomo Carlebach’s songs. Laura Adkins argues one side, and Sharon Rose Goldtzvik the other.

There’s not a wealth of interesting new releases this weekend, so head to the theater if you’ve missed either “Call Me By Your Name” or “The Disaster Artist.” I saw the former this week and thought it was remarkable; Daniel Witkin reviewed the latter, so be sure to read his thoughts before you go.

Moving on from Washington D.C., the Cameri Theatre of Tel-Aviv’s puppet adaptation of Etgar Keret’s book of short stories “Suddenly, A Knock on the Door” appears at BAM all weekend. On Saturday, Maki Namekawa and Dennis Russell Davies present an homage to Philip Glass at Roulette. On Sunday afternoon, Deborah Lipstadt will speak about the Adolf Eichmann and David Irving trials at the Museum of Jewish Heritage. That evening, this year’s Man Booker International Prize winner David Grossman will present Brooklyn Public Library’s 2017 Message from the Library, speaking about the art of storytelling and his personal history as a reader.

On Saturday and Sunday, Dissonance Dance Theatre presents “Habibi,” a multicultural dance performance. Sunday evening, culinary historian Michael Twitty will present his book “The Cooking Gene” at Busboys and Poets. If you’ve got art on the mind, head to the National Gallery of Art for the photography exhibit “Posing for the Camera: Gifts from Robert B. Menschel.”

Seeking escapism? Look no further than the Drury Lane Theatre, where you can catch “42nd Street,” a musical that makes very little sense but will have you feeling quite enthusiastic. “Newsies” at the Marriott Theatre may also count as escapist; ah, to have the late-19th century’s problems. If you care to laugh at the issues of the present, head to ClickHole at the Hideout on Thursday night and pray that someone decides to read this Hanukkah masterpiece. Also worth attending will be cellist Alisa Weilerstein’s concerts with the Chicago Philharmonic Orchestra, where she will perform Barber’s Cello Concerto.

Hanukkah Book Recommendations And More To Read, Watch And Do This Weekend