Why Is Spotify’s Hanukkah Playlist So Unbearably Awful? 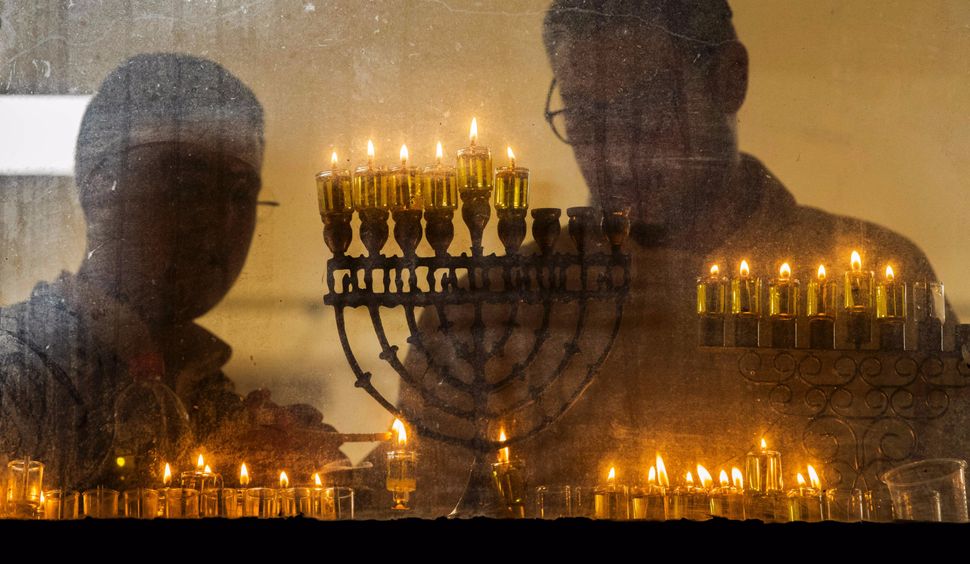 I will be the last person to argue that Hanukkah’s musical heritage is one of particular depth; we sing the same few songs every year, they’re heartwarming if not exciting, and that’s great. Yet even I must wonder: How did Spotify get its Hanukkah playlist so egregiously wrong?

Only six of its 46 songs were made by groups fronted by women; for context, that’s just twice the number included by the Barenaked Ladies, a group that — spoilers! — includes no actual ladies. Five entries are versions of “I Have a Little Dreidel,” which is five versions more than anyone needs. There are at least seven iterations of “Hanukkah, Oh Hanukkah,” which is a nice song when heard approximately once a year. The playlist’s 37th entry is Mêlée’s “When is Hanukkah This Year,” which would be mildly funny, except for the fact that no one gets 37 songs deep into a Hanukkah playlist without knowing when Hanukkah is.

Does anyone really want to celebrate a meaningful event in Jewish history with not one, but two versions of Adam Sandler’s “Chanukah Song?” Aren’t overproduced male a cappella groups kind of 2015? How is it possible that this playlist includes five songs by Erran Baron Cohen but not the clean version of Rachel Bloom’s (very dirty, very funny) “Chanukah Honey?”

Does any actual Jew need the fourth song on this playlist — it’s before you give up, so you can’t escape it — to be “How Do You Spell Channukkahh,” the music video for which features a Hanukkiah that doesn’t have room for the right number of candles? (Guys, you’re missing the shamash.) Isn’t “Glee” really, really over? More importantly, the “Glee” version of “Hanukkah, Oh Hanukkah” features Mark Salling, who this year pled guilty to possession of child pornography. We don’t even need to have a debate over whether his crime compromises his art enough to make listening to this song morally wrong, because, again, there are six — six! — other versions of it on this playlist.

There is exactly one song on this playlist worth listening to seven times in roughly an hour and a half, and it’s Sharon Jones and the Dap Kings’ “8 Days of Hannukah.” (O.K., maybe the artists included on this playlist really do need “How Do you Spell Channukkahh.”) Pair that with “Chanukah Honey,” and you’ve got yourself a celebration.

Why Is Spotify’s Hanukkah Playlist So Unbearably Awful?