The Surprising Reason Behind The Redskins Hoax Going Around 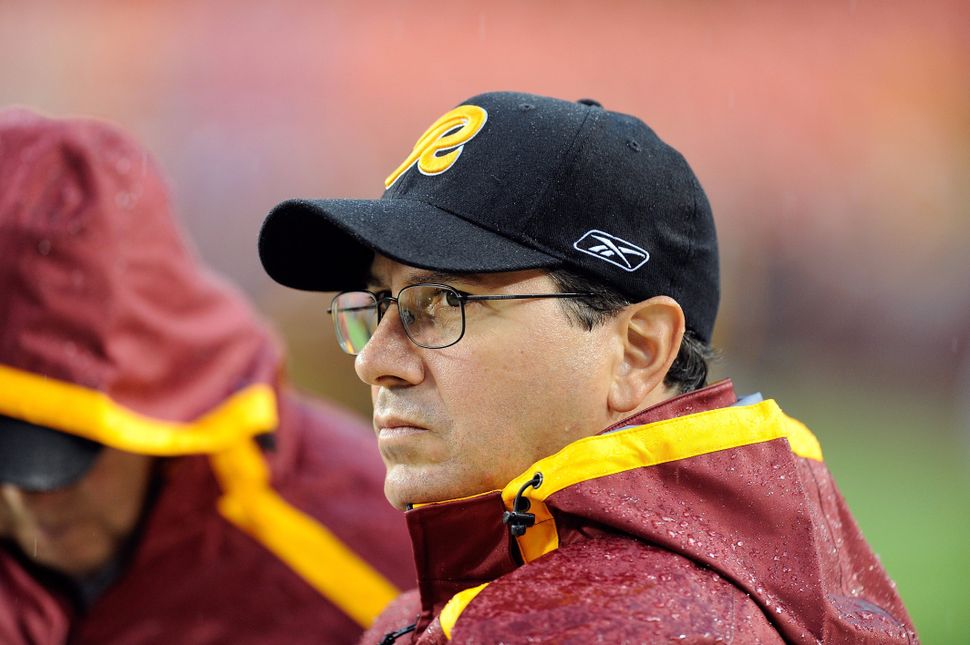 Daniel Snyder would probably not have bought a team called “The Jews.” Image by Getty Images

But none of those outlets actually wrote about the Washington football team changing its name. And Redskins owner Daniel Snyder has not changed the team’s controversial name or mascot, regardless of what a convincing-looking website may say to the contrary.

“This morning, the Redskins organization was made aware of fraudulent websites about our team name,” Tony Wyllie, who is the senior vice president of communications for the Redskins, told the Washington Post. “The name of the team is the Washington Redskins and will remain that for the future.”

Not so if Native American activists have their way. A disclaimer now visible on the impressively realistic fake webpages reads:

This website is a parody and is not endorsed nor affiliated with ESPN. This website was created by Native advocates created to help us all imagine how easy and powerful changing the mascot could be.

The fake campaign was organized, according to the native leaders who spearheaded it, not as a way to spread fake news but to demonstrate to Snyder and Redskins fans what great press a name change might produce. “We created this action to show the NFL and the Washington Football franchise how easy, popular and powerful changing the name could be,” Rebecca Nagle, one of the news organizers said, in a press release.

She pointed out that the proposed change would be just four letters. “Certainly the harm that the mascot does to Native Americans outweighs the very, very minor changes the franchise would need to make.”

One wonders if Snyder, who is Jewish, would feel fine about investing in a major league sports team called the “Washington Ashkenazis” or selling merchandise for a new football franchise named simply “The D.C. Jews.”

“Despite the rumours we’d like to make it clear that we’re still racist.”

The Surprising Reason Behind The Redskins Hoax Going Around