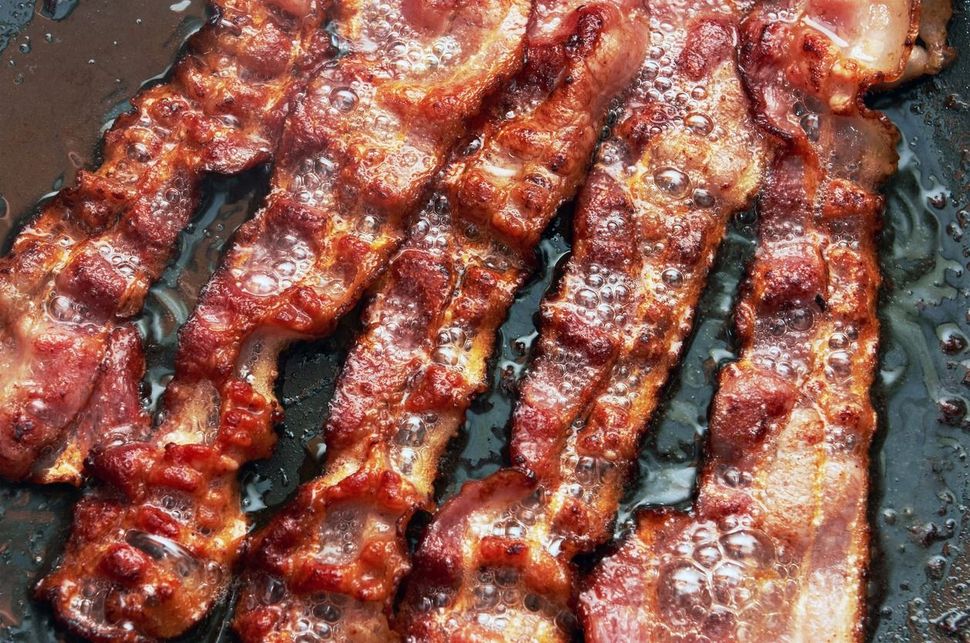 Does this story seem kosher to you? Image by iStock

These are the questions college basketball fans are left asking after CNN commentator Hilary Rosen called a Georgetown fan’s bacon-printed outfit an “anti-Semitic smear” in a since deleted tweet at a weekend game. For reasons that have yet to be explained, Rosen thought the suit worn by Georgetown junior Michael Bakan (pronounced like “bacon”) was a jab at Syracuse’s Jewish population.

Rosen, who went to George Washington University, fired off a second tweet after Syracuse’s win, telling “bacon-man” that “bigots lose.” Bakan, a business student who has done substantial volunteer work, took to the web to respond to Rosen that his outfit was “just a fun costume” that he wears as spirit gear to many sports games due to his last name.

Rosen was out of the frying pan and into the fire. “Awesome, u found me!” Rosen responded. “Thanks for telling me. I’m new to this school rivalry and got some bad info! I apologize and took down my tweet.” But the baselessness of her accusation, not to mention the fact that as a reporter she ought to be in touch with the bacon-everything zeitgeist, is rather shocking. Twitter, it seems, will have her head for it. There may be no saving her bacon at this point.

You should be extremely embarrassed by this. I hope there are repurcussions for you implying someone is a racist.

Yet I am inclined to sympathize with Rosen. Let’s talk turkey(bacon): growing up Jewish in New Jersey in the ’60s, her religious education probably mostly comprised concentration camp footage. So much day-to-day anti-Semitism in America is insidious — when a person’s persecution is almost always unprovable, can you be surprised by her lashing out with wild accusations? Certainly the Twitter backlash Rosen is receiving, what with a name that is Clinton-esque with a dose of Jew, seems more offensive than her crime. And the sheer possibility of calling out anti-Semitism on a major platform is so uncommon in the Jewish experience that it’s tough to blame Rosen for being carried away by her opportunity, however wrong it was. Her accusation was no doubt unethical bad journalism, but I see more generational trauma than malice in it.

Luckily, all good melodramas, as Dickens would say, alternate terrible and delightful just “as the layers of red and white in a side of streaky, well-cured bacon.” Bakan, who seems to bear Rosen little ill will, is greatly enjoying his new-found celebrity. “Bacon Man preaches love,” he tweeted to his many new followers. “Now on to the books for finals. Peace.”