After Backlash Lorde May Cancel Concert In Israel, But Not Concerts In Russia 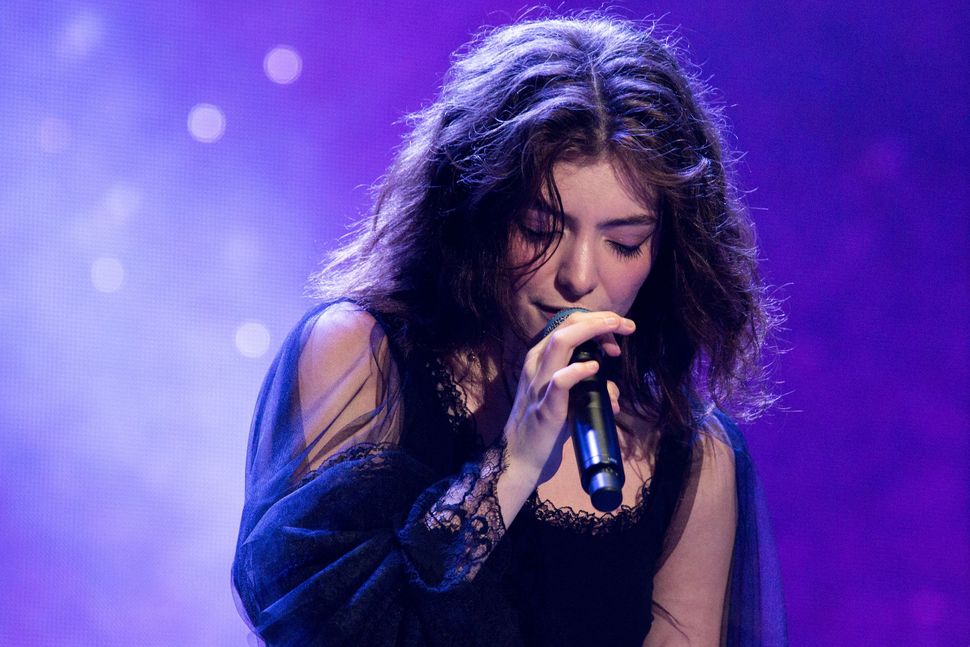 Singer Lorde has come under fire from from BDS supporters on Twitter after announcing tour dates this coming summer in Tel Aviv, St. Petersburg and Moscow. The 21 year-old “Royals” singer is promoting her 2017 sophomore album “Melodrama,” which received a nomination for album of the year at the most recent Grammy Awards and general critical acclaim (the album was produced by Jewish musician Jack Antonoff, by the by.) This week the singer, whose given name is Ella Marija Lani Yelich-O’Connor, added three international cities to her tour, sparking feuding and criticism by her Twitter fans.

Don’t play in Tel Aviv while they have the Palestinians under a brutal occupation! Very disappointed in you! Boycott Israel!

The announcement prompted two fans from the singer’s native New Zealand to pen an open letter, urging her to cancel the June 2018 Tel Aviv concert as part of an artistic boycott against the Israeli occupation and treatment of Palestinians.

Noted! Been speaking w many people about this and considering all options. Thank u for educating me i am learning all the time too ?

The writers of the letter, one Jewish and one Palestinian, compared Palestinian treatment in the West Bank to South African apartheid and noted the historic effectiveness of boycotting as a tactic. “Today, millions of people stand opposed to the Israeli government’s policies of oppression, ethnic cleansing, human rights violations, occupation and apartheid,” they wrote.

These charges are heavy indeed, and Lorde has responded that she is “considering all options.” Whatever the singer decides to do, her fans can rest easy knowing that they can enjoy her talents in multiple cities in Russia, a country that would never oppress, participate in ethnic cleansing, commit human rights violations or occupy anything — certainly not Chechnya, Georgia or Crimea. For justice-seeking Lorde fans who don’t mind repressed freedom of expression and a dearth of civil rights, there will always be Russia.

After Backlash Lorde May Cancel Concert In Israel, But Not Concerts In Russia