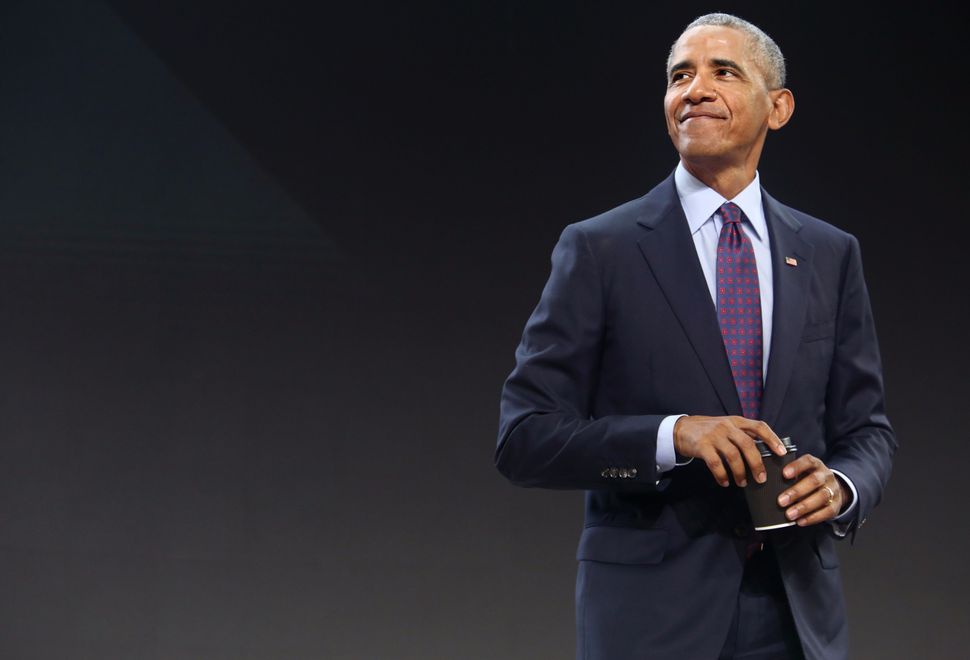 Like us here at the Schmooze, Barack Obama enjoys saluting the successes of Jewish women through a good old-fashioned listicle. The former president, who has been enjoying the end of his tenure with jury duty and attending Broadway shows, posted a list of his top 10 favorite books and songs of the year, complete with a few asides (which we believe qualifies it as a listicle.)

We couldn’t help but notice that Obama’s first selection is “The Power,” a book by British Jewish author Naomi Alderman, which imagines a future in which young women develop the ability to deliver electric shocks with their bodies and establishing themselves as the dominant gender. “The Power,” which was also a New York Times pick for the top ten books of the year, imagines a world where women don’t fear men. No more clenching your keys in your fist on the walk to your front door, no more second-guessing whether you “asked for it,” and no more harassment. Just men receiving electric shocks.

This is the new favorite book of America’s most recent president!

(For those concerned, rest assured that the book does not advocate torturing men, seizing the reins of society, and turning it into a violent matriarchy; rather it uses satire to imagine an extreme reversal of current gender relations.)

The rest of the list, released on Facebook just before the New Year, overwhelmingly featured Jewish authors. “Grant,” written by Ron Chernow, who famously penned the biography that inspired the smash Broadway musical “Hamilton,” made the list. (I didn’t read it, but my Dad did and he assured me that we will probably not be getting another hit musical out of the disorganized, hard drinking Grant.) Amy Goldstein’s “Janesville: An American Story,” which covers life in a small town in Wisconsin after a General Motors factory closes, was another of the former president’s favorite reads. And Jew-ish (by his own admission) James McBride, who wrote the short story collection “Five-Carat Soul” captured Obama’s attention this year as well.

All told, 40% of the books on the list were written by Jews. Yay, Jews! (We fared less well in the music section.) Happy New Years and merry reading to one and all.