5 Reasons Ivanka Trump Should Be Our Next President — For Real 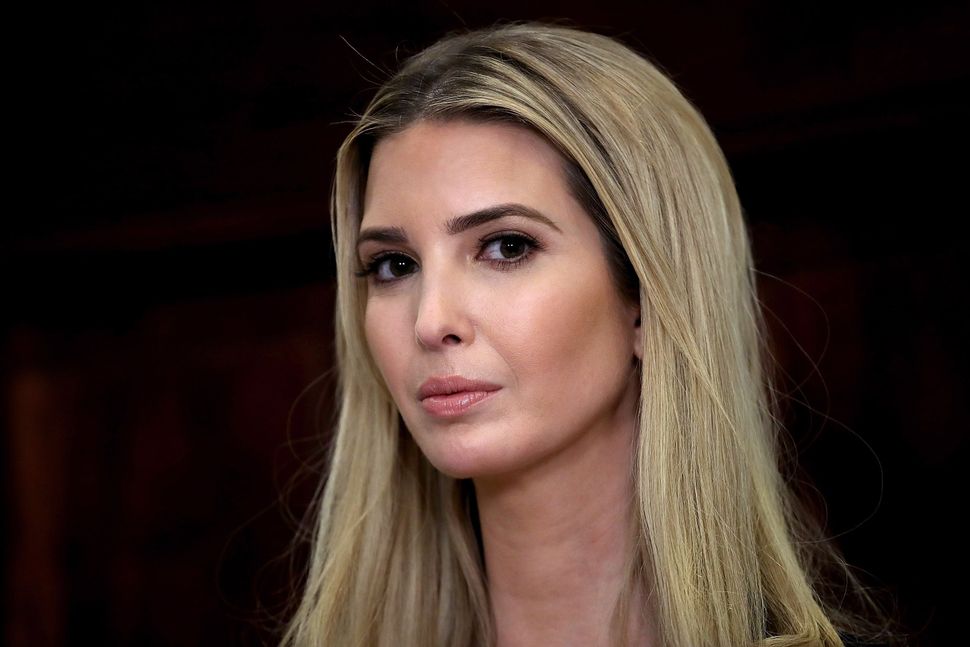 A new book by Michael Wolff, “Fire and Fury: Life Inside The Trump WhiteHouse,” is being heralded by some as the gospel truth about the perpetually bungling West Wing and by others as an embellished account of real interviews that includes interactions that may have taken place largely in Wolff’s own head. One of the most spectacular revelations in the book makes this claim:

Jared and Ivanka had made an earnest deal between themselves: if sometime in the future the time came, she’d be the one to run for president (or the first one of them to take the shot)…The first woman president, Ivanka entertained, would not be Hillary Clinton, it would be Ivanka Trump.

This sentence must serve as a clarion call for a new political era. Here are all the reason’s Ivanka Trump would be an outstanding future president of the United States of America:

It would be hugely empowering to woman everywhere if a woman became president of the United States of America. If that woman was a person with a history of using her power to bar other women from obtaining equal rights, so much the better, because then we would know she wasn’t playing favorites.

An Ivanka Trump presidency, given her support of equal pay rollbacks and her exhaustive work trying to separate women from safe abortions, would lead to a general vibe of female empowerment, the way a Destiny’s Child ringtone issuing from the phone of an acquaintance gives a vague feeling of sisterhood.

The magnitude of the pride that Jews worldwide will feel, and the blow struck in the hearts of anti-Semites and xenophobes everywhere by electing a Jewish president cannot be exaggerated. But the most incredible thing about Ivanka Trump’s devout Judaism is that she manages to be a fully observant Jew while never, ever letting Judaism’s moral teachings get in the way of any of her practices or behaviors.

Trump’s ability to keep biblical laws about fair pay for workers, equitable taxing, welcoming the strangers, and the vitality of religious freedoms out of her actions as a business woman and a political advisor is remarkable. She is never one to allow traditionally Jewish values like caring for the world or healing the sick inform her civil servitude. Here is a woman who can teach the country that church and state can be very, very separate.

Wouldn’t this just be magnificent? Dissimilar from his wife, Kushner doesn’t seem to have a head for business, and he is a soft spoken man and a devoted father who hasn’t shown himself capable of handling high pressure negotiations (see: meetings with Russian lawyers). And unlike Michelle Obama-type, who did her best to stay in a domestic role despite a resume and skills that better qualified her to be a legislator, the intellectually unremarkable Kushner would do better to steer clear of big decision-making. He would flourish by sticking to soft issues, modeling looks from the latest designers, decorating the White House for Hanukkah, and smiling wordlessly at events for four-to-eight years at zero pay.

Equal Rights For All Reality Show Actors, Not Just Stars

With the election of Donald Trump, the coastal elites of America were forced to accept the fact that reality TV stars have just as much of a claim to the Presidency as people who are not reality TV stars. Sadly, there is still a glass ceiling that keeps minor reality TV performers like Ivanka Trump, who served several times as a guest judge on “The Apprentice” and once on “Project Runway” out of office. We must break this stigma, perhaps with an Emily’s List-type organization. Seacrest’s List. The discrimination that keeps minor reality television actors out of politics is insidious, but we can begin to dismantle it with an Ivanka Trump presidency.

The Solution To Global Warming

Looking at Ivanka Trump’s history of refusing paid maternity leave for employees at her company and signing on to a Trump-era plan to give paltry paid leave in exchange for stripping vital social benefits, it is likely that women under an Ivanka Trump presidency would be exceptionally hesitant to bear children. This could lead to a decrease in the alarming birthrate and rising overpopulation numbers, eventually stalling and perhaps reversing the effects of global warming. Ivanka Trump’s presidency could actually save the world.

For women. For Jews. For the huddled masses of minor reality TV performers yearning to break free. Ivanka Trump, 2024 (or 2020).

5 Reasons Ivanka Trump Should Be Our Next President — For Real