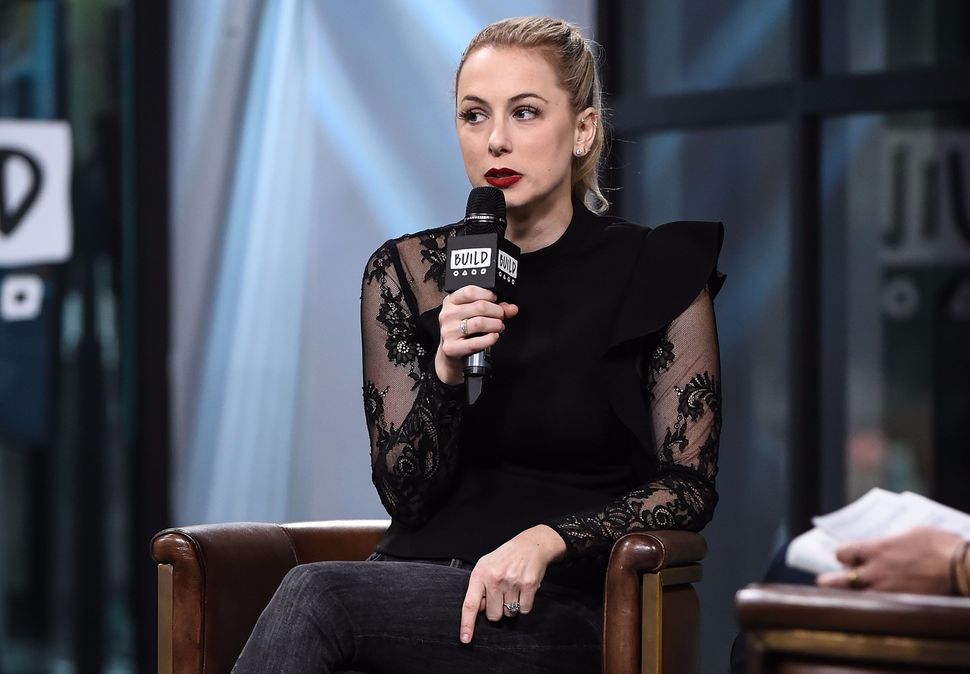 “Last Comic Standing” winner Iliza Shlesinger is facing a lawsuit after her “Girls Night In” comedy event allegedly ejected two men who had purchased tickets to see the November 13 show, according to Variety. Shlesinger is being sued by a man who — thanks to blessings from the comedy gods — is named George St. George. St. George claims that by being denied entry to an event for which he purchased tickets, he and his friend (almost certainly named John St. John) were discriminated against under California state law.

Schlesinger, a 34-year-old Jewish comedian, was the first ever female comic and the youngest person ever to win NBC’s “Last Comic Standing” in 2008. Her event “Girls Night In With Iliza: No Boys Allowed” was a one-night engagement at a Los Angeles venue that promised to include “some fun stories” from Shlesinger and two other female comedians, followed by “a fun talk about our world, girls.” The event, which urged participants to “wear something fun” donated a portion of its proceeds to Planned Parenthood. George St. George (and his fellow victim, perhaps it was Alban St. Albans?) claim in their suit that they purchased tickets for “Girls Night In” and were told initially that they could sit in the back of the event, but were ultimately forced to exit and offered a refund.

The plight of St. George and his nameless fellow soldier in men’s rights mirrors that of Rosa Parks (no it doesn’t, not at all.) But this is not St. George and co.’s first foray into battle against the girls’ club of comedy and reproductive rights. St. George and his attorney Alfred Rava have both made names for themselves by bringing lawsuits against “ladies night” events in the past. Rava, who claims to have filed 150 civil rights complaints in California, has also served on the board of the National Coalition For Men, a men’s rights group that is currently heroically working to stem the tide of “rape culture hysteria.” The denial of tickets to men at Shlesinger’s show was “akin to the Montgomery City Lines bus company in Montgomery, Alabama circa 1955 morphing into the Woolworth’s department store lunch counter in Greensboro, North Carolina in 1960,” Rafa states in the lawsuit.

Shlesinger has stated that while she can’t comment on the specifics of the suit, “‘Girls Night In’ was a singular evening that encouraged women to get together, talk and laugh about the things we go through as well as donate some money to Planned Parenthood. It’s unfortunate that this has now become an issue.” While the lawsuit is indeed unfortunate, the joke may be on St. George, whose namesake saint, by the way, is famous for saving an imperiled woman from being fed to a dragon. Thanks to this St. George we’re still laughing, months after the comedy show has ended.