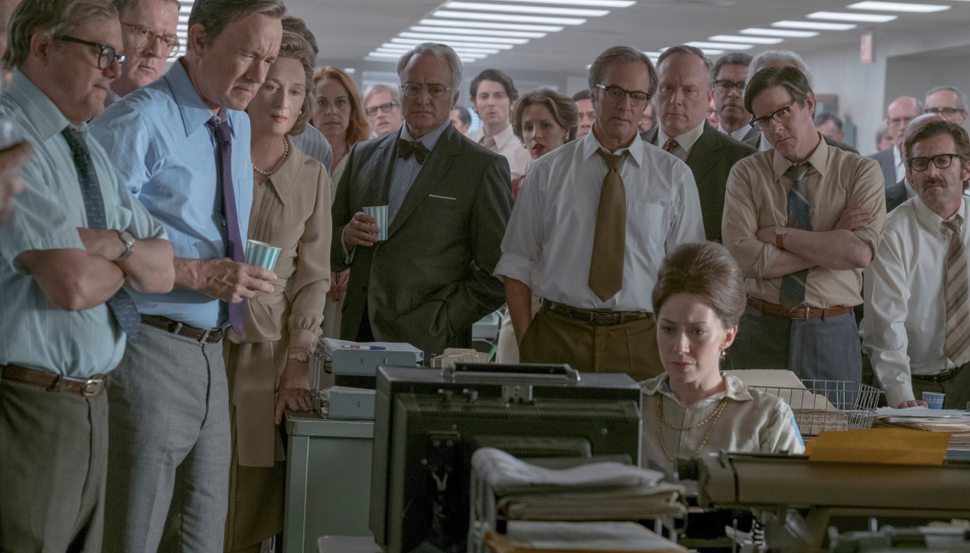 Monday is Martin Luther King Jr. Day. Whether or not you have the holiday off, take some time this weekend to honor King’s legacy. Here’s a list of Jewish ways to celebrate the holiday — it’s from 2016, but still relevant! — but the best way to continue King’s work is to help address continuing inequality and injustice. Seek out a volunteering opportunity in your own community.

Haven’t yet sampled the books that won and were finalists for this year’s National Jewish Book Awards? Check out the honorees, here, as well as the Forward’s coverage of them, here. If you’ve caught André Aciman fever after seeing “Call Me By Your Name,” pick up “Enigma Variations,” his latest work of fiction. Newly released this week, and also worth a read, is Chloe Benjamin’s “The Immortalists.”

The Steven Spielberg-directed “The Post” is out in wide release this weekend; if you’re a New Yorker in the mood for something less of a blockbuster, Ziad Doueiri’s Oscar-shortlisted “The Insult” is now open in the city. (Read Sheerly Avni’s exclusive interview with Doueiri for the Forward here.) On Sunday, Sarah Jessica Parker’s HBO series “Divorce” returns for a second season.

Check out one of the many excellent films at this year’s New York Jewish Film Festival, including the Forward’s recommended picks. Also worth attending is the Zlatne Uste Golden Festival, which occupies Brooklyn’s Grand Prospect Hall this weekend: Over 60 bands will present music from the Balkans and Eastern Europe at large. Highlights will include the Sephardic stylings of Sophie Salonika and several klezmer bands, including KVETCH and the Alicia Svigals/Lauren Brody Klezmer Mash. Lastly, on Sunday Iván Fischer conducts the Budapest Festival Orchestra playing Bach, Beethoven and Rachmaninoff at Lincoln Center.

Saturday, head to the Newseum for “DC in D.C.” a daylong takeover by DC Comics. The free, family-friendly event will include panel discussions and a preview screening of the upcoming CW series “Black Lightning.” Theater J’s production of a theatrical adaptation of Jonathan Safran Foer’s “Everything is Illuminated” looks promising, and a National Symphony Orchestra program featuring Leonard Bernstein’s “Age of Anxiety” is a sure bet.

Fancy a laugh? Go for Stage 773’s Chicago Sketch Comedy Festival, which runs through January 21. Black Ensemble Theater’s “Sammy: A Tribute to Sammy Davis Jr.” is worth attending, as is Lookingglass Theatre’s adaptation of Charles Dickens’s “Hard Times,” which closes this weekend.

This weekend, the Los Angeles Art Show takes over a number of area galleries. At the Skirball Center, attend a screening of “Challah Rising in the Desert: The Jews of New Mexico.” And head to Disney Hall on Saturday to hear Itzhak Perlman play with and conduct the Los Angeles Philharmonic.