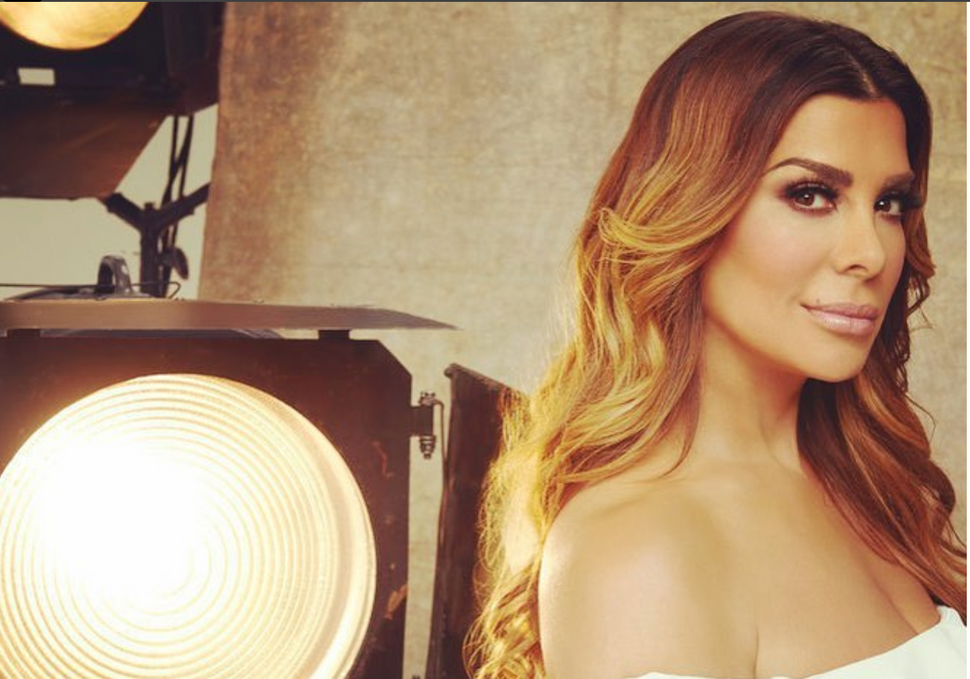 There was a time when you might have prayed, “May my daughter never grow up to be a star on the reality TV show ‘Real Housewives.’”

Now you can change that prayer to, “Should my daughter grow up to be a star on ‘Real Housewives,’ may she be like Siggy Flicker.”

In a dreamlike turn of events brought to us by that endless conjurer of unsettling surprises, the year 2017, Siggy Flicker, a cast member on “The Real Housewives of New Jersey” emerged as a champion of Holocaust education and a vocal resistor against latent anti-Semitism. If the truth is stranger than fiction, then the true-ish reality television is stranger than both. As Flicker departs the show after two seasons as a “Housewife,” we reflect on her unlikely triumph:

Flicker, an Israeli-born matchmaker and relationship guru, joined the show as a new cast in its seventh season, which aired in the summer of 2016 after a two year-long hiatus. Doubt her credentials as a Yente? At her 2012 wedding her ex-husband of eight years served as best man.

You know it’s a real simcha when your ex-husband is your new husband’s best man.

Flicker made it through her first season on the show with minimal drama. But the eighth, and most recent season, has featured a feud between Flicker and other housewives, particularly Margaret Josephs, concerning the ramifications of casual references to the Holocaust and the normalization of Hitler as a catch-all emblem of evil. That’s right, the eighth season of “The Real Housewives of New Jersey” became a reality TV version Nathan Englander’s short story “What We Talk About When We Talk About Anne Frank,” and Siggy Flicker is to thank.

Essentially: The “Housewives” were in turmoil because two of their number, Flicker and Dolores Catania, had accepted an invitation to walk in a fashion show by designer Kim DePaola, for her label POSCHE. DePaola, also known as Kim D., had allegedly spread negative rumors about “Housewife” star Teresa Giuduce’s marriage. As Giuduce, along with other cast members, confronted Flicker and Catania at a dinner in Milan, Flicker protested that though DePaola may have wronged Giuduce she hadn’t done anything to hurt Flicker. Margaret Josephs, another “Housewife,” piped up, “But Siggy, Hitler would have not killed me. Does that make him a good person?”

This question, frankly, can be emotionally processed only by resorting to a series of GIFs.

Comparing Hitler, who enacted genocide, raised a fascist government, and acted from loathsome beliefs to wage a world war, to a gossipy fashion designer? Trashy. Trashy and dare we say, intellectually lazy.

The comment is especially shocking as, despite taking place in New Jersey, “The Real Housewives” only has one Jewish star: Flicker. As anti-Semitism rises on both the left and the right, hearing a non-Jew publicly educating a Jew about morality by using Hitler as an example is audacious to say the least.

Ready for the pièce de résistance? Flicker’s father, Mordecai Paldiel, is a Holocaust survivor and a renowned scholar whose focus is on righteous gentiles, non-Jews who risked their lives to save Jews and other Nazi-targets at the time of the Holocaust. Paldiel, the former director of the Righteous Among Nations department at Yad Vashem, Israel’s Holocaust museum, is a prolific writer on the topic and a current lecturer at Yeshiva University. Just look at the phenomenal birthday cake Flicker had made for him (you gotta love a celeb who can get a Holocaust hashtag and an I Love Cake hashtag into one post):

How beautiful is this cake I had made for my father’s birthday showcasing all the books he wrote on the #HOLOCAUST – Thank you to @CardTure & Promenade in Cresskill,NJ for your amazing talent #ilovecakes #RHONJ pic.twitter.com/2ZajTcPHFG

Flicker’s response to Joseph’s Hitler comparison was not quiet. “My father’s a Holocaust survivor!” she exclaimed on another episode. “What kind of person has Hitler on their mind?”

But when Flicker sat down her fellow cast members to gather support for her cause, she experienced the kind of alienation that will resonate with many Jews, even the non-reality stars among us. “Unless we’re discussing the Holocaust, Hitler’s name should not come up,” Flicker said to her friends. “I am the daughter of a Holocaust survivor. It’s inappropriate!” But the other housewives demurred. Two told Flicker that because Josephs’ husband and stepchildren are Jewish, Joseph herself cannot be an anti-Semite. Once again receiving a lecture from non Jews about Judaism, Flicker rose to the occasion on behalf, I can only assume, of diaspora Jews everywhere.

“Honey, I know many people who married Jews who can’t stand Jews,” Flicker told Josephs. “You’re anti-Semitic!” Joseph took up her own defense, the other stars refused to take sides. The rest of the season revolved around not a simple diss-driven drama, but, strangely, a glamorized depiction of what subtle, banal anti-Semitism can look like when Hitler stops being a historical fact and starts being a literary example.

Why do people who don’t generally care about anti-Semitism often feel so comfortable using the Holocaust as a rhetorical example?

Since the “Hitler incident,” Flicker has kept up a constant social media barrage about Holocaust remembrance and respect. Check this unusual reality star Instagram content:

How twisted does one have to be to go from discussing a charity event to referencing Hitler to the only Jewish girl whose father happens to be a survivor? #RHONJ My father,Dr. Mordecai Paldiel was born in Belgium in 1937, and when the Germans invaded in 1940 his family fled to France. They moved around a lot and in 1943 after fleeing from village to village in France his family ended up in Evian, France where a Catholic priest helped my father’s family cross over the border into Switzerland! My father had devoted his entire career to recognizing #actsofkindness and to honor those who risked their own lives to save a another life. He ran the Righteous Gentile Division at Yad Vashem for over 27 years and is responsible for adding 18,000 names to the museums list of gentiles who saved Jews during the Holocaust. I am a proud daughter! #actsofkindness #sorrybutnotsorry To see full video – Link in Bio

And this public service announcement via Twitter about the power of Holocaust education:

Education is key here! Hitler is not an analogy. It is an abomination. Referencing the man who tried to kill my father & his family was deliberate and premeditated. Educating people to recognizing the subtleties of antisemitism is critical to an advanced society! pic.twitter.com/KnPD7dbA8G

In a letter this week printed in Us! Weekly, Flicker said goodbye to the reality show. Explaining her reasons for not returning for a third season, Flicker cited the dangers of allowing one’s story to be told through an editor’s lens. She added:

“I learned that education is the very foundation by which a great society is built. There is no room for intolerance or marginalization based on faith, and I am grateful that I have been recruited to educate on the subject. This is where civil society must draw a line. I am sure that people will think twice before bringing up Hitler’s name in casual conversation far removed from the atrocities of the Holocaust or World War II.”

Maybe you’ve never watched a minute of reality TV and maybe it’s your favorite guilty pleasure. But love it or hate it, know that will not soon see the likes of Siggy Flicker and her Holocaust cakes, marital history, and unwillingness to brook any nonsense about the Holocaust from anyone, no matter the social consequences.

Shalom, and thanks for all the Hitler reality checks, Siggy!