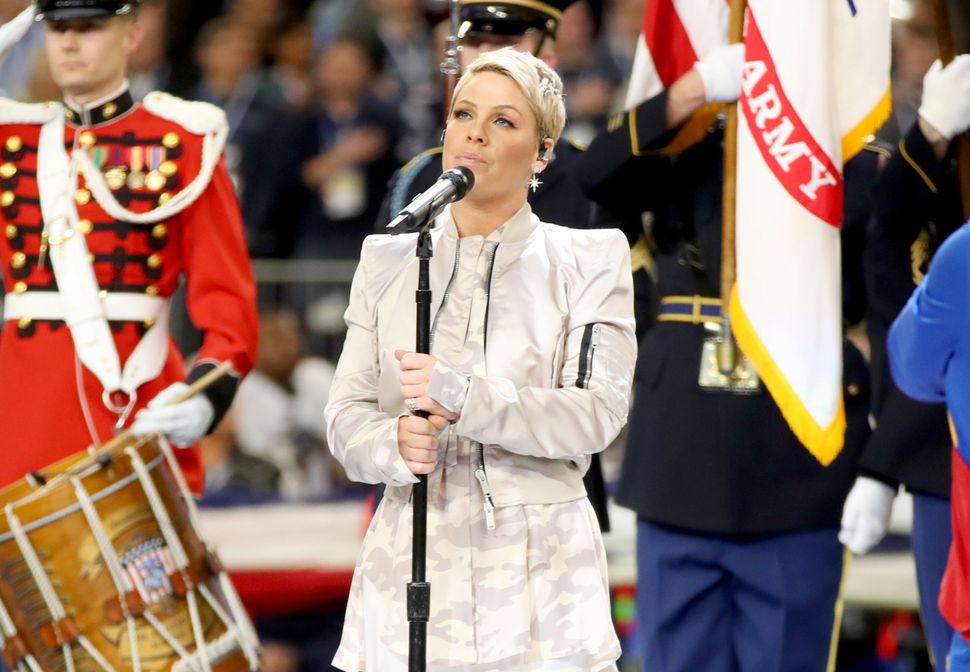 By most accounts, Pink’s performance of the National Anthem at the 2018 Super Bowl was a resounding success. Like Hillary Clinton before her, she battled through illness to honor her commitment to Tom Brady, Robert Kraft, and the American people. It was an inspiration and an indisputable win for femalekind.

But where there is a strong woman living her dream in public, you will always always always find an insignificant man enthusiastically tearing her down.

A Twitter user unhappy with the performance tweeted, “If I’ve said it once, I’ve said it 1000 times. Pink sucks and if you like her singing, you’re dumb.”

A harsh but committed take, the kind of opinion that gets you a column in the New York Times — but, as it turned out, this person got a lot more than that.

If you thought Pink had more important things to do last night than publicly chastise a football fan on Twitter, you don’t understand her priorities.

Yeah but altleast I suck while singing our countries national anthem, and you just suck by yourself on a dirty couch. #winning https://t.co/SfLQr9hVTq

And with that, we learn an invaluable lesson: don’t come for Pink unless you’re prepared to reckon with the millions of fans who have kept her relevant for a positively astonishing two decades.