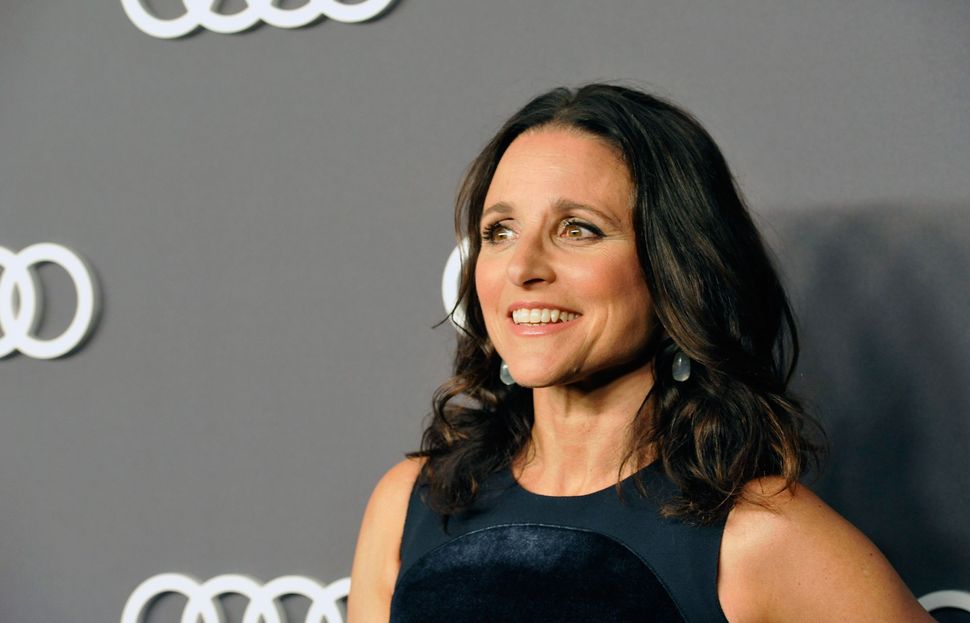 Between a new lawsuit against The Weinstein Company, an update on how increased strictures on travel from the Middle East will impact the Oscars and a health update from Julia Louis-Dreyfus, this week’s movie news is, well, heavy on the news. Don’t worry, though: We have plenty of “movie” to mitigate the “news,” including Daniel Witkin’s fantastic review of Alex Ross Perry’s “Golden Exits.”

Phew, what have we missed? Maybe some movies about the news? Is “The Post” still relevant?

Vulture reports that Mahmoud al-Hattar, founder of the White Helmets and subject of the documentary “Last Men in Aleppo,” will not be allowed to enter the U.S. to attend the Oscars ceremony. The director of the film, Feras Fayyad, told The Hollywood Reporter that “Barring a miracle, [al-Hattar] will not be at the Oscars with me. We are artists and we just want to share our stories and nothing more. It’s very sad he won’t have an opportunity to share his.” He blamed President Trump’s travel ban for al-Hattar’s failure to procure a visa to enter the country.

2) A very talkative tale of quiet desperation made its debut

For the Forward, Daniel Witkin examined the complex “atomic structure” of relationships in Alex Ross Perry’s chatty “Golden Exits,” released last week. The filmmaker, who previously directed “Listen Up Philip” (2014) and “Queen of Earth” (2015), here presents “a rather provincial movie, fixated on the cloistered lives led by many in this most cosmopolitan and expansive of cities,” Witkin writes.

3) ‘High Maintenance’ gave the ex-Orthodox experience its due

As Eli Reiter wrote in the Forward, the HBO series “High Maintenance” manages to accurately portray the difficulties Hasids face in leaving their communities better than most other films or TV shows. In the episode “Derech,” a recent ex-Orthodox Jew named Baruch is seen struggling to find a job given that most of his experience is in “Torah study and Kosher practice.” He asks a woman out on a date, seemingly successfully, before discovering she’s reporting on ex-Hasids for Vice. The scene resonates with Reiter, who draws on personal experience to explain how journalists take advantage of subject’s naiveté for their own gain.

Becky Scott writes in the Schmooze, “It’s official – Julia Louis Dreyfus is not going to let cancer get her down.” The actress posted a picture to Instagram after her mastectomy with the caption, “Hoorah! Great doctors, great results, feeling happy and ready to rock after surgery. Hey cancer, ‘Fuck you!’”

5) Will a suit against The Weinstein Company be good for Harvey Weinstein’s victims?

In The New York Times, Andrew Ross Sorkin analyzed the New York Attorney General Eric Schneiderman’s recent filing against The Weinstein Company. As he writes, while Schneiderman “said all the right things” about compensating the victims, his move may actually prevent said victims from receiving any money. That’s because the lawsuit may force The Weinstein Company into filing for bankruptcy. If that happens, there “would be no funds” for victims.