‘Mozart In The Jungle,’ ‘Sadness Is A White Bird’ And More To Read, Watch And Do This Weekend 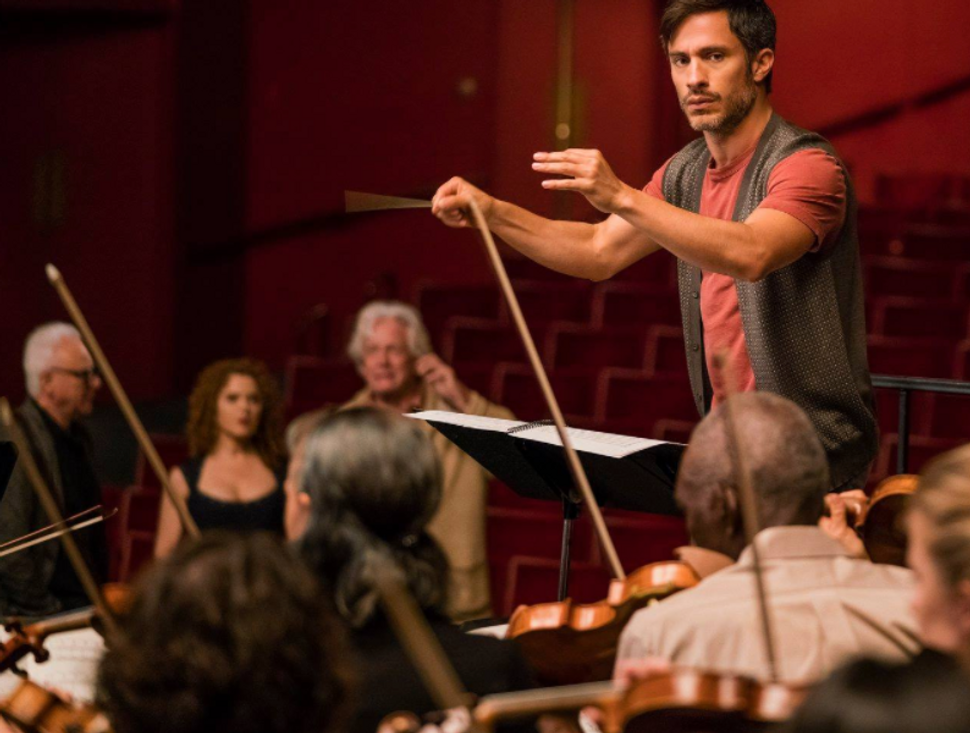 A moment of appeal, before we turn to the long weekend: In the wake of the horrifying school shooting at Marjory Stoneman Douglas High School in Parkland, Florida, take some time in the next few days to read the stories of the victims and, if you are so moved, take action to advocate for gun control.

While we as a country mourn the lives lost in the Parkland shooting, art remains both a balm and an opportunity to evaluate the complicated social and political issues that most affect our country. This weekend, take advantage of both functions; read on for the best in weekend culture in New York City, Washington D.C., Chicago and Los Angeles.

Paul Goldberg’s debut novel “The Yid” was highly acclaimed; his sophomore outing, “The Château,” was released this week. Another promising new fiction release is Moriel Rothman-Zecher’s “Sadness is a White Bird,” the Israeli-American writer’s first novel. Should you care more for weighty history, Martin Goodman’s “A History of Judaism” should do the trick.

Amazon’s addictive show about behind-the-scenes drama in the classical music world, “Mozart in the Jungle,” returns on Friday for a fourth season. Alex Ross Perry’s “Golden Exits” is in theaters, and while the Forward’s Daniel Witkin wasn’t impressed by its depiction of life in Brooklyn, he suggests Perry is a filmmaker to be watched, writing that “he’s a dedicated chronicler of the discomforts of the comfortable.” And while the new Zosia Mamet-led romantic comedy “The Boy Downstairs” has won only tepid reviews, if you’re in need of a Brooklyn love story as a break from the dreck of this week, that film seems to be your only option.

James Iverne’s new play “A Walk With Mr. Heifetz” is in previews at the Cherry Lane Theatre; the play revisits a 1926 concert played in British Mandate Palestine by the renowned violinist Jascha Heifetz. Also in previews is “Bad Jews” playwright Joshua Harmon’s latest outing, titled “Admissions,” at Lincoln Center Theater. If you’ve a yen for visual art, head to MoMA for a retrospective of the work of photographer Stephen Shore.

Two intriguing options at the Kennedy Center this week: The National Symphony Orchestra Pops’ performance “‘West Side Story’ in Concert,” which runs through Saturday, and Michael Mayer’s production of the Broadway musical “Chess.” Also worth attending on Saturday night will be “American Rhapsody: The Gershwin Songbook” at Wolf Trap.

Spend your Saturday at Kelvyn Park for an afternoon of short social justice-oriented plays produced by Collaboraction, including Nancy García Loza’s “Jets, Sharks, and Beckys,” which meditates on race in “West Side Story.” That night, head to legendary jazz club the Green Mill for a set by the Peter Bernstein Quartet. And if you’re in the mood to see one of the alleged witches from Arthur Miller’s “The Crucible” serenade a gay, adolescent Abraham Lincoln — yes, really — head to the Edge Theater for a production of Stephen Karam’s “Speech & Debate.”

Eve Ensler’s “The Vagina Monologues” are relevant every year, but in the era of the #MeToo movement promise to be especially resonant. See them this weekend at the West Hollywood City Council Chambers. It’s a fine weekend for visual art in Los Angeles, as well; make time to stop by Hauser & Wirth for “Louise Bourgeois: The Red Sky,” or Jack Rutberg Fine Arts for “Rico Lebrun in Mexico.”

‘Mozart In The Jungle,’ ‘Sadness Is A White Bird’ And More To Read, Watch And Do This Weekend