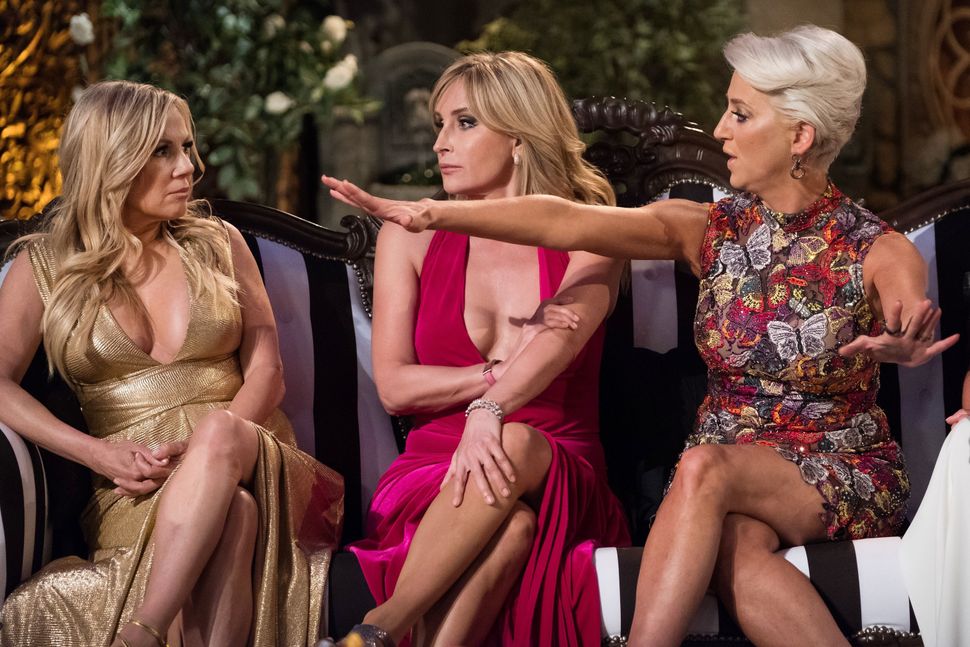 It’s hard to find a person with a darker soul than those who call “The Real Housewives Of New York City” their home. Of course, nobody wants to watch good people living their lives but these women take wretchedness to a level never before seen.

Which is why it’s so nice to see something bad happen to them.

Page Six reports the ladies were caught on the cruise from hell while on vacation in Cartagena, Colombia.

They had planned to take a luxury yacht out on the lovely blue water of Cartagena but quickly realized that is not what God had planned for them.

According to Page Six, “Once they were ushered on board, the boat couldn’t even move. The anchor got stuck, so the crew had to saw the anchor off before they could sail anywhere.”

The terror experienced by these women was, apparently, cacophonous and I sincerely hope the crew members filming were able to experience a bit of joy cutting through their own fear for their lives.

Cartagena, a popular tourist destination for Colombian locals, is off the beaten path for New York City’s most terrible women. Stray dogs roam the streets, the humidity is suffocating, and many of the beach restaurants are just residential homes with signs outside offering to cook you fish. It’s a beautiful place but it’s hard to imagine these housewives appreciating beauty.

I, for one, anticipate with glee the episode where these women might finally learn that life is fleeting and poor people exist.