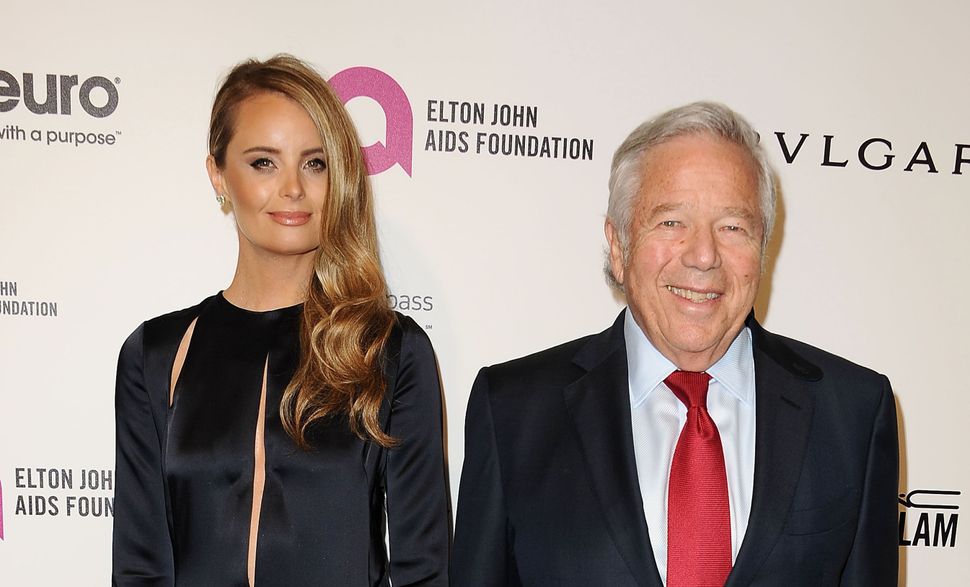 Robert Kraft, the billionaire owner of the Patriots, has confirmed that his longtime on/off girlfriend, Ricki Lander, has given birth to a child that is not biologically his own.

(The Patriots are an American football team. American football is a game in which several hefty men throw around a cornea shaped ball and there are lots of rules that take years and a lot of free time to fully understand).

Kraft, via a spokesperson, told Page Six,“Last fall, Ricki Noel Lander became the proud mother of a beautiful, healthy baby. While Robert Kraft is not the biological father, he is thrilled with Ricki’s blessing of having a healthy child. With respect to her family’s privacy, we will not be commenting any further.”

Although the child is not his, Lander and Kraft are still in a relationship and he is reportedly supporting the child and Lander financially.