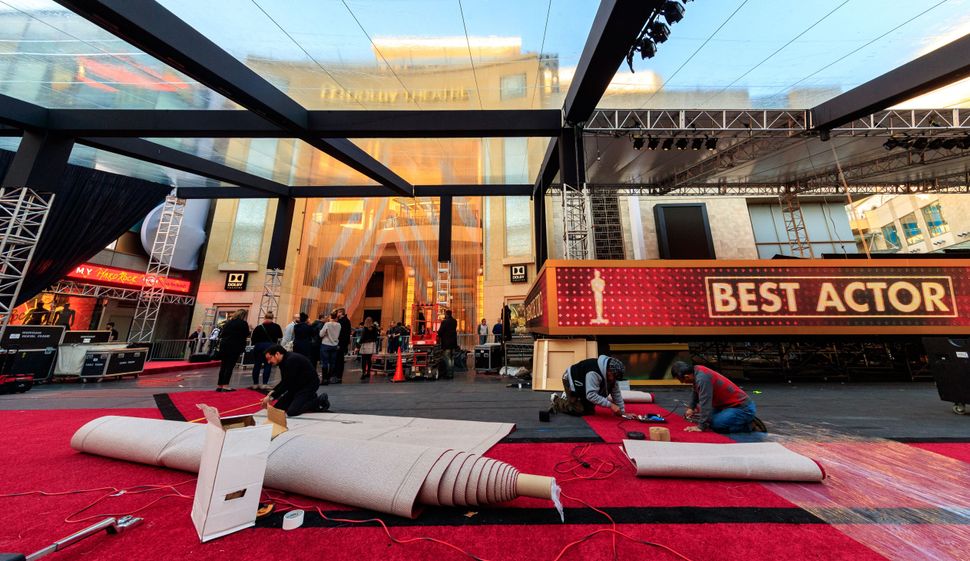 It’s Oscars weekend, and, for once, the often-predictable ceremony has the admittedly mild potential to be genuinely interesting. On the biggest night of Hollywood’s year, how will presenters, performers and award-winners address the ongoing revelations of pervasive sexual assault and harassment that began with The New York Times’s exposé on Harvey Weinstein? A surprising number of critics think it’s a toss-up year in several big-ticket categories, including that of Best Picture and Best Director. A surprise on the scale of last year’s, in which “Moonlight” won out over “La La Land” after the latter film had mistakenly been announced as the winner, is unlikely. All the same, the ceremony ought to prove unusually exciting to watch.

Read on for the best things to do this weekend in New York City, Washington D.C., Chicago and Los Angeles.

2010 Nobel Laureate in Literature Mario Vargas Llosa’s novel “The Neighborhood” is newly out in English, translated by Edith Grossman. Also newly released is the paperback edition of Ayelet Gundar-Goshen’s acclaimed 2017 novel “Waking Lions.” And as it’s Oscars weekend, look back at some of the Forward’s coverage of the ceremony and its nominees, including my profile of André Aciman, author of “Call Me By Your Name”; Shaina Hammerman’s examination of the Jewish predecessors of the “The Big Sick”; and Neal Gabler’s think piece on whether “our Jewish liberal conscience is ruining the Oscars by substituting political judgments for aesthetic ones.”

The Oscars — did we mention they’re this Sunday ? — obviously dominate this weekend’s must-watch content. Worth a watch, as well, are the new Israeli drama “Foxtrot,” which was short-listed for the Academy Award for Best Foreign Film but didn’t make the final cut for nominees. For the Forward, Simi Horwitz spoke to the film’s director, Samuel Maoz; find their conversation here. Also promising is “Submission,” the Stanley Tucci-led adaptation of Francine Prose’s 2000 novel “Blue Angel.”

This weekend, the 92nd Street Y has something for everybody. On Thursday night, choose between “The German-Jewish Cookbook: Recipes and History of a Cuisine,” a talk the eponymous cookbook’s authors, and a conversation with Rachel Brosnahan and Michael Zegen, stars of “The Marvelous Mrs. Maisel.” Sunday night, The New York Times’s Maggie Haberman and Alex Burns will join Jeff Greenfield for the latest installment of his ongoing series “In the News.” If you’re in the mood for art, head to the Frick Collection for the exhibit “Zurbarán’s Jacob and His Twelve Sons: Paintings from Auckland Castle” which I reviewed for the Forward earlier this week.

Gustav Mahler’s 10th Symphony is a masterpiece; see one of the National Symphony Orchestra’s performances of it this weekend at The Kennedy Center. Also grim and gloomy will be Bertolt Brecht’s “Fear and Misery of the Third Reich” at The Den Theatre. If something more lighthearted suits your fancy, check out Robbie Schaefer’s musical “Light Years” at the Signature Theatre.

If you want to know what links the Romantic poet and painter William Blake with the beat poet Allen Ginsberg, the Northwestern Block Museum of Art’s exhibit “William Blake and the Age of Aquarius” will make sure you’re informed. (It’s, err, R-rated content; you’ve been warned.) Less psychedelic and more sobering is the Illinois Holocaust Museum and Education Center’s “Speak Truth to Power,” an exhibit of photographs of human rights activists from around the world.

On Thursday, catch Israeli musician Idan Raichel at the Theatre at Ace Hotel. If you’re feeling theatrical, sample either the Lincoln Center Theater touring production of “The King and I” or director Marya Mazor’s take on Friedrich Schiller’s “Mary Stuart.”