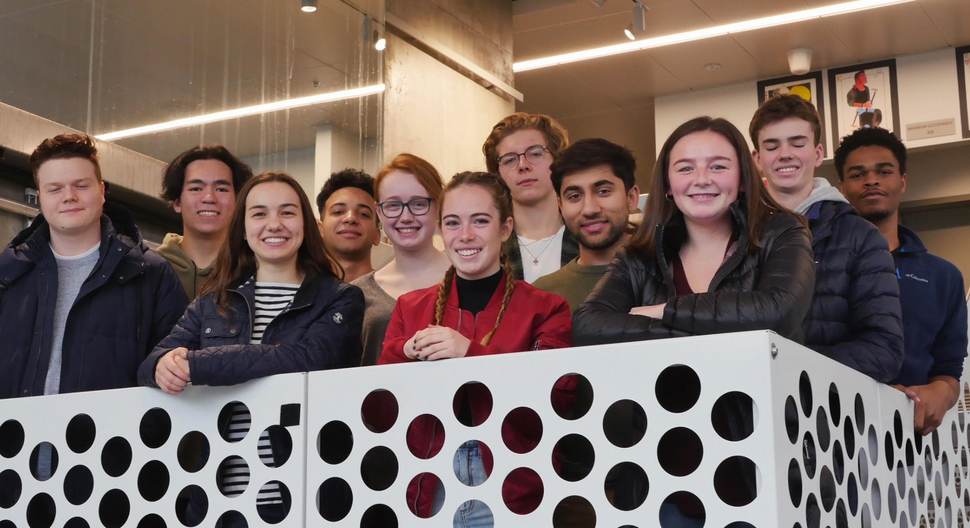 It was the astrophysicist Neil deGrasse Tyson who once said, “The universe is under no obligation to make sense to you.” It is in that spirit that a group of students at a Seattle private school decided to launch a piece of avocado toast into space. It seems history has unfolded just as early scientists feared — first we let women go to space, then animals, then avocado toast. I spoke with Josh Jaffe, the Jewish student who was responsible for publicizing the mission, which is named “Avocado Aviation.” I reached him just before the launch, at Moses Lake, in Eastern Washington.

The Schmooze: Hi, Josh! What exactly are you doing?

Josh Jaffe: We were challenged by our school to build a high-altitude balloon. Our school has a class called Innovations and they split us into four teams — each team has 12 students on it — to send a balloon into space.

The Schmooze: Okay, but you are sending avocado toast, which is not a balloon.

J.J.: We wanted to launch avocado toast into space to switch it up a bit. It’s never been done before. I’m in charge of the social media account and I’m in charge of getting the word out there, which was one of the factors of us using avocado toast as our payload. We thought — it’s kind of a hip and trendy item and something millennials might want to check out.

The Schmooze: (Noting that Mr. Jaffe, a current high school student, does not qualify as a millennial.) Millennials?

J.J.: Millennials like all sorts of weird things … kombucha? I think it’s different than just regular toast, and the hipster vibe is kind of the main trendy thing nowadays.

The Schmooze: Sure. So how does this work?

J.J.: Behind the balloon we have a payload that actually holds the avocado toast — there’s a Styrofoam box, and the box has a GPS tracker so that we can figure out where the balloon is gonna land. Also, there are two Go Pro cameras on the box and a few other sensors as well, that track — wait — let me ask — (shouting) Duncan! What do the sensors track? (Muffled voice of Duncan.) They track the radiation and the altitude.

So, we’re using really big helium balloons suited for high altitude. These specific balloons are designed to last for a really long time in the atmosphere — they go up to 90,000 feet, and although we know it’s probably not going to last very long in space, the footage we get from the Go Pro cameras will show that it’s out of earth’s atmosphere.

The Schmooze: Wow, science! Say, where is the avocado toast from?

JJ: We were sponsored by a local restaurant called “Meet The Moon” and they provided the toast for the launch. It’s known as the best avocado toast in Seattle. Unfortunately I don’t know exactly how much it cost but it usually runs between $6 – $12.

The Schmooze: Shoot me straight, Josh — is this Jewish at all?

JJ: Yes! Three of the kids on our team are Jewish. And the metaphor could be sending something to space is sending something up to God — sending avocado toast up to God! Having the opportunity to do this project is really amazing and we’re really grateful for that. I feel like I’m making my community proud and my family proud.