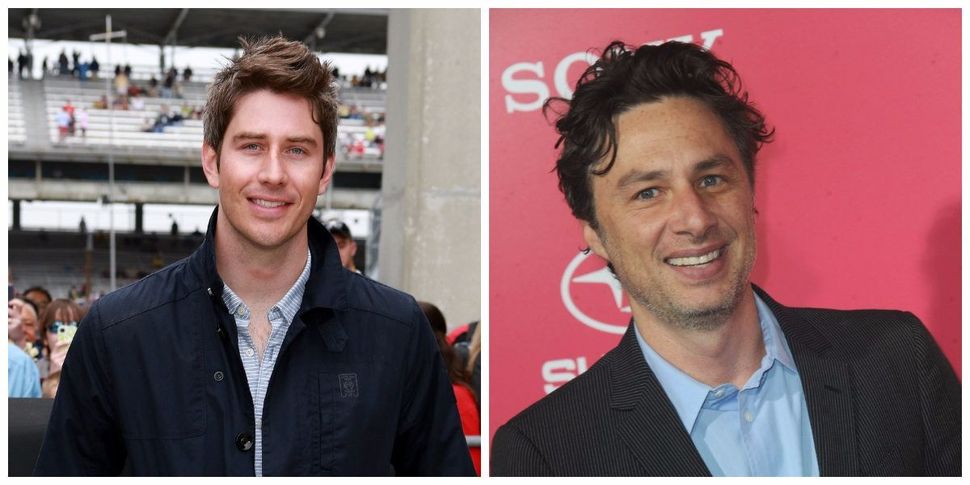 Zachary Braff is capitalizing on a moment of national tragedy in a last ditch attempt to convince the world that he is hot. Once again, it falls to a national Jewish publication with Socialist roots to stop him in his tracks.

We can’t control senseless evil, specifically “Bachelor” star Arie Luyendyk’s sadistic heart-stomping of fiancée Rebecca Kufrin this week on national television. But we can work to stop those opportunistic, forehead-first cads who would refocus the Kufrin/Luyendyk narrative on themselves. Yes, ladies and gentleman, my aging arch-nemesis Zach Braff has once again attempted to hypnotize the world into thinking that he is the doppelgänger of a much younger, suaver man — Arie Luyendyk. In response to the shocking twist on Monday night’s “Bachelor” episode, Braff tweeted, “I don’t want to look like this f****r anymore.

One begins to suspect that Braff did not read the decisive journalism this very outlet published on this issue back in September, when the 42 year-old first espoused a similarity to Luyendyk. A reminder:

Arie Luyendyk Jr, former racer driver, current realtor, future bachelor No. 22, is a man whom we have met before (literally, he was on Season 8 of “The Bachelorette”). No one could ever confuse him with a weepy, meep-y, Kickstarter enthusiast named Zach Braff. Luyendyk Jr. is a tousled-haired Arizonian. Braff starred on Broadway in an unsuccessful Woody Allen musical. Luyendyk has “Jr.” at the end of his name. Braff’s full name is the immensely punchable “Zachary Israel Braff.”

Luyendyk races cars. Braff races all other men to be the one who annoys me the most. They could not be easier to tell apart.

Zach Braff, we all know how much you like to start crowdfunding campaigns. If you feel moved to do something about this catastrophe, please feel free to donate to Becca Kufrin’s wine fund.