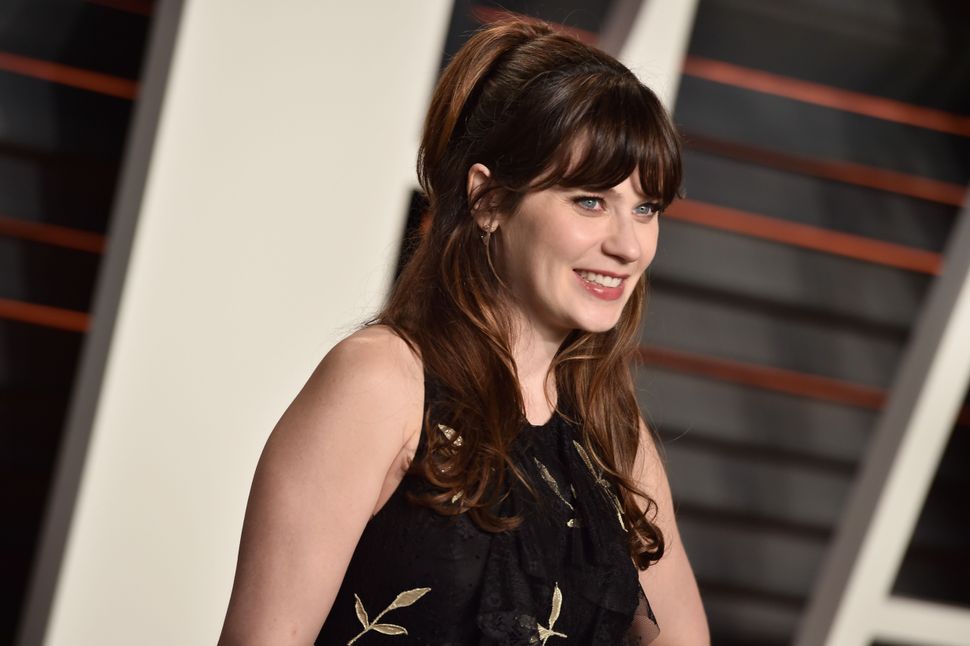 Zooey Deschanel, a woman whose comedic talents have long been gravely undervalued due to sexism but who nevertheless named her first child “Elsie Otter,” will star as Belle in a concert version of “Beauty and the Beast.”

Disney announced on Monday that Deschanel will star as the bug-eyed French prisoner/reading tutor in a live concert version of the musical that will play for just two nights at the Hollywood Bowl on May 25 and 26. This concert performance comes just a year after the live action “Beauty and the Beast” that starred Emma Watson, the actress whom our society has inadvertently allowed to become the most famous feminist alive. Deschanel, Watson, and the original voice of Disney’s Belle, Paige O’Hara, have all stepped into a role created by the legendary Jewish composter/lyricist team Alan Menken and Howard Ashman, who created the extraordinary 1991 album that made “Beauty and the Beast” such an enduring success.

BELLE: There goes the baker with his tray like always
BAKER: well there goes Belle, singing her DAILY MEAN SONG about us

Deschanel will be joined by a starry cast, including Kelsey Grammer as Lumiere, Taye Diggs as Gaston, Jane Krakowski as Mrs. Potts, and The Voice’s Anthony Evans as the beast. Interestingly, as contemporary casting makes for a more racially diverse group of actors, casting directors continue to see Belle as white.