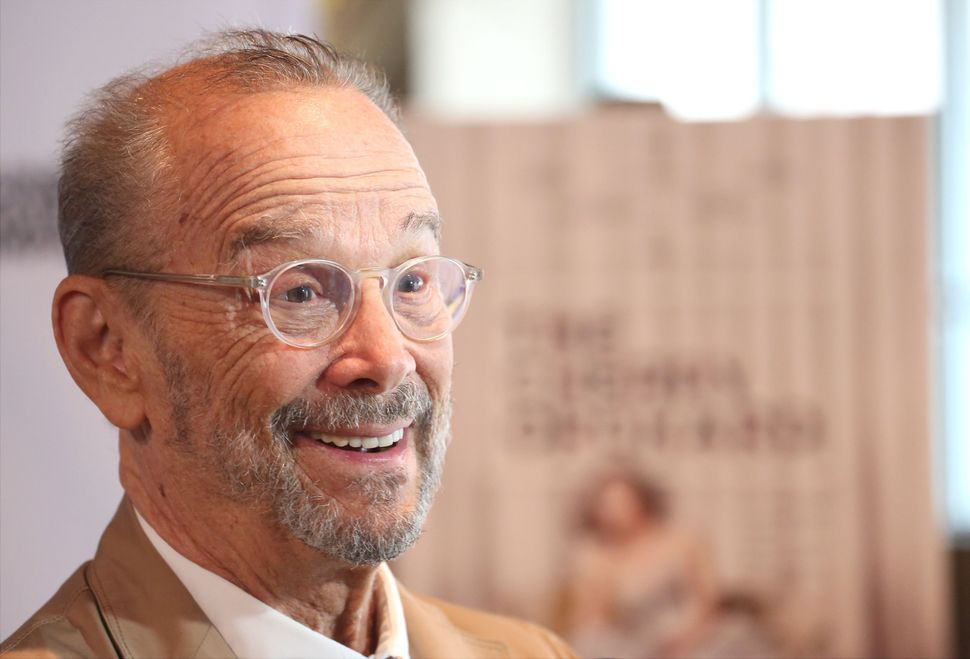 As the brilliant Shalom Aleichem wrote in “Tevye The Dairyman,” the book of stories upon which the musical “Fiddler On The Roof” is based, “You see how it is, my dear friends. There’s no pleasing everyone. It’s hopeless to even try, and the more you play the peacemaker, the less peaceful things become.”

But is it possible that the announcement that legendary “Cabaret” actor Joel Grey will direct the first Yiddish-language production of “Fiddler On The Roof” in the United States really will please everyone?

The New York City-based company National Yiddish Theatre Folkesbiene will produce the watershed production this summer at the theater at the Museum of Jewish Heritage in Manhattan. The Yiddish translation of the musical’s libretto was done by Israeli performer Shraga Friedman and first performed in Israel in 1965, on year after the premiere of the original Broadway production.

Grey, a longtime Broadway luminary best known for his role as Emcee in the “Cabaret” movie and first Broadway production, told Forbes that the original “Fiddler” producer, Hal Prince asked him to either direct or star in the Yiddish production. Prince, a Jewish producer who has been one of the most profound arbiters of theater creation in Broadway history (you can thank him for a few small shows like “West Side Story,” “Cabaret,” “Phantom of the Opera,” “Sweeney Todd,” that sort of thing,) told Grey the choice was his. “I said I once wanted to play Tevye, but the experience never came to pass, there was never time, and I would love to direct it,” Grey recalled.

Grey, who is 86 and continues to star in roles on stage and screen, has Yiddish in his blood. His father, Mickey Katz, was a Vaudeville star who created a series called The Borscht Capades and was known for his Yiddish parodies. The chance to share a Yiddish performance of “Fiddler On The Roof” is thrilling to Grey. “It will be,” he told Forbes, “like the Sholem Aleichem stories are going home.”