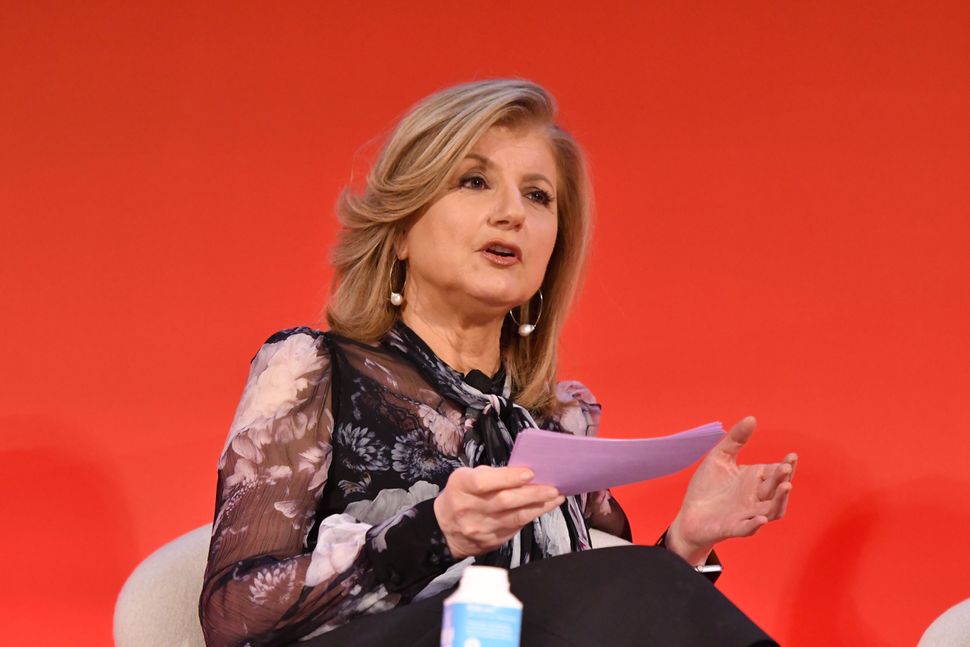 The Huffington Post casts a wide net: “Woman Effortlessly Annihilates Opponent In Cotton-Candy Eating Contest” is a headline you could read on the site today.

But Arianna Huffington, the founder of the site, which holds the remarkable distinction of being the most popular news website in the United States, is once again calling for readers to take a break from technology, and with it, news media. Why? Shabbat, of course.

“You do something very profound by asking people to disconnect from all the work and reconnect with something deeper,” Huffington, who is not Jewish, recently told Haaretz, adding that “everybody should be in favor of keeping the shabbat…not just religious people.” Shabbat, she said, is “a great gift.”

So will we hear Huffington waxing off about the her favorite shomer shabbas-friendly hot plates and kumkums? Not so fast. Huffington neither keeps Shabbat halachically nor does she do ritual candle lighting or other blessings. She just breaks from technology. She says, “When you honor the Shabbat you don’t say you shouldn’t do anything for seven days, you say that you need a break for one day.” According to Huffington, taking a break from technology helps her connect to it better during the rest of the week. Clever stuff.

But does Huffington, breaking from technology to return to it with full force during the rest of the week, celebrate shabbat by honoring God or herself? Does it matter?

One hopes that there’s a Huffington Post article on the subject.