Jenny Slate And Chris Evans Are No Longer A Couple 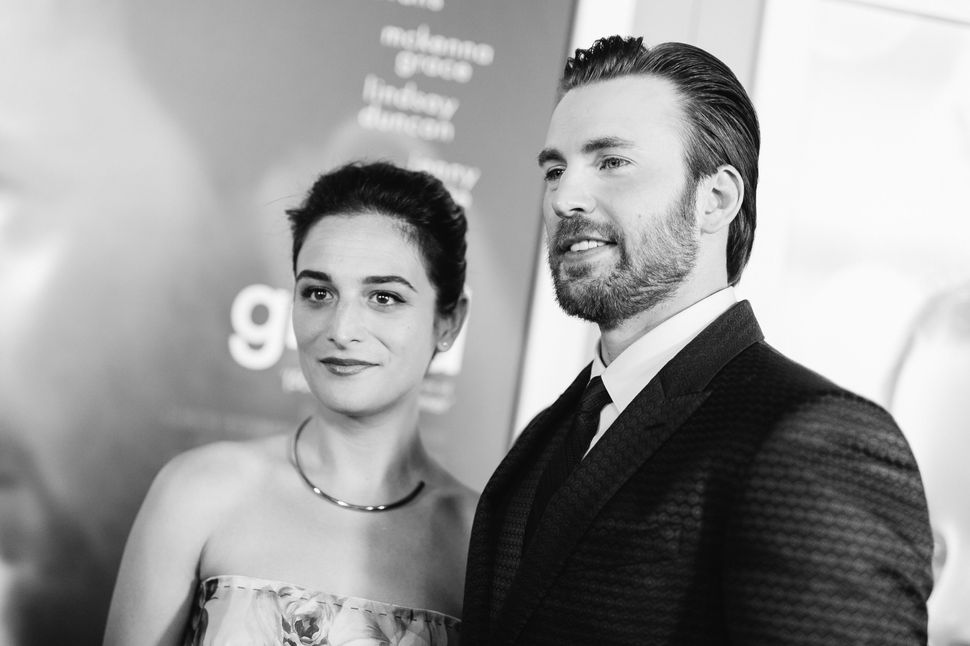 America’s sweetheart (subcategory: brunette, subcategory: Jews) Jenny Slate and “Captain America” actor Chris Evans have broken up again. And I don’t mean to be dramatic, but it feels like this is God’s way of saying “Brown-haired women aren’t meant to be happy.” The news is devastating at face value (why can’t two attractive people I’ve never met just stay in a relationship?) but as further details emerge, Slate appears not spurned, but saved.

In a profile of Evans in the New York Times on Thursday, writer Reggie Ugwu put the couple’s breakup in the last third of the article, in a parenthetical. In a PARENTHETICAL.

Now, you can read our extensive coverage of Slate and Evans’ relationship here (at your own peril — we can’t even bear to relive it.) The fascinating thing about the Slevin relationship has always been that Chris Evans is conventionally more attractive than Jenny Slate and much more famous than her, and Jenny Slate is much cooler and smarter than Chris Evans.

But after reading a lengthy article that chronicles Chris Evans’ take on tap dancing (“it’s awesome”) his next project (“The Red Sea Diving Resort,” a movie about the evacuation of Ethiopian Jews that stars zero Ethiopians and one white Jew) and his firm views on the #MeToo movement, (“It’s awful to admit, but I know plenty of guys who fit this mold” — not good enough, buddy!) it feels clear that Jenny Slate is not just cooler, but actually better than Chris Evans. Plus, Chris Evans now has a mustache, and the fact is that it would look better on Jenny than it does on him.

Peace be with you, Christopher! May you find someone more on your level. And Jenny, we hope your heart heals fast. But, would it be so awful if it was a nice Jewish boy next time?

Jenny Slate And Chris Evans Are No Longer A Couple