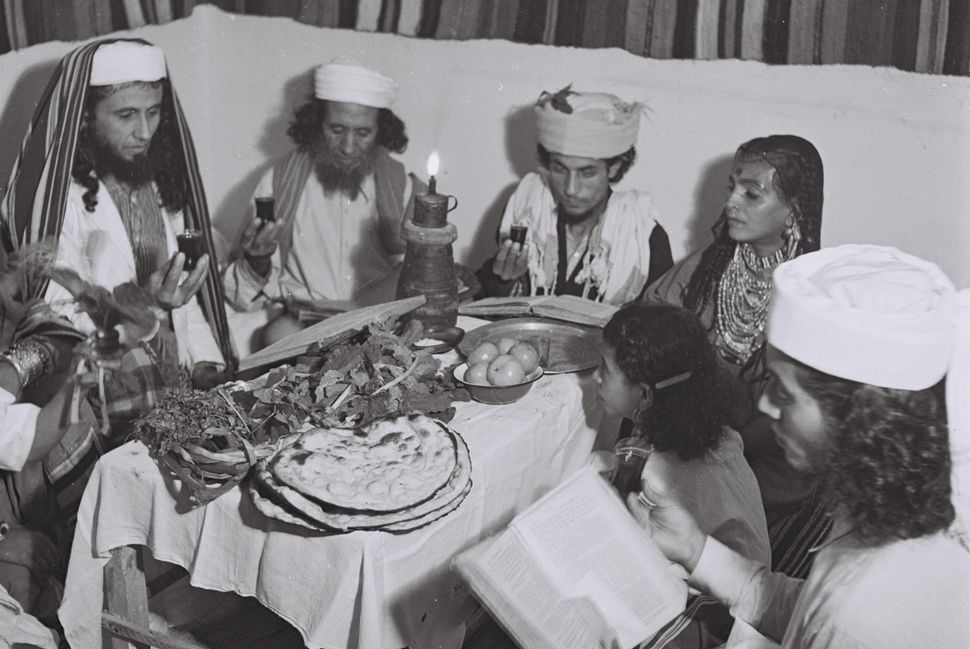 Over recent years, a curious tradition has cropped up in many traditional Jewish family seders: The recitation of the Four Questions in a variety of languages.

“Jewish children have been reciting the Ma Nishtana for about a hundred generations and…in many different countries,” writes Ilana Kurshan in her book, “Why Is This Night Different from All Other Nights?: The Four Questions Around the World.” There, Kurshan collects the Haggadah’s four questions in twenty-three languages — from Afrikaans to Yiddish, languages which some Jewish communities have traditionally spoken.

One speech technologist, Murray Spiegel, has taken this tradition of the multi-lingual Ma Nishtana to the next level, when he went on a mission to translate the Haggadah’s four questions into over 300 languages, for his book, “300 Ways To Ask The Four Questions.”

Spiegel’s quest began with his stumbling upon an article detailing how a certain Klingon expert, Mark Shoulson, was translating the Biblical book of Jonah into the language of Star-Trek. Spiegel asked Shoulson to translate the four questions into Klingon. Ricky Stein, Shoulson’s fellow community member, overheard of the project — and wanted to get involved.

Fast forward, and in almost 35 years, Spiegel and Stein have culled contributions from 850 contributors in 102 countries. Spiegel calls his volume a “modern Rosetta stone” and it includes a CD of recordings of Jews chanting the Ma Nishtana in Judeo-Iraqi, Libyan and Kazakh. Other languages included in the book are Middle Egyptian and an Egyptian variant that scholars of archaeological linguistics believe would have been spoken at the time that Hebrew slaves could have been in Egypt.

Some of the most exotic languages included in Spiegel’s and Stein’s book are Xhosa, one of the most widely spoken languages in South Africa, and Malinke, a West African language which many slaves brought to America spoke. Spiegel solicited the Chabad center in Sitka, Alaska to gain a translation into Tlingit, and asked the first Mayan novelist to translate to Mayan languages.

“By reciting the questions in the language of smaller or extinct Jewish communities, Seder participants can become aware of where Jews have been around the world and honor the varieties of Jewish exilic experience,” Spiegel says.

What better way to be aware of the Exodus than to experience its dislocations in language?