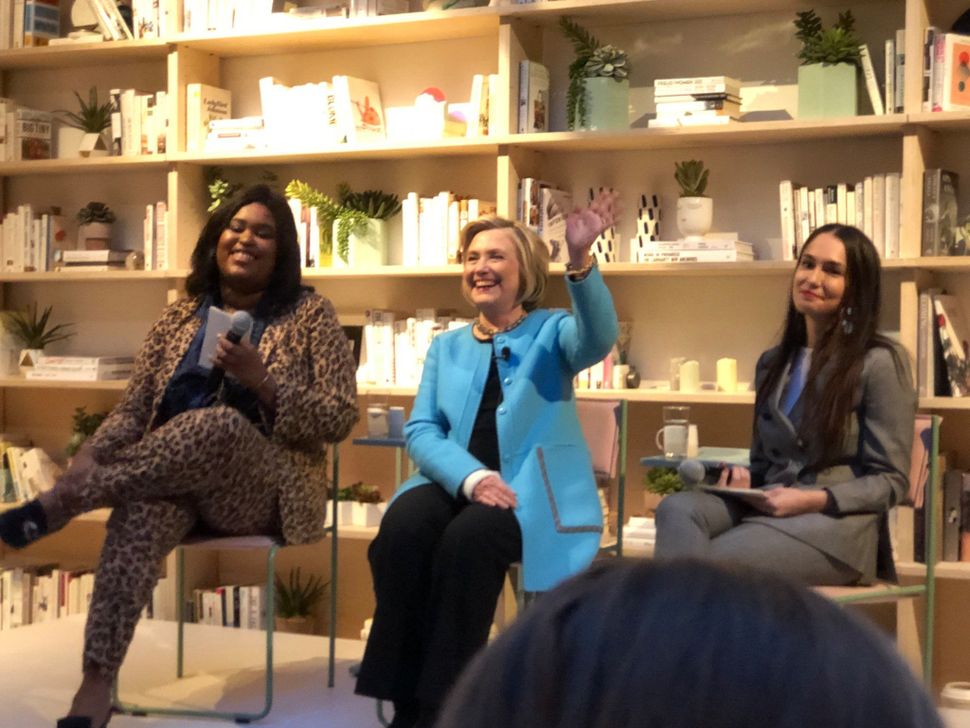 Hillary Clinton addressed a crowd of women at the women’s-only co-working space The Wing in SoHo last night, in conversation with Audrey Gelman (co-founder of The Wing) and Aminatou Sow (co-founder of Tech LadyMafia).

Clinton called Putin a “world-class misogynist”, People reported. “Angela Merkel came to visit him and he knew the intelligence and he knew that Angela Merkel was afraid of dogs. So, you have these one-on-one meetings. All of a sudden, while the press is still there, this very large black dog came into the room. It was meant to intimidate and embarrass Angela Merkel, who is one of the really great European leaders [of] post World War II…He took joy in that.”

Clinton added, “Putin said things about me and other women…some pretty contemptuous things.”

omg having an out of body experience this is so insane @HillaryClinton is at the frickin wing!!!! pic.twitter.com/pBjAapKQRd

Sitting at the front of the room in the all-women’s social lounge, as female audience members sipped on champagne, Clinton noted that #MeToo would still have happened if she had been president, but said that she thinks her 2016 loss accelerated the movement. “I believe that it was a wave that was building and building,” she said. “I think that my losing probably accelerated that wave, but the wave was coming.”

Watch part of the conversation here: