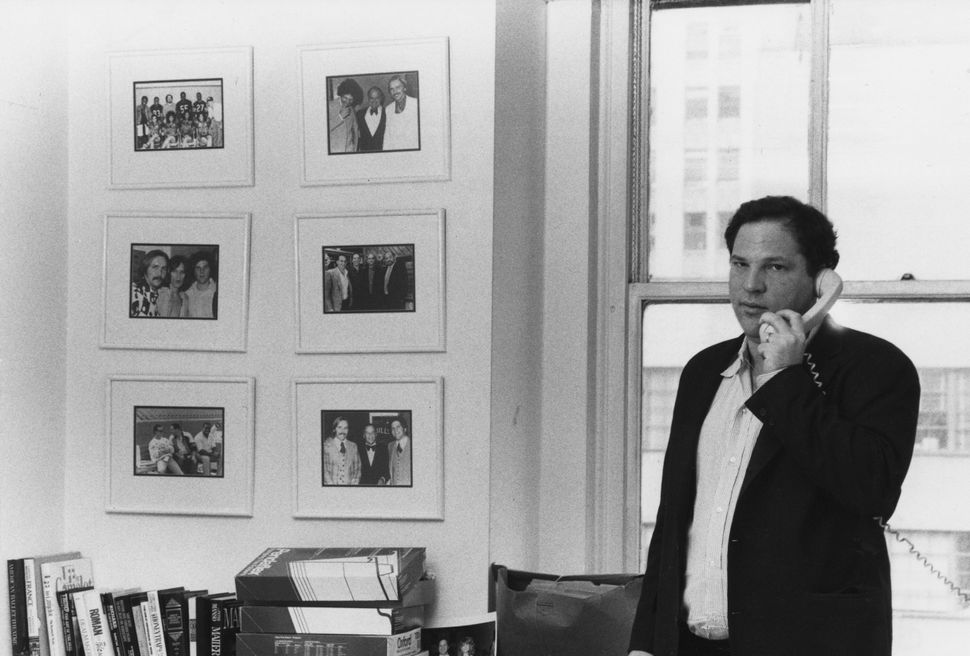 Assuming you’re a reader of the Forward, you’re probably well aware that “Jewberg” is not a real Jewish surname. According to a recent story in the Outline, members of the Russian media are not quite so savvy. In a bizarre twist, it turns out a self-proclaimed US State Department analyst and anti-Putin commentator named David Jewberg, who had been quoted by Russian news sources repeatedly over several years, is not a real guy. Go figure. It’s not movie news, per se, but the David Jewberg conspiracy sounds like a minor subplot in some terrible Adam Sandler movie you can only watch with a cable box.

If you need me, I’ll be frantically searching for a real person with the last name Jewberg; in the meantime, here’s your movie news.

The Forward’s Talya Zax wrote on “Die Stadt Ohne Juden,” or “The City Without Jews,” a 1924 Austrian silent film that was rediscovered in a Paris flea market in 2015, after all copies were believed to have been destroyed, damaged, or lost (another damaged copy was found in 1991). As Zax writes, The Austrian Film Archive recently restored the film, which tells the story of a city that exiles its Jews in a “wave of anti-Semitism connected to economic grievance,” before its citizens realize the error of their ways and “welcome the Jewish community back.” The organization hopes it will find a new audience amid revived anti-Semitism in Europe.

Martin Scorsese was recently asked a fundamental question: What movies make essential viewing for someone seeking to understand the United States? His answer: Those that “look squarely at the struggles, violent disagreements and the tragedies in history, not to mention hypocrisies, false promises.”

Yet, according to Zax, a recent curriculum designed by his nonprofit, the Film Foundation, entitled “Portraits of America: Democracy on Film,” fails to present films on these subjects by disenfranchised people. She recommends a few filmmakers he could instead include in the project, such as Maya Deren, Dorothy Arzner, and Alice Guy-Blaché.

Harvey Weinstein got dumped … by his PR company

The Forward’s Michael Kaminer met Rachel Fleit, a Brooklyn-based filmmaker who made a documentary called “Gefilte” about a prolific maker of the dish named Doreen Hermelin. Except, she says, “It’s really about love and loss in every bite of that Ashkenazi food. It’s my parents, their parents, and everyone who came before them. And on another level, it’s about a gazillion Jews, for thousands of years, who persisted in keeping tradition alive, and keeping Judaism alive, no matter what kind of oppression faced them.”

Handmaid’s Tale director to direct a film about Anne Frank

Reed Moran, director of Hulu’s “The Handmaid’s Tale,” “is in talks with Fox Searchlight to direct ‘Keeper of the Diary,’” according to TheWrap. The drama will follow Otto Frank’s quest to find a publisher for his daughter’s diary.