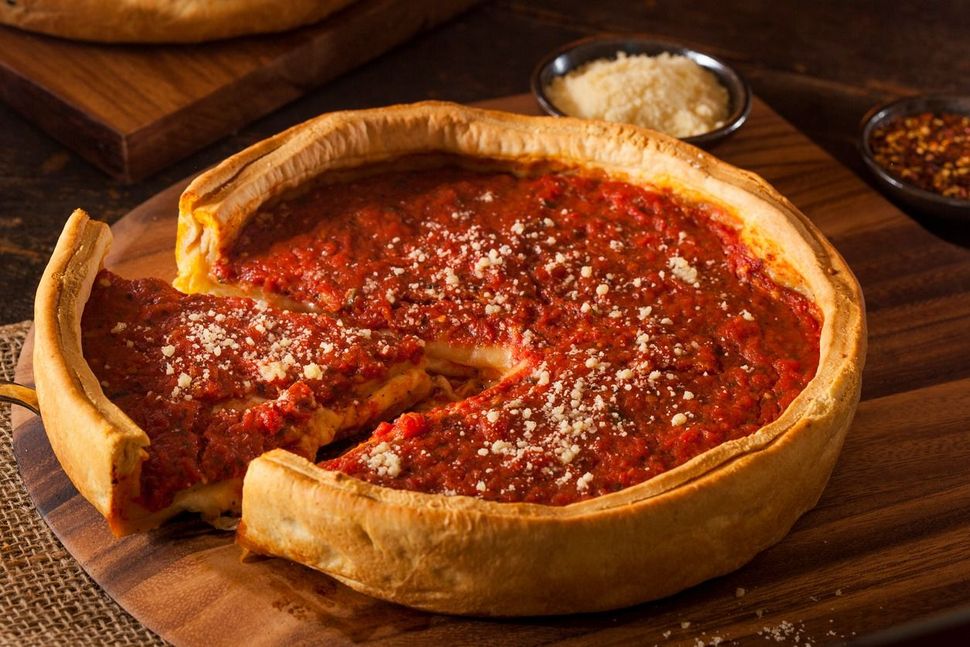 There is a short passage in the book of Exodus that has beguiled and befuddled rabbinic scholars throughout the ages. It occurs immediately after the burning bush sequence, as Moses, his wife Zipporah, and their son, leave Zipporah’s homeland and travel to Egypt, where Moses plans to demand freedom for the enslaved Israelites. Suddenly, the text reads:

Never have pronouns been more confusing than they are here. Whom does God seek to kill? Why? You won’t even believe what happens next (it’s wild.)The point is — all Moses is trying to do is give up everything he knows to follow God’s instructions, and then God tests and punishes him.

Which brings me to my point: It is the sixth day of Passover. It is also National Burrito Day. It is also, apparently Deep Dish Pizza Day. If you’re a Jew observing the dietary restrictions of Passover, just admit it — it is clear that the Lord has sought us, and is trying to kill us.

Behold: an angel sent by God to test us.

But we will not go down without a fight. We will emerge from this carbohydrate desert bloody but alive. Forget matzo pizza. Here are the internet’s best recipes for kosher for Passover pizza and Mexican food (pending your own milk-and-meat choices, of course.)

This pin includes a recipe for Passover nachos (made with plantains to give you a break from matzo!) and tortilla de patatas:

Deep dish personal pizzas with a cauliflower crust is honestly not at all disgusting: